From the “lesser of two evils” department, we have Joe Biden’s deep thoughts about Israel’s crimes against humanity.

When the president was in the process of test driving a Ford electric vehicle, a reporter at the scene asked him if he could give a statement on the situation while sitting in the car.

“Mr. President, can I ask you a quick question about Israel before you drive away, since it is very important?” a reporter asked.
“No, you can’t – not unless you get in front of the car as I step on it. I’m only teasing,” Biden said, with laughter heard in the background. The president then drove away.

What an asshole. I mean, seriously – that’s “funny”? Joe Biden being personable? He’s a dotty old creep who should be out to pasture on the endless golf course of irrelevance. We were wrong to have any hope; he’s just another paid-in-full member of the gerontocracy.

One great change, recently, is the presence of Rashida Tlaib, who is not afraid to speak up for Palestinian rights. It’s the first crack in the wall of unconditional support for Israeli crimes against humanity.

Tlaib got a “runway op” in which she was able to speak briefly with Biden, and apparently gave him an earful that he’ll doubtless remember as long as he can.

“Palestinian human rights are not a bargaining chip and must be protected, not negotiated,” the aide said Tlaib expressed to Biden. “The U.S. cannot continue to give the right-wing [Israeli Prime Minister Benjamin] Netanyahu government billions each year to commit crimes against Palestinians. Atrocities like bombing schools cannot be tolerated, much less conducted with U.S.-supplied weapons.”

That’s succinct and very carefully constructed. Note that it’s not Israel that is the problem, it’s Netanyahu’s government. The words “crimes” and “atrocity” are featured but those words don’t carry legal weight. As long as certain words are not used, it’s still possible to sweep Israel’s actions under the carpet. 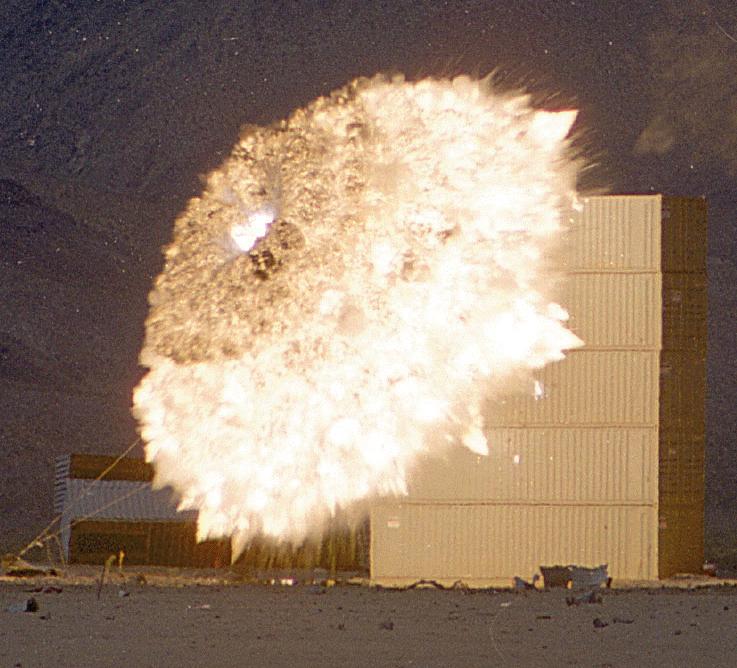 Congress is not even going to manage a symbolic gesture, such as delaying the sale of a massive new supply of Joint Direct Attack Munition(JDAM) worth $735 million. The JDAM, in case you don’t know, is the GPS-controlled terminally guided 1,000lb bomb – you give it the GPS coordinates, and drop it, and it navigates itself onto the target. Repulsive republican creep and racist jackass Tom Cotton actually suggested that it’d be a good thing for the Israelis to have more of them, since they would do less collateral damage and the bombing would be over faster. He’s manfully ignoring the fact that Israel already has lots of JDAMs (made in USA!) like the one used to knock down the Al-Jalaa tower a few days ago.

Israel already has plenty of JDAMs, this is just a resupply to top up the pantry; they’ve been using a bunch lately. By the way, as of this writing, so far Israel has flown over 150 air strikes against targets in Gaza – a hellacious shellacking by anyone’s standards. The claim remains that it’s strikes against Hamas or Hamas-associated targets, which ought to be expected given that Hamas is the duly-constituted democratically elected government of Palestine. Everyone keeps neglecting to mention that fact, for some reason. Hamas is the gift that keeps on giving for Israel – it’s serving a purpose similar to Al Quaeda or ISIS’s for the US – a carte blanche to blow things up. The US and Israel keep pretending to forget that “collateral damage” is still a war crime, and you cannot simply strike civilian targets by declaring them touched by the taint of the enemy. It’s the same maneuver the US has used to justify assassination drone strikes. Given the massive number of drone strikes the US launches, who’d have ever thought Al Quaeda was so damn big?

I lack detailed knowledge of the ins and outs of Palestinian politics, but it appears to me that Hamas is the duly constituted democratic government of Palestine – except that it won’t be allowed to govern because Israel is trying to kill everyone who steps into a leadership position. Meanwhile, the Fatah party appears to be acting as useful idiots: Abbas just cancelled a scheduled election (probably because he knew Hamas would win) [ap]

JERUSALEM (AP) – President Mahmoud Abbas announced early Friday that the first Palestinian elections in 15 years will be delayed, citing a dispute with Israel to call off a vote in which his fractured Fatah party was expected to suffer another embarrassing defeat to the Hamas militant group.

Hamas slammed the move as a “coup.” But the indefinite postponement will be quietly welcomed by Israel and Western countries, which view the Islamic militant group as a terrorist organization and are concerned about its growing strength.

For ordinary Palestinians, the delay leaves a long-entrenched political leadership in place that has failed to advance their hopes for statehood, heal the bitter rift between Fatah and Hamas or lift the blockade on the Gaza Strip, and which is seen as increasingly corrupt and authoritarian. Presidential elections planned for July also appeared to be on hold.

It’s not “convenient timing” – there has never been a time in which Israel has allowed Palestinians to form a functioning political system. That has also been part of the long-term strategy. If you keep blowing up your opposition, it’s easy to say “they aren’t negotiating in good faith” because they’re dead. That’s the trick the British tried using against the IRA and Sinn Fein and it didn’t work (Ireland laughs last, you brexiting self face-punching gomers!)

But, back to Biden:

“You’re a fighter and God thank you for being a fighter,” he said, promising to do everything he could to ensure that Tlaib’s family in the West Bank remained safe.

And, Joe Biden, you’re an asshole, and god pity you for being an asshole. Tlaib was not asking for you to protect her family, she was talking about all Palestinians. Biden’s just such a parochial jackass he can’t see that. I think it’s a very revealing remark.