This one shocked me. In retrospect, I realize it shouldn’t have.

Over at CounterPunch, there is a piece about Klaus Barbie – a genuine nazi mass murderer who became a US government employee. I remember hearing about Barbie back in the 80s, but I don’t think that the full spectrum of his crimes was publicly displayed. Perhaps his death in 1991 has allowed some of the bodies to cool enough that it’s OK to talk about him. The piece at CounterPunch is detailed and horrifying; I’m just going to extract a few pieces.

By the time Klaus Barbie went on the payroll of an American intelligence organization in 1947, he had lived several lifetimes of human vileness. Barbie sought out opponents of the Nazis in Holland, chasing them down with dogs. He had worked for the Nazi mobile death squads on the Eastern Front, massacring Slavs and Jews. He’d put in two years heading the Gestapo in Lyons, France, torturing to death Jews and French Resistance fighters (among them the head of the Resistance, Jean Moulin.) After the liberation of France, Barbie participated in the final Nazi killing frenzy before the Allies moved into Germany.

Yet the career of this heinous war criminal scarcely skipped a beat before he found himself securing entered on the US payroll in postwar Germany. The Barbie was shipped out of Europe by his new paymasters along the “ratline’ to Bolivia. There he began a new life remarkably similar to his old one: working for the secret police, doing the bidding of drug lords and engaging in arms trafficking across South America. Soon, his old skills as a torturer became in high demand.

A torturer? When I read that, I thought, “did he wind up working for the CIA?”

By the early 1960s, Barbie was once again working with the CIA to put a US-backed thug in power. In the years that followed, the old Nazi became a central player in the US-inspired Condor Program, aimed at suppressing popular insurgencies and keeping US-controlled dictators in power throughout Latin America. Barbie helped organize the so-called “Cocaine Coup” of 1980, when a junta of Bolivian generals seized power, slaughtering their leftist opponents and reaping billions in the cocaine boom, in which Bolivia was a prime supplier.

All this time, Klaus Barbie was one of the most wanted men on the planet. Even so, Barbie flourished until 1983, when he was finally returned to France to face trial for his crimes. In the whole sordid history of collusion between US intelligence agencies, fascists and criminals, no one more starkly represents the evils of such partnerships than Klaus Barbie. 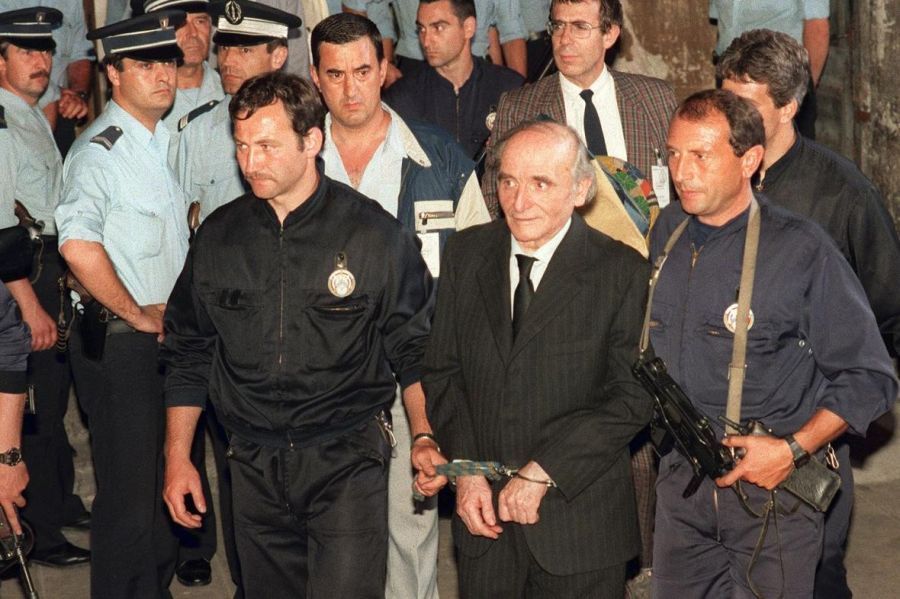 I remember one conversation with a CIA intelligence officer, back in 1999 – he insisted that such things are necessary, in order that US policy goals can be met. He quoted Orwell, in a manner that was downright Orwellian: “People sleep peaceably in their beds at night only because rough men stand ready to do violence on their behalf.” I recall countering with the idea that secret diplomacy is implicitly anti-democratic. That was back in the day when I believed that CIA (and NSA) operatives actually believe in something. Perhaps one or two do, but really they’re just following the dictates of power. Like, you know, nazis. Their fellow-travelers.

When it came to Barbie’s anti-Semitism, his American intelligence patrons once again sprang to his defense. Lieutenant Robert Taylor contended that Barbie “was not an anti-Semite. He was just a loyal Nazi.” Another CIC memo held that Barbie “showed no particular enthusiasm towards the idea of killing Jews.” In fact, Klaus Barbie got his start as an officer for the SD, a subunit of the SS charged by Reinhard Heydrich with solving the Jewish “problem” as rapidly as possible.

Nobody even existed in Reinhard Heydrich’s presence without being a murderous anti-semite. Nobody “just followed orders” from Heydrich without enthusiasm – and his orders were to kill as many jews as possible, as quickly as possible. It’s an interesting question whether Heydrich was a psychopath, a sociopath, or a piece of shit in human form, but the world became a slightly better place the day he died. It sounds like the same applied to Klaus Barbie. But, note: the US intelligence establishment tried pretty hard to run the clock out for Barbie, delaying justice.

Barbie was an important CIA “asset” including being involved in the capture and murder of Che Guevara. By the time he was finally arrested and forwarded for trial, he had lived a full life and was probably comfortably smug with the idea that his last years were not going to be lived in comfort and power.

He had impressive patrons: Heydrich, The CIA, and the government of Bolivia.

Jeffrey StClair’s piece at CounterPunch is very clear and damning. It also avoids the tendency of today’s media to equivocate and downplay people’s actions, which I admire. A year or so ago, I decided that I was going to allow myself to salt my postings with occasional invective – because calling someone like Barbie “a piece of shit” serves to stake out an opinion on the spectrum of opinion. I don’t want anyone to think that, perhaps, I think Barbie was anything but garbage, and I suspect his (unknown but at least:) 14,000 victims would agree with me.

I immediately thought “maybe StClair will write about Shiro Ishii next.” If you’re not familiar with that character, maybe you’d be happier not to be. There’s a posting about him and his subsequent service to the US Government that I keep thinking about writing but it’s so appalling and speculative it sounds like conspiracy theory.

A Lovely Article About Incipient Death » « Glue? Wait, What?