I have a couple ideas for how I want to do castings of Jack’s paw. One involves a negative mold, the other a positive.

There’s a saying, “only silicone sticks to silicone” which is pretty much true. Silicone will cross-link right into a cured piece and it’s as if it’s welded. So, you need release. 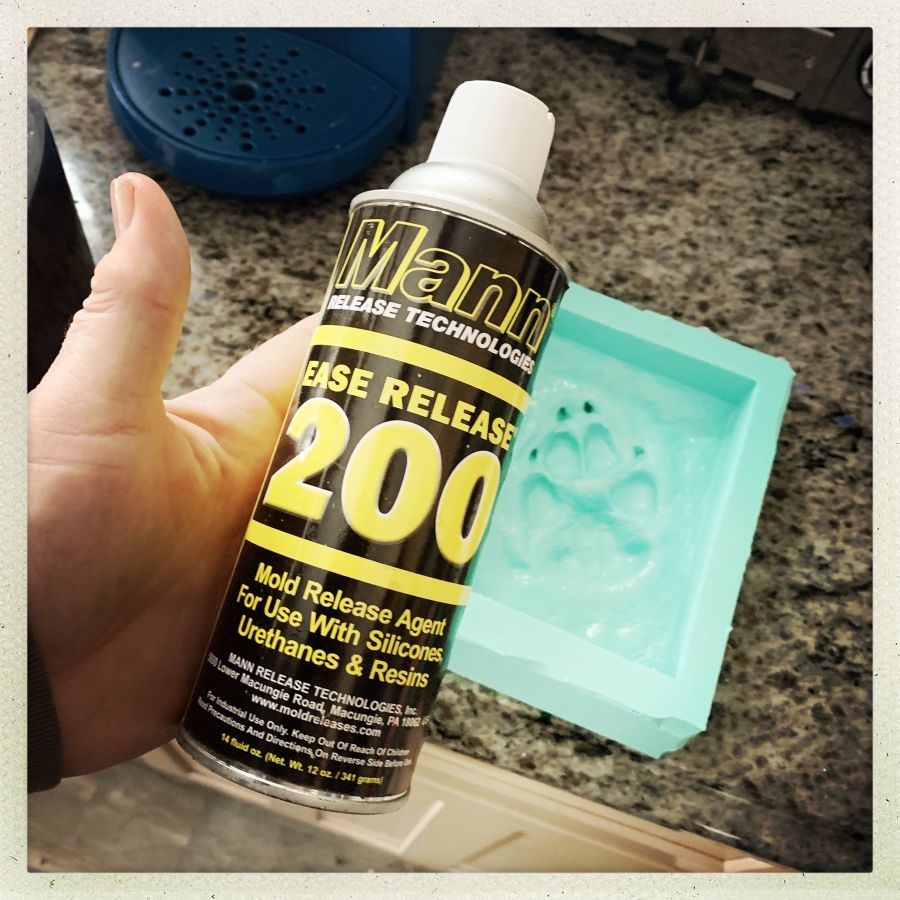 And, you need not just any release – you need a wax or petroleum release, not a silicone release! Most of the time when you are casting urethanes in silicone molds, you want a silicone mist between the mold and the urethane, so it’ll be less likely to do any damage to the rubber. However, only silicone sticks to silicone – a silicone mist can still bond to the fresh silicone, and you get patchy de-molding, tearing, and a ruined mold.

A few years ago I used this brand, which is different: it’s wax-based. I can tell because it has the distinctive smell of butcher’s wax (beeswax and turpentine) it’s getting atomized into micro-particles and driven into the cracks so the mold won’t bind. That’s the principle, anyway. You really need to know your materials if you’re working with glues, resins, or silicones; just knowing what’s compatible and what resists UV is a huge topic.

I absolutely love it when a situation works out such that I understand it, understand the engineering or chemistry or physics behind it, and predict the outcome based on that, and I’m right. Sometimes I’m so confident in my analysis that I charge forward fearlessly and don’t bother with experiments to confirm my expectations. This was one of those. I mixed a batch of purple silicone (left over from another batch that had different colored activator) and degassed it, then sprayed the inside of the mold with the wax release, poured it in, and let it sit.

Hours later, I examined the block of silicone and determined that the entire mass was welded together. I began to tug on one edge and the purple silicone started to stretch as though it was glued there, which makes sense, because silicone is also useful as glue. Uh-oh.

I was ready to throw the whole thing away in disgust and re-cast the mold from the original plaster, but I kind of twisted it in frustration, and the center popped cleanly out. That was when I realized that the casting was vacuum attached to the mold; it was not silicone-to-silicone bonded. Relief! Silicone is not cheap stuff. 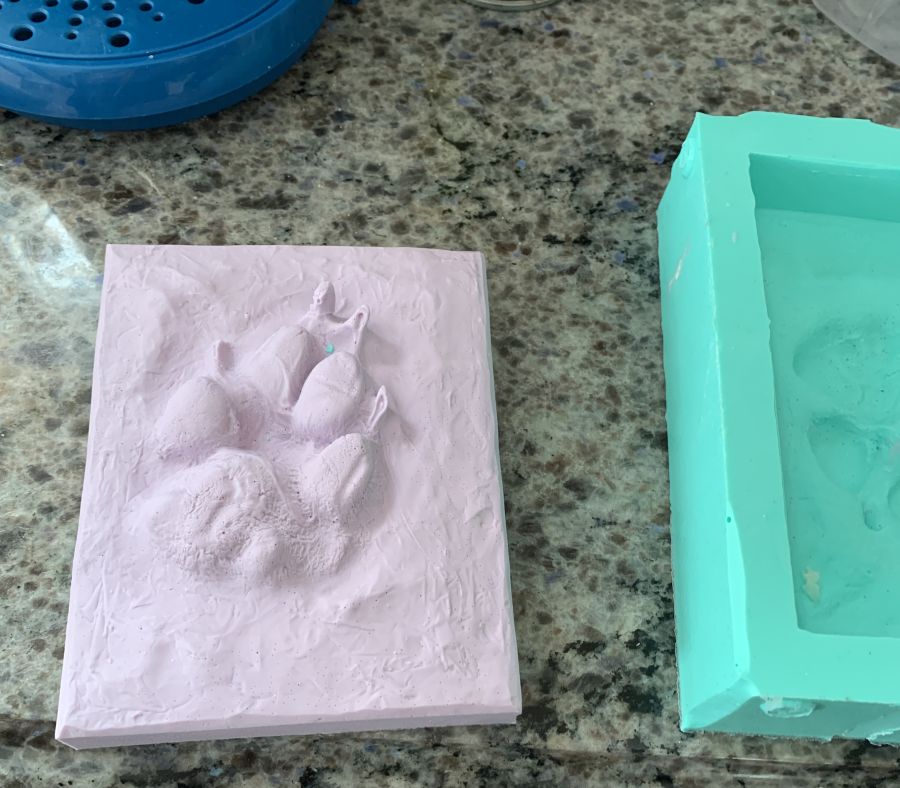 Now I have a purple silicone positive paw, and a green silicone negative. The plans are to cast some polyurethane plastic and powdered steel or bronze into the negative mold. That’ll give a pretty cool desktop plaque-oid thingie once it’s buffed with steel wool to bring the metallicity out. I’ll do that next week then the polyurethane plastic arrives in the mail.

The positive silicone mold is going to be more complicated. I have some polypropylene sheet, 1/8″ thick that I am going to bandsaw to shape so I can make a mold box that I can tape together around the silicone positive. Then I plan to mix some beach sand and resin and pour a layer of that in and let it cure. When I break the mold down, that should give me a paw-print in beach sand. After that, it’ll go back into the same mold box, so I can put some sea-glass that Voyager collected, and maybe a pebble or two, and I’ll do an over-pour of water clear resin on top of that. If it works out and is clear and bubble free then it’s just “a simple matter of” some sanding and polishing and I’ll have, in theory, a dog’s  footprint left over from an eternal beach frolic.

I love this stuff, because it’s all about figuring out a process that will get a desired result with a minimum of opportunity for failure. Really, though, the horizon of failure is pretty far away, once I have the plaster original safely stored, I can always re-wind and go back to a point where things were non-fail.