As I’ve mentioned before, I live in Trump country.

The rest of the Trump signs appear to have blown away in the night. 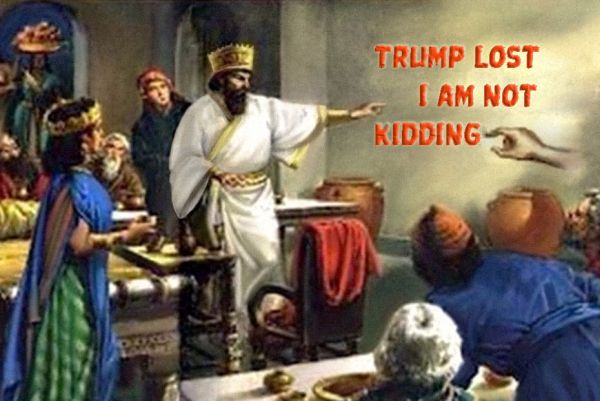 Actually… My friend Anna introduced me to the deliciously goofy world of internet memes. I keep thinking sometimes that I should post some of the better ones, except I’m fairly sure that anyone who is interested in the memeosphere will have already seen them, and anyone else isn’t interested.

Well-constructed memes are sometimes surrealist masterpieces, chock full of social commentary and weirdness. I know people (cough) who have hard drives full of them. 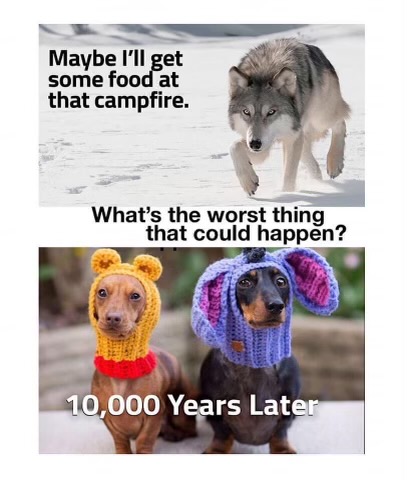 Someday someone will write a history of the evolution of memes, just as someday someone will write a book entitled “The Media Is The Message: Political Influence of Twitter and Social Sites” Tell me, professor, is Twitter part of the means of production or the system of oppression? I officially disapprove of Richard Dawkins’ (apparent?) popularizing the term,* because I feel like he’s simply reifying “ideas” into something meta-. One could just as well refer to Dawkins’ “memes” as “demons” and not change the meaning of the sentence, much. But it’s not dramatic to say “people have and share ideas, and ideas spread, change, and can unexpectedly exert subliminal influence.” But then, you know, “religion” is just “a bad idea” and it’s hardly breaking new ground to write a book saying “Religion is a bad idea we’ve been sharing for a long time. So is supply-side economics.” I’m comfortable talking about complicated topics without having to introduce specialized vocabulary. I wonder if we’ll someday have social histories of memes, and memologists.

There are collections of trolley car problem memes that go on for pages and pages. Don’t worry, I won’t post them. Not all of them.

* Or was it Vannevar Bush?