Whoever incites, sets on foot, assists, or engages in any rebellion or insurrection against the authority of the United States or the laws thereof, or gives aid or comfort thereto, shall be fined under this title or imprisoned not more than ten years, or both; and shall be incapable of holding any office under the United States. [emphasis mine]

There are lots of photos going around of republicans associating in a friendly manner with the insurgents, right before they began their attack. And, of course, Trump was egging them on. It’s not going to happen, but there are a lot of government officials, today, who disqualified themselves from holding any further office. I know the democrats are generally also part of the oligarchy party, and won’t actually go on the attack, but all the talk of impeachment is nonsense. Go straight for the throat. 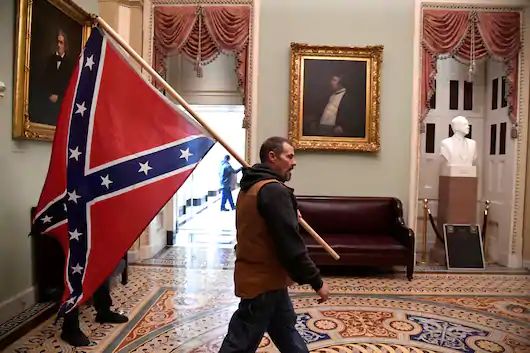 They were even carrying their rebel battle flag. Treason is probably a bit much, but Insurrection charges could be made to stick.

No republican congressperson who supported today’s events should be allowed to stand up to speak without someone shouting “Insurrection! Rebel! Traitor!” any time, for the rest of their career.

I’m going to go out on a limb and guess that the woman who was shot and killed was the victim of an accidental discharge from one of her compatriots. Those idiots have no sense of firearm safety and it definitely wasn’t one of the capitol police, who appear to have forgotten how to shoot people, entirely.

Based on nothing more than my contempt for these stupid chucklefucks, I’m making that prediction.

Item 3: A Note About Computer Security

Apparently when congress and staffers skedaddled, several of them left laptops and desktops logged in and turned on, with email, schedules, etc., all sitting right there.

Doubtless, they were told “hit the deck and get out of here” by frantic, thoughtless cops, who need to be taught to tell people “log out of your computer and grab any sensitive materials you may have and get out of here.” It was a mob, not a nuclear weapon – they had time.

When I play computer games, I always laugh at how you can be sure that whenever you access an ’email terminal’ there are secrets and PINs and keys to unlock the vault; those plot devices are stupid and obvious because they are stupid and obvious. If you’re dealing with important information, your computer is your responsibility.

I can forgive the Architect Of The Capitol’s office for not thinking they might come under attack, but having a scaffolding that gives access to the second story of a secured building is also exactly the kind of dumb trope we make fun of when we’re playing stealth action video games. While I was playing Ghost of Tsushima one thing that annoyed me was the knowledge that every Mongol camp was going to have at least one flaw in its defenses – a log up against a palisade, a big boulder and some tall grass creating a visual shadow near the gate, etc. It’s sad to see that’s how the real world is.

By the way, the Architect Of The Capitol is a real office; they’re responsible for the plans and floor plans and security systems design and layout for the entire capitol complex. I did some consulting for them back in 1995, when they were establishing a fiberoptic ring connecting all the buildings in the area, and I was trying to explain that having the Library of Congress’ open access systems on the same network as the access to congressional email was a bad design. I wonder how that played itself out? Never mind, I’m sure it’s stupid.

Maybe this will change, but it appears from the news reports I have seen, that capitol police only arrested 13 insurrectionists, and seized 4 guns. That’s amazing, given that there were hundreds of people who broke through the police line. When the protests erupted after Trump’s 2016 electoral college victory, DC police were sweeping up large groups of people – and charging them as a group, too.

Overt hypocrisy, or, as the joke about sharks refusing to eat lawyers goes, “professional courtesy”? Maybe they didn’t want to arrest friends and family because it would make for awkward holiday get togethers.

Also: guns are illegal in DC. Someone, somewhere, would have had to have directed officers to ignore gun-carrying loonies unless they were shooting people, or something. There’s got to be a pretty interesting audit trail surrounding that order. FOIA, anyone?

But that’s hardly the beginning of it. There are videos of officers negotiating with the insurrectionists, then opening the barriers and letting them through. Wow, DC/Capitol police, it’s a good thing you weren’t responsible for defending Rorke’s Drift or anything much less significant than the US Capitol and congress. I generally lack respect for cops, but you guys have achieved a new low in my eyes.

Wait, as one famous British officer fitness report said, “He has struck rock bottom – and begun to dig” – the DC/Capitol police also posed for selfies with insurrectionists.

I know, it’s inappropriate to say “heads must roll!” in the police, because for fuck’s sake, they already should be rolling like golf balls because of all of the innocent, unarmed black people cops have been shooting.

My “fuck you” tank just ran dry – that’s what that sucking sound is.

It appears from video that the DC/Capitol police did not have gas masks, so when they started pepper-spraying insurrectionists, the insurrectionists pepper-sprayed the cops right back. As much as I think that’s funny, it’s such a high level of clueless incompetence that it actually hurts to contemplate. 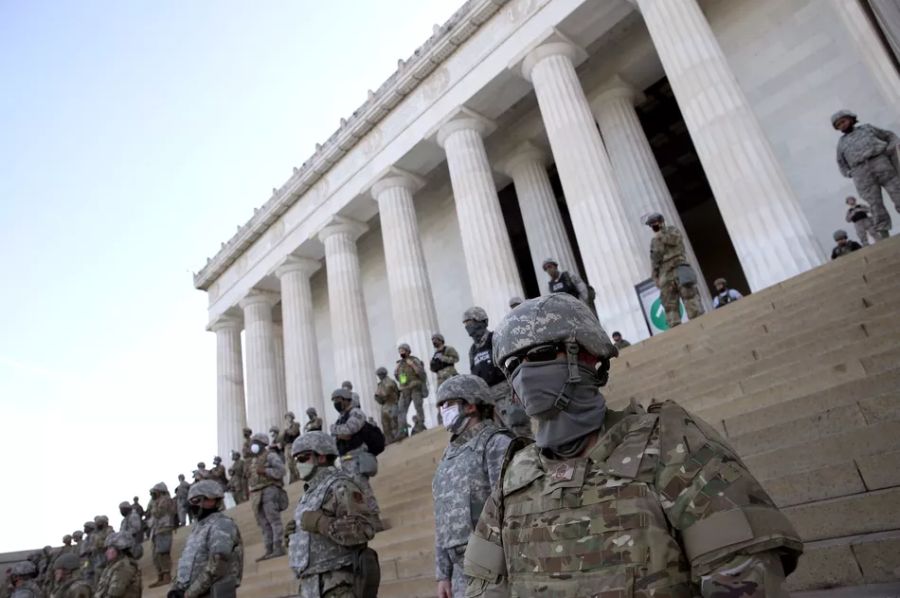 When that is how you prepare to receive Black Lives Matter protesters, you should not have idiots without gas masks squared off against Proud Boys who openly claimed they were coming to DC spoiling for a fight. Fuck me sideways, the cops weren’t even trying to pretend.

Otherwise, see my previous remark about “heads must roll!”

I understand that it is not customary to indict sitting presidents. You know what? It’s time to break custom. Breaking customs is what bad leaders and great leaders do.

Hope » « Sealed With a Curse As Sharp As a Knife…