Hanna Arendt’s The Origins of Totalitarianism has been widely quoted, lately. To say it’s interesting is an understatement, but I have long felt that she’s over-generalizing the commonalities between Stalinism and Hitlerism. 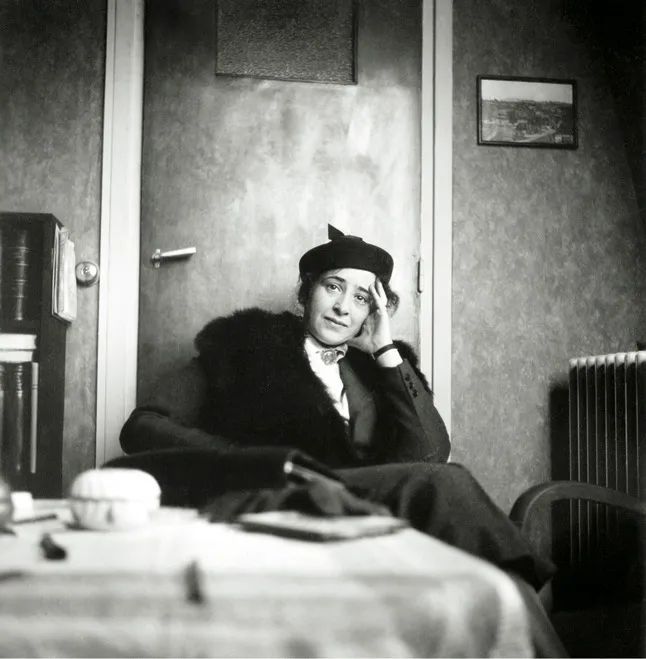 Imagine being Hannah Arendt and going through life being sick of humanity’s shit.

On the other hand, sometimes what she writes seems like a future anthropologist reaching back to those of us stuck in the present:

So long as the movement exists, its peculiar form of organization makes sure that at least the elite formations can no longer conceive of a life outside of the closely-knit band of men, who even if they are condemned, still feel superior to the rest of the uninitiated world. And, since this organization’s exclusive aim has always been to deceive and fight and ultimately conquer the outside world, its members are satisfied to pay with their lives, if only this helps, again, to fool the world.

The chief value, however, of the secret or conspiratory society’s organizational structure and moral standards for purposes of mass organization does not even lie in the inherent guarantee of unconditional belonging and loyalty – an organizational manifestation of unquestioning hostility to the outside world – but in their unsurpassed capacity to establish and safeguard the fictitious world through consistent lying.

The whole hierarchical structure of totalitarian movements, from naive fellow travelers to party members, elite formations, the intimate circle around the leader, and the leader himself, could be described in terms of a curiously varying mixture of gullibility and cynicism, in which each member, depending on his rank and standing in the movement, is expected to react to the changing, lying, statements of the leaders and the central unchanging ideological fiction of the movement.

The mixture of gullibility and cynicism had been an outstanding characteristic of mob mentality before it became an everyday phenomenon of masses. In an ever-changing and incomprehensible world the masses had reached the point where they would, at the same time, believe everything and nothing, think that everything was possible, and that nothing was true. The mixture in itself was remarkable enough because it spelled the end of the illusion that gullibility was a weakness of unsuspecting, primitive, souls and cynicism the vice of superior and refined minds. Mass propaganda discovered that its audience was ready, at all times, to believe the worst – no matter how absurd – and did not particularly object to being deceived because it held every statement to be a lie anyhow.

The totalitarian mass leaders base their propaganda on the correct psychological assumption that, under such conditions, one could make people believe the most fantastic statements one day, and trust that, the next day if they were given irrefutable proof of their falsehood, they would take refuge in cynicism. Instead of deserting the leaders who had lied to them, they would protest that they had known all along that the statement was a lie and would admire the leaders for their superior tactical cleverness.

What had been a demonstrable reaction of mass audiences became an important hierarchical principle for mass organization. A mixture of gullibility and cynicism is prevalent in all ranks of totalitarian movements, and the higher the rank the more cynicism weighs down gullibility. The essential conviction shared by all ranks, from fellow traveler to leader, is that politics is a game of cheating, and that the first commandment of the movement is “The fuhrer is always right” is as necessary for the purposes of world politics – that is, world-wide cheating – as the rules of military discipline are for the purposes of war.

The machine that generates, organizes, and spreads the monstrous falsehoods of totalitarian movements depends again on the position of the leader. To the propaganda assertion that all happenings are scientifically predictable, according to the laws of nature or economics, totalitarian organization adds the position of one man, who has monopolized this knowledge, and whose principal quality is that he was always right and will always be right.

To a member of a totalitarian movement, this knowledge has nothing to do with truth, and this being right, nothing to do with the objective truthfulness of the leader’s statements, which cannot be disproved by facts but only by future success or failure. The leader is always right in his actions and, since these are planned for centuries to come, the ultimate test of what he does has been removed beyond the experience of his contemporaries.

The only group supposed to believe loyally and textually in the leader’s words are the sympathizers, whose confidence surrounds the movement with an atmosphere of honesty and simple-mindedness, and helps the leader to fulfill half his task, that is to inspire confidence in the movement. The party members never believe public statements and are not supposed to, but are complimented by party propaganda on that superior intelligence which supposedly distinguishes them from the numb, totalitarian, outside world which, in turn, they know only from the abnormal gullibility of sympathizers.

Only nazi sympathizers believed Hitler when he swore his famous legality oath before the supreme court of the Wiemar Republic. Members of the movement knew very well that he lied, and trusted him more than ever because he apparently was able to fool public opinion and the authorities. When, in later years, Hitler repeated the performance for the whole world, when he swore to his good intentions and, at the same time, most openly prepared his crimes, the admiration of the nazi membership naturally was boundless.

I often feel that books like this, or James Baldwin’s The Fire Next Time are a sort of mirror; their authors have not seen the future, but rather they see their own present so clearly that when we read them, we ourselves do the hard work of aligning the past with the present. 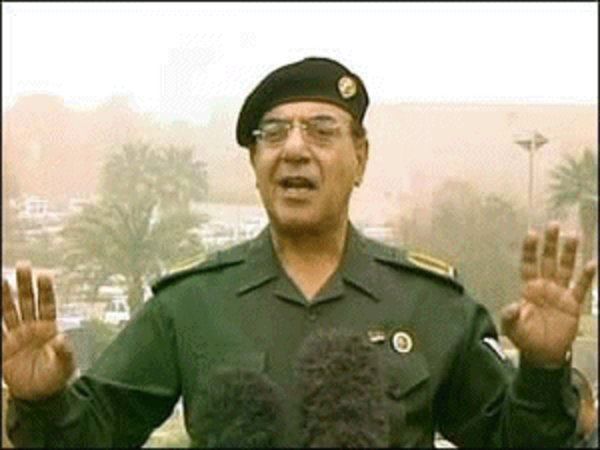 To the degree to which Arendt is correct in her analysis, all of the media’s attempts to debunk Trump by counting and pointing out his lies, are a fruitless effort because the achievement of the lie has already been accomplished. Just the fact that he can spew such utter bullshit is what excites his base.

We can read Arendt’s thoughts in terms of Trump, obviously, but they apply as well to “Baghdad Bob” – nobody who heard him believed him, but he had already scored a victory simply by being willing to go out there and show that he could say dumb things with impunity; that was a success in and of itself. If this is accurate then, yes, what the republicans are doing right now with their weird “coup de stupide” is pure cynicism – they’re not actually expecting any of it to work, but the fact that they’re able to get in front of the mic and say nonsense means that they’ve learned that they can do that, and they’ll do it again. If Arendt is right, the republicans will never stop doing this, now. The only way Trump and his followers will shut up is if they are silenced with great force. Put another way, Mao, Stalin, or Hitler would have shot the lot of them long before now.