Surveillance videos of the bombing in Nashville are cropping up from all over. I’m able to keep a certain detachment from what’s happening by focusing my interest on the explosion and its effects, and hypothesizing how it was arranged.

The perpetrator, who has now been identified, appears to have either not been trying to kill himself, or to have missed a trick: one of the reasons McVeigh’s bomb in Oklahoma City was so effective was because he parked his truck in a location where the blast was directed up and inward. This guy parked on the street like a normal vehicle, so much of the blast went up and down the street, and into the sky. If his target was the AT&T building, why didn’t he break one more law and go up the sidewalk? It would have made the difference between blowing the front off the building, and completely collapsing it. 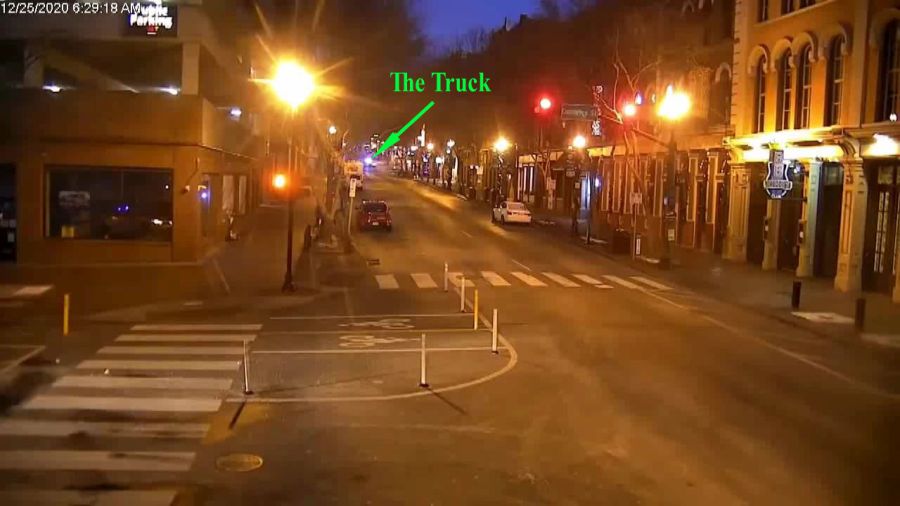 In the video, a few seconds before this screenshot, a cop was walking by the lane dividers in the foreground, heading toward the camera’s position. Two seconds later, the bomb goes off.

Screenshots of the explosion aren’t very interesting – it’s just a bright ball that overloads the camera’s CCD. What happens next, though, is we get a good illustration of how far the fireball reached: 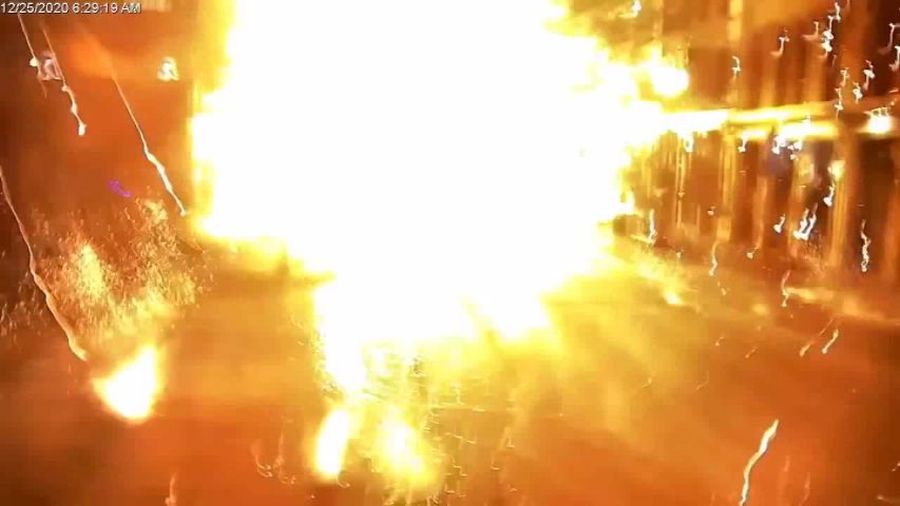 Ammonium nitrate has a detonation speed of over 10,000 feet/second, which makes it a high explosive. Compare that to black powder, which explodes at around 700 feet/second, depending on its grain structure. The damage done by high explosive is a combination of that the energy gets dumped into the initial shock impulse more thoroughly (it’s a spike, not a wave) and things that might be able to deform slightly under a less severe impulse – tend to shatter. Military explosives, such as C4, explode in the ballpark of 30,000 feet/second. The frame above is the frame after the initial blast, so it took 1/30 of a second for the fireball to travel down the block and reach the camera. 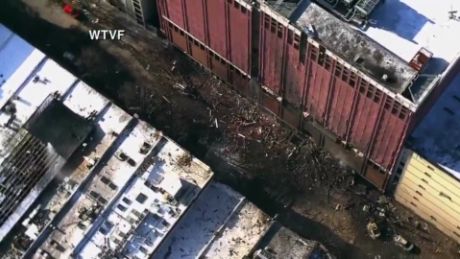 The point of that being, that bricks and mortar turn to powder in the presence of that kind of shockwave. The fronts of all the buildings nearby are rubble. The AT&T building is the big red thing. It appears to be one of the 1970s-edition AT&T centers, which sprang up around the US during the protests in the 60s. The building is damaged, but not so much. 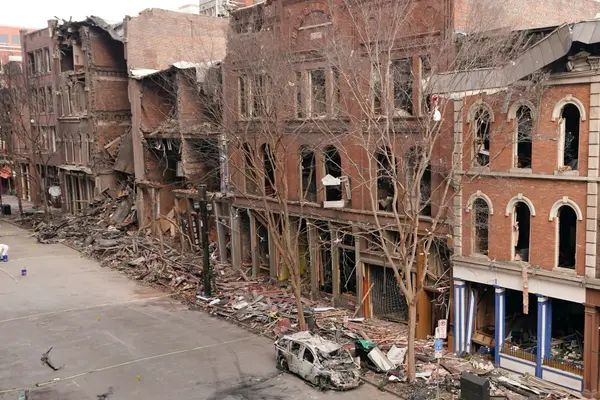 This is the damage to the other side of the street from the AT&T building:

The buildings have open front porticos – if the truck had been parked close to them, they would have collapsed, like the Murragh building did in the Oklahoma City bombing. As it was, the AT&T building doesn’t look that badly damaged (though doubtless there was a lot of shock inside) [Update: the FBI is looking into whether the bomber believed the government is run by alien lizard-men. Really.] 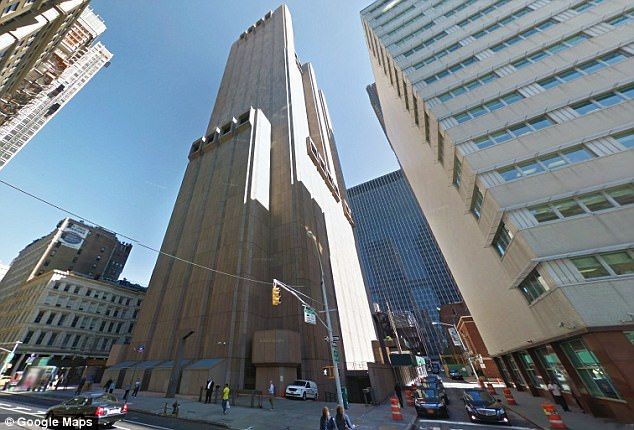 I first started to realize that the surveillance state was a thing back in the 80s when I asked questions about a building in Baltimore that had a big steel blast tambour they lowered in front, every night. It was an AT&T building, too – apparently built to be able to withstand civil unrest. I guess it’s good that the government and its subsidiaries were prepared for the worst, unfortunately I think that they were preparing to, you know, keep spying on the people and not stop even if the peasants did the pitchforks and torches thing. 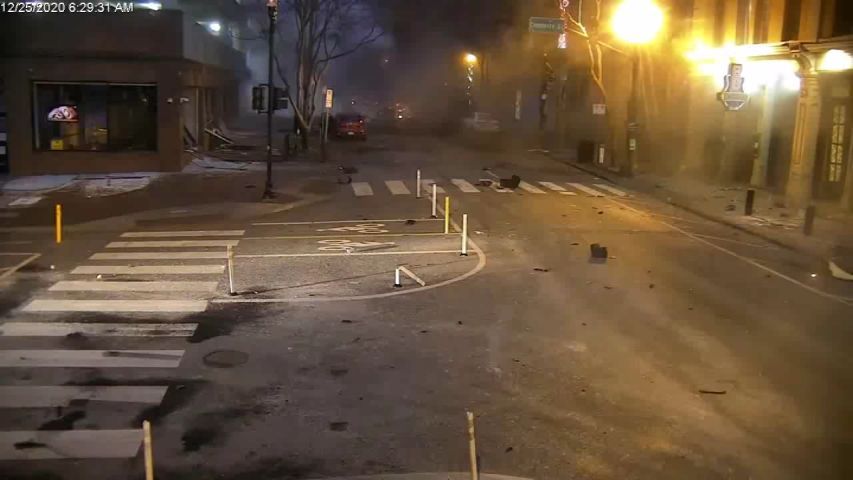 4 seconds. That’s all it took. You can see that the camera’s angle is changed; presumably whatever it was attached to got bent by the blast. Interestingly, some of the street lights did not fail. Explosions do weird things – some spots act as foci and are utterly pulverized, while others are in the shadow of something else, and only get back-blast and flying object damage.

I’m really glad that the bomber did not wait until the street was crowded with socially-distancing people; that would have been horrific. When the CIA does a drone strike, they aim for the crowds.

This is nothing anybody should inflict on anyone.