I’ve been a bit quiet and distant lately, or I feel that I have.

I’m trapped in Trump time. The election, a slow-moving trainwreck, has captivated me, riveted my attention, and I can’t blink. I can’t blink until it’s over, because – have you noticed? – the foes of righteousness are really sneaky pieces of shit, and right know they’ve turned the knob way past “shameless.” If you blink, they’ll eat your kitten and start a war with some other country; all in a day’s work. 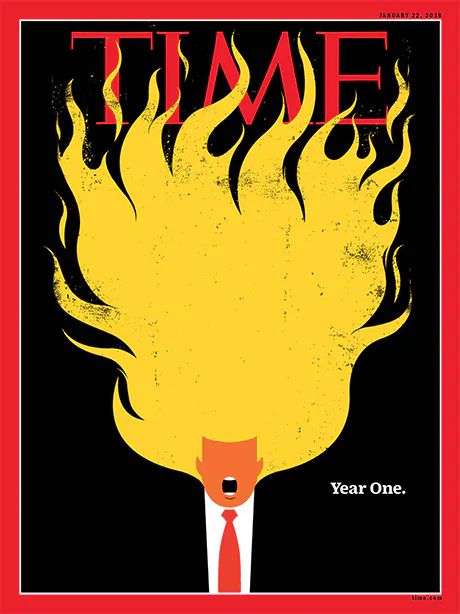 There’s a reason that “shameless” matters: at a certain point in your politics, you can no longer deny that you’re being a ruthless and dishonest bastard. Times like now bring a certain clarity, as people you thought you somewhat understood begin walking around with blood-dripping poignards, “Well, what, this is how I have always believed, you just allowed yourself to think I cared.” The de-masking happens because we convince ourselves that someone is not really that bad, since we have to work with them. Maybe they’ll wake up someday, maybe they’re not really monsters, maybe they can be trusted. The last month, for me, has been looking into America as it rips its mask off and confirms and clarifies, absolutely, how right James Baldwin, and Martin Luther King, Jr., and Malcolm X, and Howard Zinn and Sojourner Truth and Frederick Douglass (I hear he’s doing great work these days!) and Ta Nehisi Coates really are – I don’t have to confront the fact that half of the US hates me because of something that I am [I’d say about 10% hate me just because I’m a liberal!] and wants to eradicate me.

I want to say something dramatic like, “this is the year that the mask came off” except I realize how stupid that is. 1968 was the year the mask came off. 1794 was the year the mask came off. 1965 was the year the mask came off. 1861 was the year the mask came off. See? That’s bullshit. What that really says is that decent people have sought long-term accomodation with a monstrous system run by and for monstrous people, who will pretend do be decent just long enough that they can go back to doing whatever shitty thing it was they wanted to do all along. I’ve styled myself, fairly enough, a nihilist and extreme skeptic about politics, but now I realize that I hadn’t really looked into the abyss carefully enough; it’s deeper than it looks. It started with me feeling contemptuous of my neighbors who fly Trump signs, transitioned to me feeling a bit uncomfortable when I read things about “right wing militias” and left me wondering what is the plan for a general strike and how violent it needs to be. Not “will it be violent” but “will it be time to load clips and put the ghillie suit out to collect leaves and tangles.” I know that reaction, on my part, is what Anna would describe as “very white.” But it’s because my people (so far as I can say that) have an accomodation with the system that allows us to participate in it without being too obviously part of a machine that needs to be stopped and re-calibrated.

And that’s the other reason I sit here, feeling trapped. In a reasonable world (whatever that is!) the republican party, now that they have gone into naked treason and demonstrated conclusively that they only follow the rules of the system where it’s in their benefit – would be suppressed: weeded out, fired or braced and disempowered, drummed out of polite society. In a reasonable world (whatever that is!) Ivanka Trump wouldn’t be invited to another Metropolitan Art Museum annual gala, she’d only get invitations to machine-gun shoots down in Georgia. This is not just a “culture war” it’s a culture war laminated to a class war and both of those agendas align against liberals and progressives. So Biden and Harris won, which is good, but not the senate, which doesn’t matter anyway, because Biden and Harris were not going to use the power they’ve been given, to cripple and disempower the republicans. The democratic party has tuned itself to accomodate and co-exist with the republican party and it’s not a war to the death – it’s a symbiosis. We all know that; we’ve all seen it. But I’m glued to the news-cycle waiting for the many other shoes to drop: all of Trump’s staff that just blew off summons to testify; they’re going to get away with it. Bill Barr’s turning the DoJ into a partisan consigliere; they’re going to get away with it. The packed judiciary, the gerrymandering, the stolen election in Georgia 2018, yadda yadda yadda; they’re going to get away with it. Just like they got away with killing 1.5 million Vietnamese and Cambodians, and setting up and defending Jim Crow. We’re accomodating people who act like Susan Collins to our faces, and Ghengis Khan to our backs.

All of this makes me feel stupid when I try to create something beautiful. Lately, I’ve been sending money to anti-republican candidates but I feel resentful as I do even that, because it’s an admission that I’m also playing in a corrupt system. Throwing money at a candidate you really shouldn’t trust, because they’re the lesser of two evils, does not mean you’re doing anything you believe in; it just means that you’re caught in the gears of the corrupt system and are playing my its corrupt rules. I don’t believe that “this is the time, now or never!” any more than I believe that World War I was the war to end all war.

So I’m trapped, watching the news cycle like an addict, quivering with hatred the whole time. It’s not healthy to be so worried, so attentive, and so angry.

The kind of material I am consuming is everything I can get my hands on about the people who are bringing us this tsunami of shit. It’s easy to figure that the main actors are horrible shitty people, but they’re such caricatures that their hangers-on are less visible. It’s as if, after getting a good idea what bastards Sauron and Saruman are, we decided to ignore the Nazgûl. Meanwhile, they understand it’s a war to the death and they’re not thinking “I’ve learned my lesson, I’m not going to try that again” it’s “I’ve learned my lesson, next time I’ll prepare better and be sneakier.” The republicans are not learning right now that it’s impossible to perform a soft coup; the lesson they are taking away is that all they need is control of the house, too, and they could pull it off next time. The danger is not this coup attempt, it’s what the republicans are learning from this coup attempt. I hate to say this, but there ought to be massive purges after this. If that doesn’t work, there needs to be cultural revolution-level re-structuring and purges; I once interviewed a software company’s CEO who had grown up in China during the cultural revolution – she talked briefly about walking to school down the street, and recognizing her teachers hanging from the trees and lamp-posts outside of the school. That kind of shit changes you. This kind of shit is going to change a generation of Americans. It had better. I remember, when I was a kid, that there was a huge amount of talk about the Battle of Da Nang, and the Tet Offensive fighting in Saigon – I didn’t understand any of it, but I grew up understanding that it was an important moment. It shaped a lot of people in a lot of ways (the permanent war party calls the backlash from the Vietnam war “Vietnam Syndrome” – i.e.: the desire to keep that from happening again).

I’m afraid that right now everyone’s feeling is that they just want things to go back to normal. They want the COVID vaccines to get out into the public, they want the movie theaters back, the grocery stores to not feel threatening, etc. There’s economic uncertainty and pain right now – which is why the politics are going the way that they are – the republicans are taking advantage of the situation to try to take over the government. Treason is everywhere and I’m afraid that if we can get through to the other side of this, we’ll all be so happy that we try to forget the whole thing. If there’s no retaliation for this; next time they do it, they’ll have all the pieces in place and it won’t be a clown like Rudy Giuliani as the front-man.

After 4 years of Trump, everyone should have figured the whole situation out well before now. Sure, there were nervous nellies talking about how he’d try to steal the election, but I admit I was one of the ones who scoffed at the idea. Now, we’re in full-blown treason and everyone’s trying to get back to a situation where we were merely scoffing about it. Damn all these assholes for pushing things so far. I guess the nature of power is to never relinquish it willingly.