There have been a few times in my life when I was paralyzed with fear. [stderr] Usually, the paralysis is short, followed by an extended high-speed run.

In 2012 I had a rough year. The year before I had put down my dogs – the best friends I have ever had – and I was still sad and upset about the big not-smelly hole they left in my life. I live on a farm in the middle of noplace and managed to raise them so they were confident that, no matter where I roamed, I’d come back to them. I had a neighbor who’d feed them if I was out of town for work and I asked her, once, how they boys did when I was away. She said that they just lounged around on the porch and in the yard, ate and drank normally (they were raised without food stress so there was no food obssession) (besides they could always find a woodchuck, rabbit or a deer to eat) – they just powered down into a wait mode. But every time they heard the gravel at the end of the driveway crunch, about half a mile away, they’d stand up and take up positions on the bluff where they could see the whole driveway, to check if it was my car.

They were great big wolfy-things. Farm dogs. Dirty and maybe a bit scary looking. But they were Shiloh Shepherds, bred to be companion/rescue dogs, and they were serious but not threatening. Gentle but businesslike. They seldom barked, except I remember Jake once said “whufff” to a bear that walked up on us, then they both sat down and looked at eachother, nodded, and everyone went about their business. In their prime, they weighed about 150lbs and stood elbow-tall on me. Miles could run a pace alongside a kid on a dirt bike, grinning a wolf-grin as the kid left streaks of terror-shit in the air. Jake never bothered: he was a strategist, he’d just step out from behind a tree and watch the mayhem. 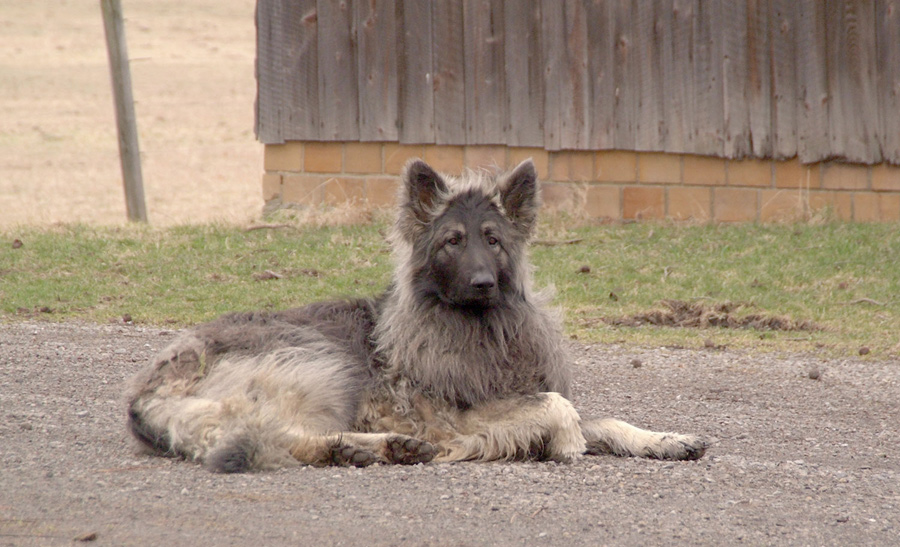 P&C’s Miles Vorkosigan makes sure the driveway is acceptable

I’m not going to exaggerate – I took their deaths hard, especially because of the manner and abruptness of it. I have a few friends who tried to cheer me up and it mostly failed. In 2013 one of the photographers I used to hang out with, up in Allentown, invited me to a Halloween get-together that he was having at his studio, so I figured “what the hell” and put on a pirate shirt and breeches, big belt, flintlock or two, rapier, bucket top boots, a baldrick, black eyeshadow, hopped in the truck and left my empty, dark, lonely house. 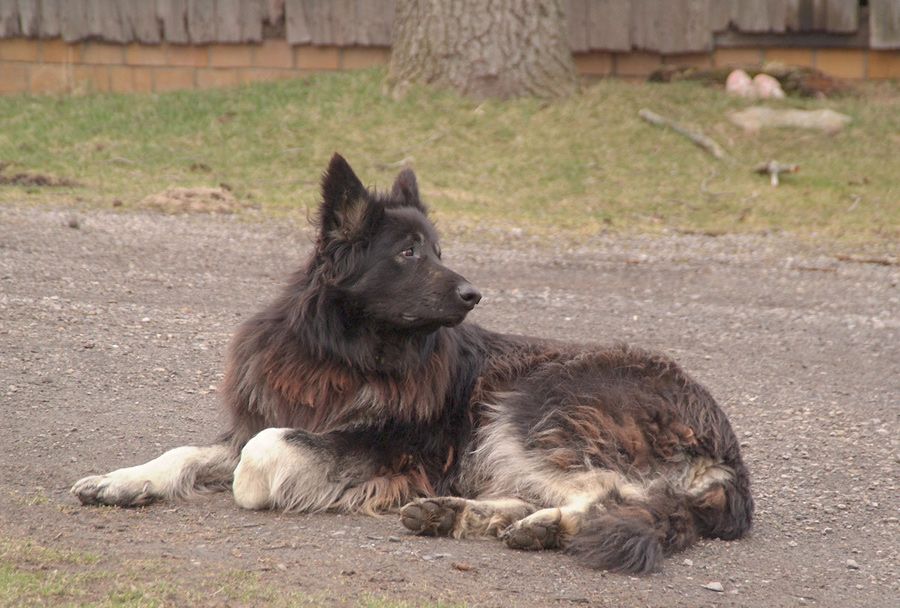 I got to the party and, of course, I was the only person there in costume; I hadn’t gotten the memo. I really didn’t care, but I did get tired of people asking me if the sword was real, so I skewered an apple with it – that kind of thing. I’m antisocial, which is odd because my career consisted of going to conferences and talking to people, or consulting and talking to people, etc. But I hated all of that; I was just pretending because I had a job to do. It was odd; after 16+ years of that, I started to feel like I was a split personality: the real me, and the corporate cosplay, or the social flutterer. I fluttered around until about 9:00pm and said some goodbyes, then hit the road for the 3 hour trip back.

As I got close to home, I was appreciating the full moon’s silver light on the trees and roads; it was so bright I could have turned the truck’s lights off and driven in the dark except I didn’t want to hit any deer or a cop or whatever. I was listening, I clearly remember, to the Bill Cosby skit about the old “Lights Out” show and how he could scare himself half to death. I turned into my driveway and remember thinking, “now, if there’s a time to be scared, this is it: it’s Halloween and it’s just about midnight” Heh. Good thing I’m a skeptic.

I thought of my dogs and felt sad; this would also be the kind of night where they’d be guarding the ridge-line and when they recognized my car they’d saunter down, tails waving majestically, to greet me with gracious but sincere courtesy. They had dignity. Except they were dead and I had buried them, myself. Then, I shut the truck down, got out and started walking to the house.

But, if there were ghosts, Miles and Jake would claw their way out of 6 feet of dirt and some big rocks to greet me on this night. That would be exactly the kind of thing they would do. I got my house keys out of my pocket, turned my back to the yard to unlock the door, and that was when I heard a snuffling breath, and the sound of feet – about 6 feet behind me. I was not imagining it. Something I had not mentioned: Miles and Jake are buried in their favorite place, right at the end of the porch. Where the sound had come from.

You’ve probably heard the expression “knees turned to water” well, there I was, arch skeptic – stone cold terrified. It felt like someone had put a hose up my butt and turned on a flow of ice water. I was pretty sure that if I turned around the boys would be standing there, tottering a bit, bones still covered in patches of fur, with their tails waving majestically. I KNEW that was what was behind me.

Then, I thought, I shouldn’t be rude. So I slowly turned around and there was a fucking stupid deer blinking at me.

I stalked into the house and slammed the door.

Full moon tonight, too. It’s 10:00pm and if someone knocks on my door at midnight I’m answering it with a katana in my hand.