I’d like to report on the field test of the pumpkin poker 2020: [stderr]

I thoroughly expected that someone would want such a splendid pumpkin gutter, but I was probably too late in the season. Oh, well, you have the ideas you have when you have them; it is what it is. But I was so sure someone would pick that one up, that I stayed up late at the lathe and made several more, so Anna and I could carve a few. I did another with a rosewood handle for her, and one with a big macho bog oak handle for me. Maybe next year, if we’re all still alive and humans still have technological civilization, I’ll auction some in September.

The pumpkin gutter worked remarkably well; you could just shove it straight through the rind and start maneuvering. Tight, clean, cuts and minimal mess except for a little foam of pumpkin sawdust. Considering that I have plenty of extremely sharp knives, I felt much safer using something that was slow and maneuverable. 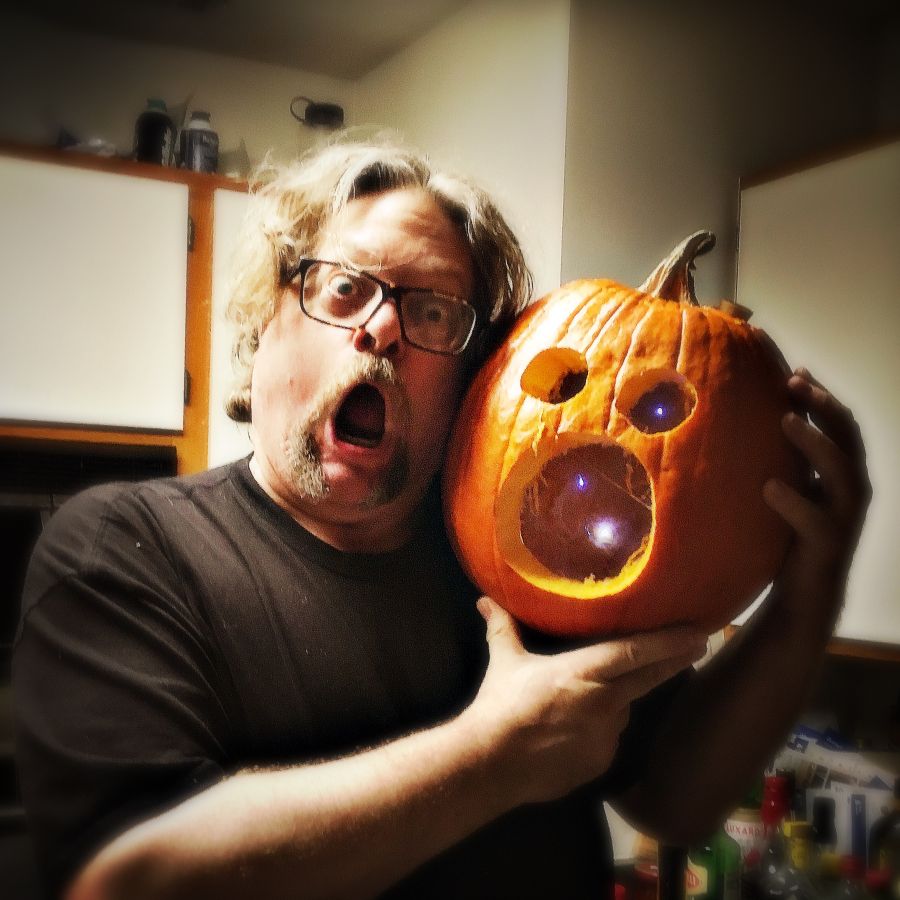 There are these delightful little bottle toppers that have a solar panel, battery/capacitor, and photocell that drives a chain of fairy lights. I cut little round holes in the top of the pumpkin and put fairy light chains in. In retrospect I should use something with more powerful lights, but I was late to the game.

Sunday Sermon: About That Civil War That Is Not Coming » « Fear. 2