I was thinking about “trolley car problem”s the other day and thought, “I have a friend who has kids, maybe I should give them a trolley car experiment playset for Xmas”*

But I’m not going to have to bother; there’s already one. I am pretty sure that the producers of the kit photographed it deliberately in this set-up. [pj] 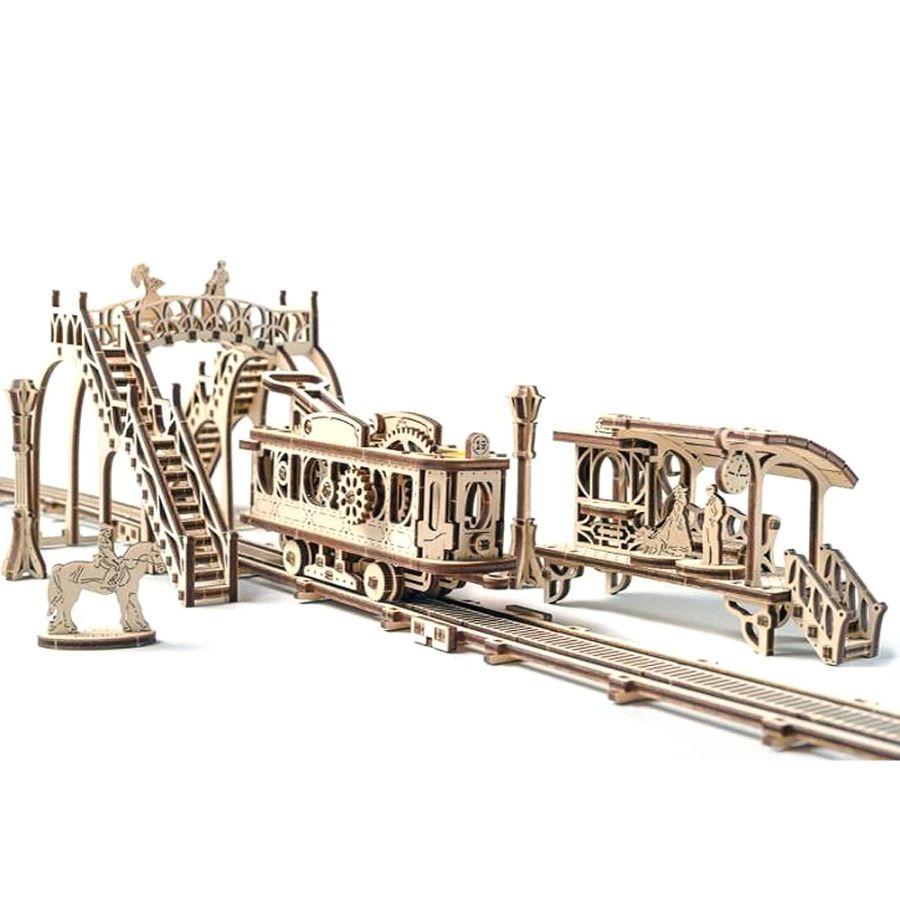 See, the guy on the horse – you can tell to him and try to get him to catch and stop the trolley before the tragedy happens. But what if he does not speak philosophy? How do you know for sure?

And, of course there’s the overpass that you can throw the innocent off of, to create havoc and get the trolley operator’s attention: 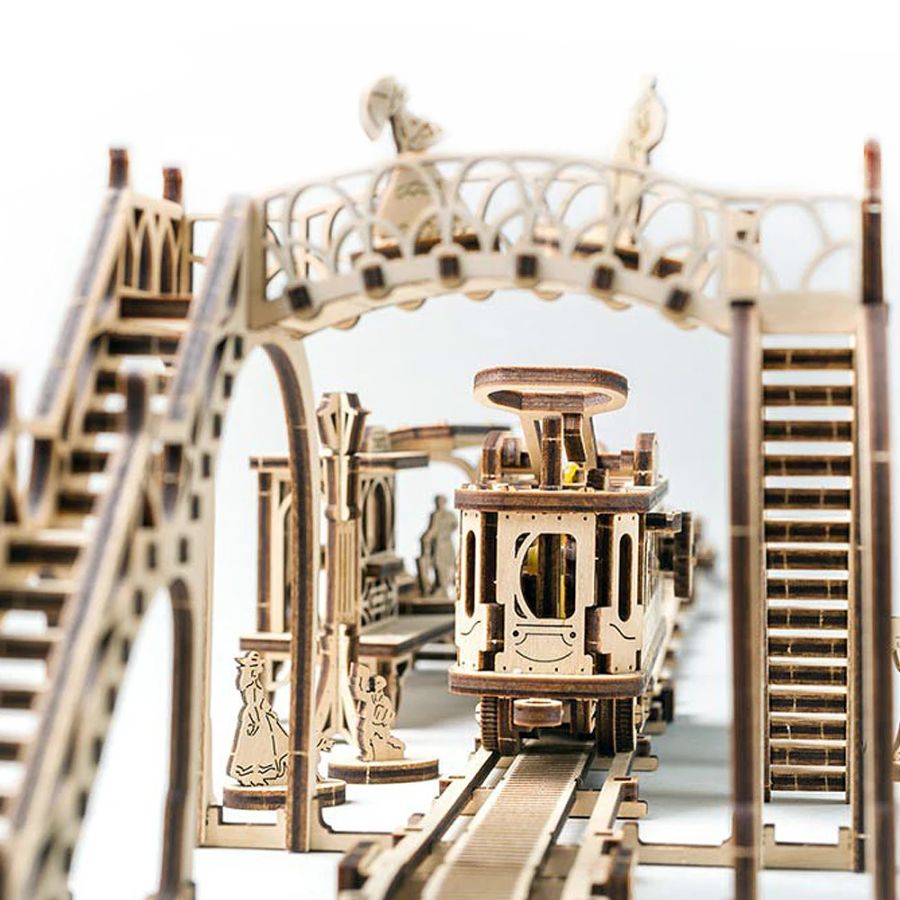 The kit appears to be missing one thing: a track-switch with a lever.

Look at that smug little smile on the trolley’s face!

I just realized there is potential for cross-meme generation. What would Chuck Norris do with the trolley problem? What would Mr T do? (I think he’d just pity the fool) How many philosophers does it take to slow down a trolley if you pile them up in front of it? If you had a trolley and a switch and Sam Harris was on one track and Jordan Peterson was on the other, how do you arrange the switch so they both get hit? 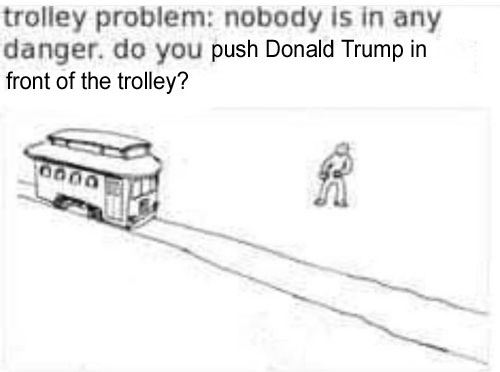 * Yes, I actually do things like that. One person who shall remain nameless, had a particularly horrible brat that I had to put up with for an afternoon, so for Xmas I gave the brat a lovely semi-automatic paintball gun. Gifts from Marcus are usually single-edged but sometimes they are sharp on all sides.

Forever Young » « That Does Not Sound Legit