I have gotten side-tracked.

Some of the comments on my last posting mentioned that Derren Brown did a couple of books, so I thought I should acquire them and give them a read before proceeding, since Brown’s performances are/were highly influential on my thinking. And, one of the first things I stumbled across in Brown’s book was a reference to the existence of a book and video series by The Amazing Kreskin. I had heard of Kreskin before, but I assumed [making an ass of myself] that he was rooted in the 70s, before the period of “tell all” magicians, and there wouldn’t be any revealing material from him.

Obviously, that was wrong. 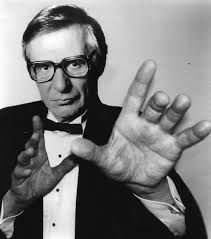 There is a 3 DVD set of “the best of …” Kreskin, as well as a book. [worldcat] There is also an audio CD on memory techniques. Currently I am part way through the DVDs and – to put it simply – they are great. I listen to podcasts and audiobooks while I am grinding blades and stuff, but it’s hard for me to prop up an iPad and watch a movie while I’m forging yellow-hot steel, so the DVDs are more of a “glass of wine and chill out” kind of experience for me. There is also a whole lot of material jammed into them; they seem fluffy but they’re information-dense, especially if you’ve got all your skeptical sensors tuned to ’11’ while you’re watching. One thing that jumps out is the clear influence Kreskin had on Brown and Banachek.

The Kreskin DVD #1 is a performance he did with a small audience, walking them through tricks – revealing some, and not others. It’s a charming performance, in which Kreskin pretends to have better techniques than he is showing (maybe true…?) so he is teaching the audience “how to pretend to be able to do feats like Kreskin.” He’s like your charming uncle, not the Trump supporting one, doing a few fun demonstrations while desert is served. Like with Banachek’s DVD, it’s a mix of rigged gags and what appear to be memory or cold-reading techniques. He opens the show with a very impressive performance of cold-reading which I came to doubt because he later reveals some audience members are playing  stooges. (“how to pretend to be an audience member to do feats like Kreskin”)

I haven’t gotten stuck into the memory audiobook, yet, but I wonder to what degree it is material Banachek drew on for his mentalism class, which I had the great pleasure of attending in 2007. It left a huge impression on me, and still does. Part of the reason behind this series of postings (and my interest in hypnosis) is the degree to which we can make cognition voluntary versus unconscious. I know the normal dichotomy there would be conscious/unconscious, voluntary/involuntary, but it seems to me that they become the same thing at a certain point.

Let me tell one story about Banachek’s memory class. There was lengthy discussion of the techniques for building memory palaces and pegging memories, straight out of Cicero’s De Oratore. You attach the memories you want to recall to things in a vividly imagined place, then stream them back at will by “walking” through the place in your mind’s eye and seeing what is there. I have actually designed part of my house that way: there is a small inset box near the main door, that I leave things in, like car keys, sunglasses, and reminders. For example, if I want to remember to get more flour, because I am running out, I tear a piece of the old bag off, and leave it there. Every time I come or go, I glance quickly in the door box and refresh my memory. That’s a variant of the memory palace technique – a very explicit one – but it is a very simple form of “TO DO” list. [See also, my sunday sermon on keeping a memory box: stderr] 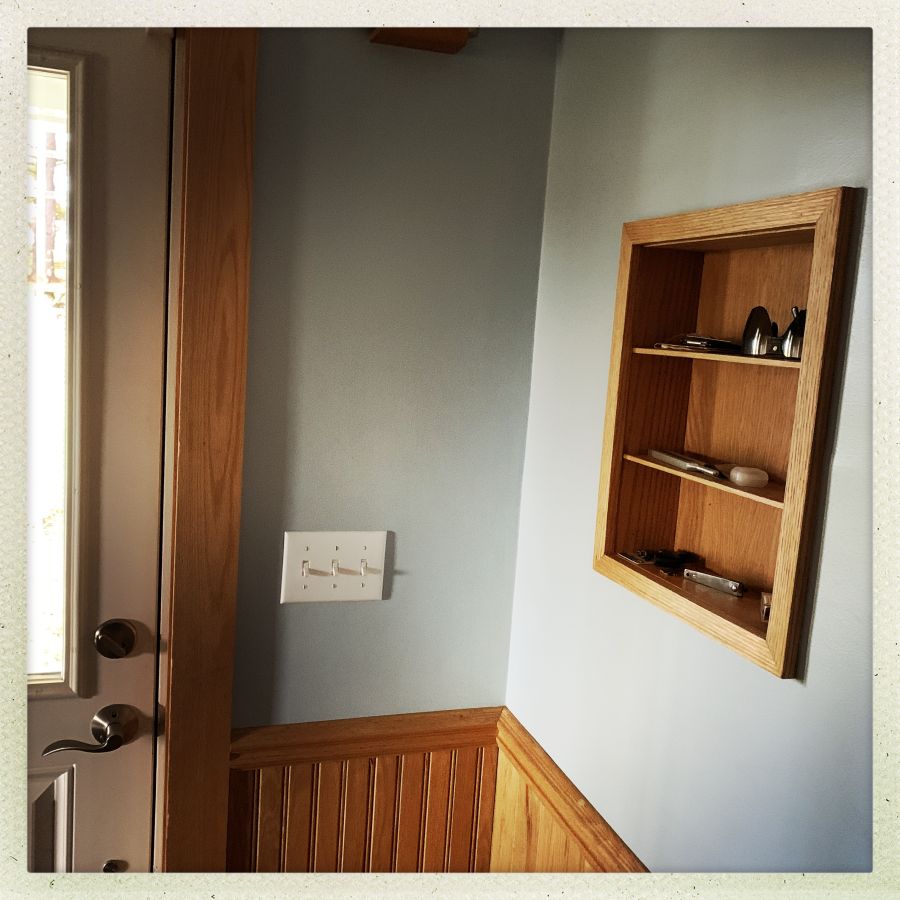 the memory box by my front door

In the course of my career, I did thousands of presentations, keynote talks, and classes, and early on (I was a Powerpoint 1.0 “power user” and one of the first classes I taught was on powerpoint in powerpoint) I hit on the trick of making my bullet points reminders of what I wanted to say, rather than a means of conveying information on their own. That, by the way, is why so many DoD powerpoint decks are Lovecraftian abominations: they are intended to be technical papers but the author chose the wrong medium. Banachek’s mini seminar was 2 hours long, and full of chunky technical details. He handed us all a stapled stack of notes, but did his lecture with a few powerpoint slides that were very minimal. I figured that he was also a master of powerpoint and used the slides to keep himself synchronized, but then I noticed a funny thing: he wasn’t synchronizing himself to the slides – in fact he wasn’t looking at the slides, at all. He just kept talking and putting the slide deck forward, but he never looked at it, or went back to cover a point he had missed. That was when I started watching him closely, and noticed that each time he moved a slide forward, he’d move to a slightly different location on the stage. Aha! He couldn’t tie his memories of his presentation to things in the room, because the room would be different every time, so he had memorized his talk tied to his location in a controllable space. Inspiring! I never used the technique myself, because I was always talking about different topics and for a long time every presentation I did was specific to the occasion.

Banachek had opened his talk by demonstrating taking a shuffled deck of cards and having a member of the audience flip the cards over one at a time until the deck was done. He watched each card, then had them put the deck in an envelope and give it to another member of the audience for safe-keeping. At the break, he had them take out the deck, then read the randomized card sequence back, from memory.

It was a really cool 2 hours, that made everyone coming out feel smarter for at least the next day.