When I started seeing stories about this, my immediate reaction is “someone’s lying.” That’s a given, because exaggerating things just a bit is built into every part of the fabric of US military procurement. As is secrecy, greed, and other bits of Lovecraftian evil. So, take everything here with a grain of salt because public information is mighty thin, right now.

It appears that the Air Force went and built itself a next-generation air combat craft, and sort of didn’t tell anyone they were doing it, until now. It’s called the NGAD (“next generation air dominance”) – which is a brilliant bit of non-marketing. They should have, in my opinion, called it the “fuck shit stack” but that’s a bit too tangible. 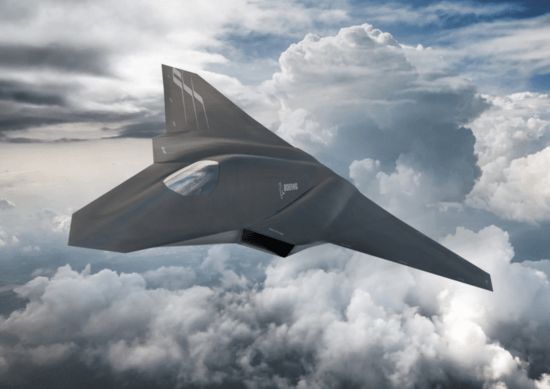 Then, things get interesting: the air force claims to have used magical plane development fairies that allowed them to build the prototype in less than a year. My guess is that it’s like those “next generation fighters” produced by Iran: a plastic model produced on a 3D printer of something that looks like it belongs in Elite:Dangerous. So much so that I was tempted to replace the Air Force concept art with a screenshot from Elite, but I feel like I ought not troll my readership.

What do we know about the thing? Well, one fact that is very interesting is that the Air Force is now officially shitting all over the F-22 and F-35, claiming that the new thing is way better (of course) even though it doesn’t fully exist yet. Does this sound familiar? To me, it sounds as though they have some kind of interesting prototype and are preparing to try to cannibalize the budgets of existing programs so they can complete development. Note that the F-35 was a program that cannibalized the budget of the F-22 so its development could be placed in the endless stack of tweaking it until it finds a mission it can do. [motley]

Air Force acquisition head Will Roper in an interview with Defense News published Sept. 15 said that the military has secretly designed, built, and flown a sixth-generation fighter.

“We’ve already built and flown a full-scale flight demonstrator in the real world, and we broke records in doing it,” Roper told Defense News. “We are ready to go and build the next-generation aircraft in a way that has never happened before.”

It sounds like The Trump Organization has gone into the fighter business, doesn’t it? But, joking aside, “in a way that has never happened before” means “in the context of military procurement” – Burt Rutan and his team at Scaled Composites probably could kick out a fully-fledged military airframe in a year. [stderr] The hard part, nowadays, is making it maintainable, reliable, and capable of running the massive on-board battlefield integration software that needs to be updated with separate plug-ins for each weapons system, capability, and allied nation’s capabilities. You can be pretty sure that the NGAD has none of that stuff, at all, yet – and it won’t unless it can cannibalize billions from the F-35 program, or some other federal program that needs to be cut, like medicare.

The big thing that sets my alarm indicators howling is that the aircraft is a most hush-hush secret, and Air Force acquisition head Will Roper is calling The Motley Fool and telling them that some as-yet-unnamed defense contractor has a multibillion-dollar feeding frenzy in the pipeline. Insider information, much?

Roper also hinted that the Air Force could go beyond the usual suspects. The new fighter is using advanced manufacturing techniques developed by the private sector, which he said could allow new entrants.

I do not believe I just saw the US Air Force say they wanted to productize a hobbyist’ aircraft. But the story is all over the place: Popular Mechanics, The Motley Fool, Forbes – someone’s doing a minor press with the public relations. The only possible reason is: money. My take on it all is that they’re positioning to see who gets to cannibalize the F-35. Remember, the US military just ordered a bunch of next-generation F-15s (i.e.: an F-15 redesign) because, really, there is no potential enemy out there to use all of this stuff against. The F-35 will dominate its mission-space simply because no opposition has bothered to show up. 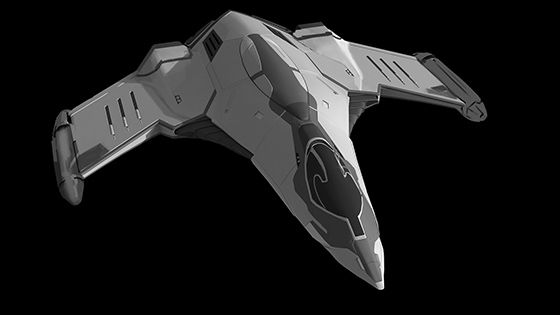 The US Air Force has taken its ‘next generation air dominance’, or NGAD, fighter from selection process to a virtual version and then to a flying prototype in just a year.

A “virtual version” means: something in a flight simulator. I don’t know who these guys at the “nationalinterest” are, but it seems like one of those “think tank”y blogs that is targeted at a very specific audience of procurement managers. “Look, it says here exactly what I think!”

Depending on the NGAD’s operational capabilities, and noting that it is not necessarily a single airframe, but more likely a ‘system of systems’, there could be a justification for moving quickly to develop the fighter sooner, even at the expense of future planned acquisition of the F-35.

Such a move would have implications for the Royal Australian Air Force. After all, why wait another 20 or 30 years to replace the RAAF’s F-35As with a future fighter, if the US might field a successor later this decade?

See what I mean? Why would you silly aussies keep waiting another decade for a plane that sucks, when you can spend ginormous sums on a plane that doesn’t even exist (and therefore sucks)? More to the point, it’s a plane that is supposed to be so secret you don’t know anything about it, therefore you should buy a dozen right now! But you see what I mean about cannibalizing the F-35? Maybe, if we cannibalize it now, we’ll never have to build it for real, and we can declare the whole thing a massive success.

The marketing madness over fighter aircraft is really strange. Remember, the US has a towering military budget that is larger than the next 10 largest nations combined. That increase congress threw onto Trump’s military appropriation was larger than the entire Russian military budget. To the US, this stuff is a rounding error but to anyone else, it’s real money that is balanced against social programs and/or other sensible governmenting stuff. [reuters] Why does Australia need F-35s, anyway? Who are they going to war with?

‘Who is our enemy?’ Neutral Switzerland votes on fighter jets

ZURICH (Reuters) – Switzerland, which last fought a foreign war more than 200 years ago and has no discernable enemies, wants to spend billions on new fighter jets.

Naturally, the Swiss are considering the F-35, the F-15, and all the other fine jets – but apparently they are prepared to spend: a rounding error. $6bn. The US arms dealing establishment won’t even get excited about anything less than $100bn, but when it comes to modern military aircraft, “the first shot is free.” For example, the US arm-twisted Iraq into trying to build a state of the art air force around a fleet of F-16s (naturally, the US deals money from its left pocket over to its right pocket): [fox]

Nine years ago, just before the Obama administration pulled the plug on a troop presence in Iraq, Baghdad signed a landmark $4.3 billion, U.S.-backed Lockheed Martin deal to bolster its burgeoning air force with its very own fleet of F-16 fighter jets. The first batch arrived three years later, under the guise that the force would stand on its own two feet.

But billions of dollars and almost a decade later, some Iraqi pilots tell Fox News that there is little left of their investment and they fear few pilots are combat-ready to take on another ISIS wave or emerging threat.

That’s carefully worded to imply that the Iraqi air force actually flew combat missions against ISIS – ISIS being ground-based insurgents that can be safely bombed with impunity – but the Iraqi air force didn’t fly at all; it was just a member of a “coalition” consisting of the US air force and (oddly, for a while) a few Russians. Yes, Russia flew more air strikes against ISIS than the Iraqi air force did, because Iraq’s $4.3 billion-dollar air force is not competent (but I bet the pilots have cool jackets) It’s mind-boggling, to me, that the Swiss, who are surrounded by NATO countries, and who managed to maintain neutrality through WWII, are worried enough that they want to throw billions of dollars at an air force that will exist only to joyride a few pilots.

Chuck Spinney once described the US military procurement system as “a self-licking ice cream cone” and that remains accurate to this day.

I’ll keep you all posted on developments with the NGAD. GAH, DAMN they need a better name for it. I’m sure you’re all fascinated. Meanwhile, the US will desperately cut social services, spend more on police, and buy lots of tear gas.

Elsewhere, Fox News continues to trumpet the meme that the Chinese next-generation aircraft are ripoffs of the F-35. [fox] Because both aircraft have similarly tilted rudders and similarly shaped engine intakes. But Fox doesn’t seem to realize that a single-engine airframe like an F-35 is a profoundly different beast from a twin-engine airframe like the J-31:

Photos from the story reveal profound visual similarities between the F-35 and J-31. This is not without precedent, as the Chinese media itself has noted similarities between the two aircraft. Portions of a story from the Chinese government’s “People’s Daily Online” as far back as 2013 specifically cites design similarity between the emerging Chinese J-31 and the F-35, writing that the “J-31 and F-35 use the same DSI inlet (non-boundary layer-separated lane supersonic inlet).” The only major difference, the paper notes, is that the U.S. has an F-35B Short Take Off and Landing variant and that the J-31 uses two engines compared to the F-35’s single engine propulsion configuration.

Everyone uses layer-separated lane inlets, including the Russian SU-27 (which places them differently on the aircraft) and the Scaled Composites project Ares. It’s how inlet designers design inlets these days. Why don’t they mention that the inlets look exactly like the inlets from the F-22, too. Basically, any modern military jet is going to have inlets and a significant percentage of them will look like the F-35’s. Holy shit, you use the way air warps around the nose of the aircraft to control the direction and pressure of the air going into the inlets? Who’d’a ever thought! Quick, run tell Burt Rutan and Kelly Johnson!

But check out how Fox says it:

The only major difference, the paper notes, is that the U.S. has an F-35B Short Take Off and Landing variant and that the J-31 uses two engines compared to the F-35’s single engine propulsion configuration.

In other words, the only major difference is that they are completely different aircraft that bear no resemblance to eachother beyond the shape of the inlets and the fact that both planes are pointy in the front. Those sneaky Chinese, they stole our idea of making military planes that are pointy in the front!