Donald Trump specializes in self-own. This has actually resulted in a sort of mini-revelation for me: now I respect all presidents less than I used to; we’re into negative numbers.

All a president needs to do to succeed is shut up, read off the teleprompter, shake hands, and not grope constituents. It’s an easy job for a non-asshole. We shouldn’t respect these packaged and fluffed nobodies; let’s have someone challenging and intelligent. Shirley Chisolm your country betrayed you but now it needs your spirit.

There is so much here: [db]

President Trump on Saturday took a moment to hand out autographed photos of himself to emergency officials following a roundtable discussion of the devastation wrought by Hurricane Laura, which bashed Louisiana and Texas as a Category 4 storm earlier this week. He advised the officials to put the autographs up for auction online. “Sell this tonight on eBay. You’ll get $10,000,” he told one attendee. Signing a sheet of paper, he said, “If I put your name down, it loses a lot of value. So sell it tonight on eBay.”

Bystander: “Internet is down.”

Seriously, though, the whole moment becomes emblematic of one of the worst people in the history of the US. He’s at the sweet spot straddling delusional, malicious, and clueless. He’s like if Inspector Clouseau picked up a massive cocaine habit and decided to become a super-villain. 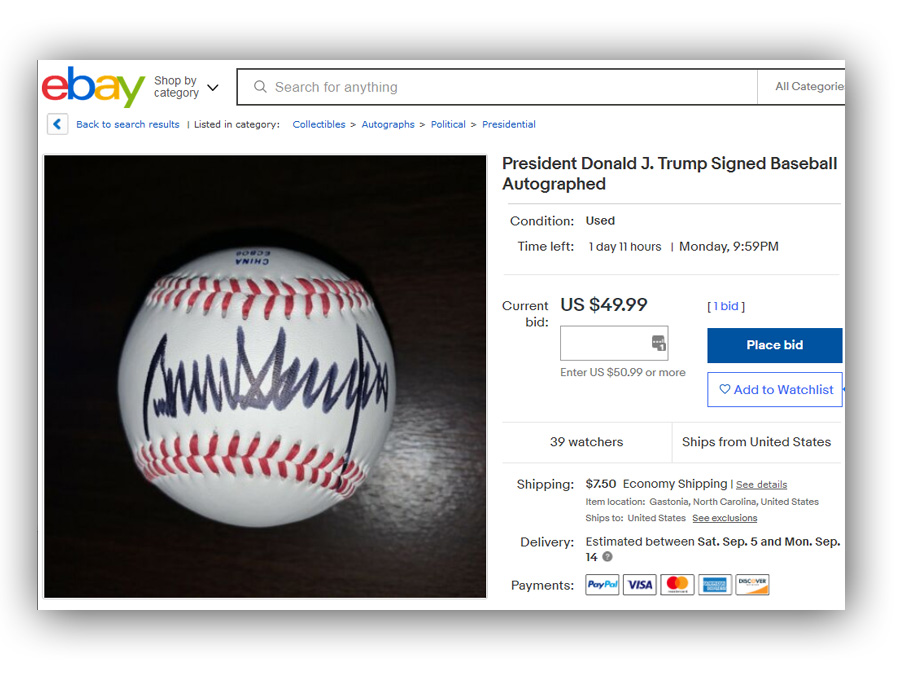 Next: How much is just the baseball worth? 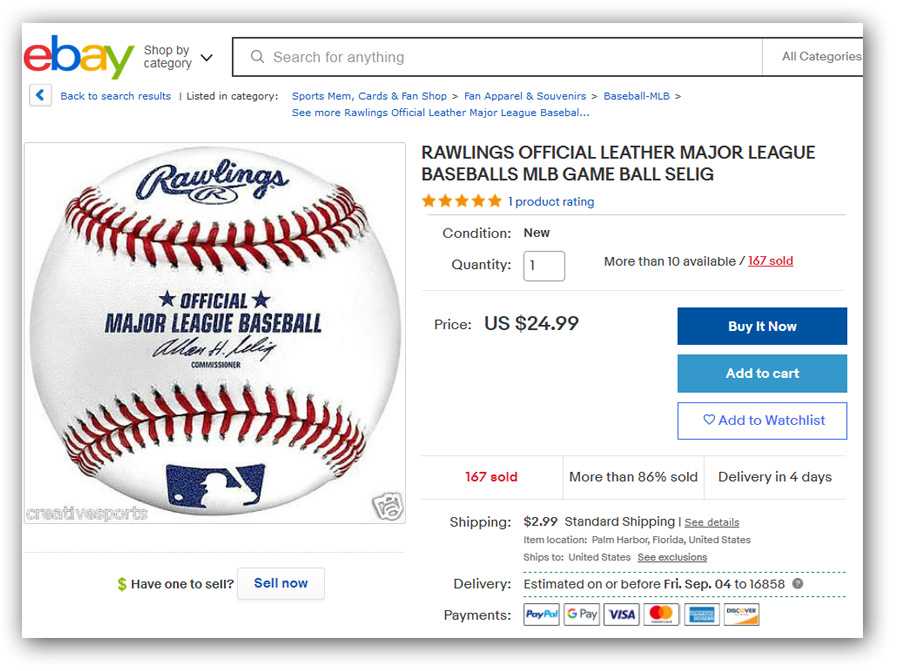 Using top secret NSA-grade Math Technology(tm) I can tell Trump’s signature is worth $25. There’s a slight shipping difference and I’m not sure whether that means the USPS values Trump’s signature more than a bare ball, but let’s just call it $25.

This is emblematic of Trump: the guy’s entire wealth-grift is about puffing up the value of assets on the sale, and downplaying them when it’s time for taxes. He’s taking his $25 signature and telling the poor gomers he gave it to that it’s worth $10,000 – because he’s either delusional, stupid, or evil: either he has no idea that signed Trump stuff is worthless on Ebay, or he’s too stupid to check, or he’s deliberately messing with the gomers because he knows they won’t check Ebay right away and he’d have time to escape. 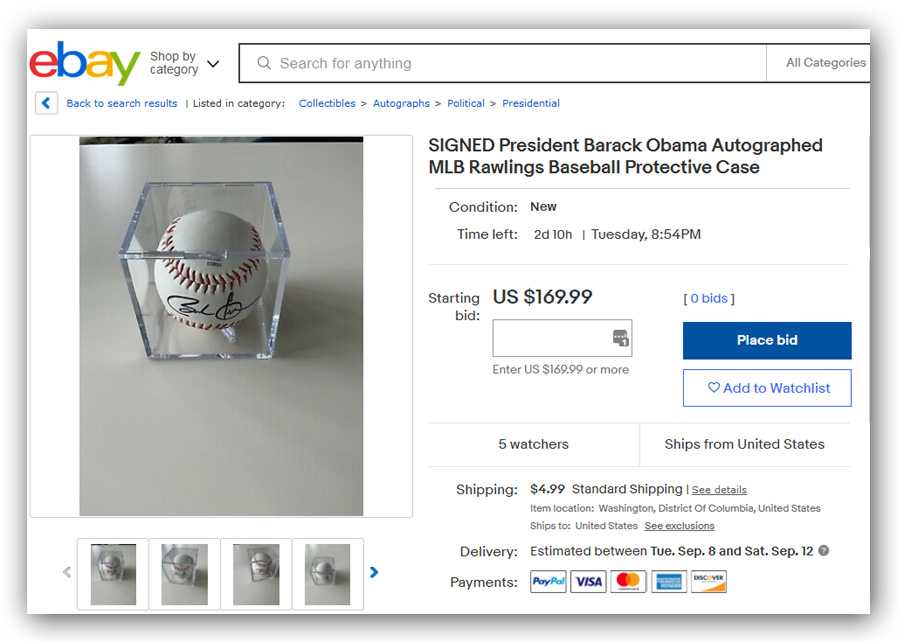