If you follow police misconduct, you will know that there’s a sort of ODESSA, or roman catholic church-like informal shuffling system for bad cops. A sort of protection program that allows a cop to be noisily fired for being a violent brute, and quietly re-hired by another department, given a badge and a gun, and sent back out to do it again. 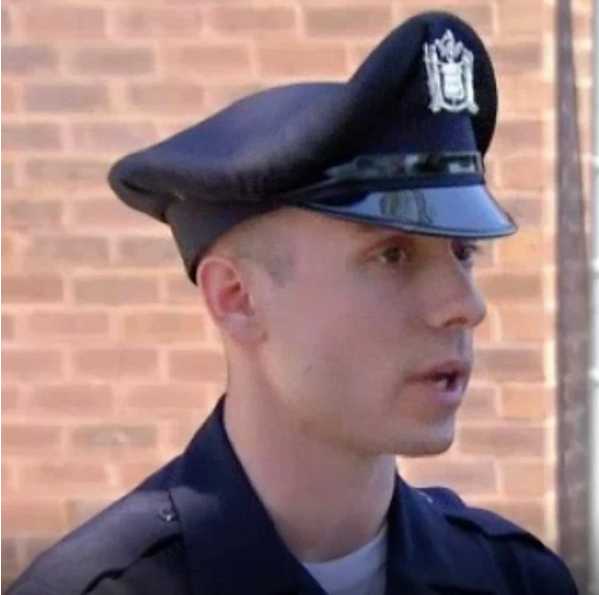 A Thin Blue Line of One

This is one place where lawmakers could make a difference: require that police departments not hire cops that have been terminated for cause if there is any other candidate with a working metabolism who wants the job. This is a multi-pronged system of badness – there are the cops and their enablers, the police chiefs, and the unions – all working together to produce a system that is a textbook example of “perverse incentives.” When arrest-rate and traffic fines issued are performance metrics, what do you think you’re going to get? And, when cops’ performance records are scrubbed as part of how the system functions (and performance records are not published anyway) you have a carefully crafted recipe for a disaster souffle.

Don’t read this piece at the failing New York Times [nyt] if you want to believe that “not all cops are bad” because it’s brutal: they had the time and resources to track the employment history of a sample police thug, and what they found is exactly what you’d fear.

WOODLYNNE, N.J. – He left one department after failing to meet its standards. At another, he racked up disciplinary infractions. He was fired from a third, yet succeeded in getting hired at another.

By the time the officer, Ryan Dubiel, 31, began patrolling the streets of this small town last year, he was at his ninth police department, and had a history of troubling social media posts and a pattern of arrests that resulted in the injury of the suspect. He succeeded in getting hired in part because New Jersey remains one of only five states that cannot revoke a police officer’s accreditation over misconduct. It also has no central database tracking police malfeasance and, until recently, had stringent rules preventing the disclosure of disciplinary records between agencies.

Why are there stringent rules that prevent the disclosure of disciplinary records between agencies? How does that serve the public welfare? In the field where I used to work, computer security, there were a few incident responses that were badly mis-managed by consultants, and those consultants had to find another field to work in – word got around fast that “so and so fucked up” – if you want to think about it this way, a resume is a formalized way of carrying the sanitized version of your career around with you, and ‘job references’ are a way of giving a prospective employer a window into other people’s view of your career. In most fields, getting fired for cause from your main job means it’s time for a career change – but apparently if you’re a cop, your resume is a blank and you’ll still get hired for it.

New Jersey’s attorney general, Gurbir S. Grewal, said Officer Dubiel’s path was a sign of a broken system and “a strong example of why we need a statewide licensing program for police officers.” Unlike 45 other states, New Jersey does not grant police officers a license that can be revoked for misconduct.

Let me just say how much I hate that sort of parochial bullshit: a statewide licensing program would be a “minimum good start” – but all a statewide program will do is result in a lot of dishonored cops moving to some thug-friendly jurisdiction like Minneapolis or Baltimore or anywhere in Texas.

In jumping from job to job, Officer Dubiel benefited from rules pushed by powerful police unions that until recently made it difficult to flag worrisome behavior to future employers. By the time his record might have otherwise raised concerns, he was applying to jobs at small, resource-poor departments that had difficulty retaining officers.

Of course small resource poor police departments have difficulty retaining officers. They suck up a massive percentage of local revenues and are a huge insurance liability; who’d want to work with a gung-ho thug who just swanned in from out of town, pissed off for getting fired because some liberal outed them on the internet, and ready to crack some heads?

That probably sounds like an ungenerous characterization, but, no, that’s pretty much officer Dubiel’s attitude:

Earlier this month, signs in Woodlynne announced a local march against police brutality, after the killing of George Floyd.

Among Officer Dubiel’s posts to the Duby Copperhead Facebook account around that time was a picture of an AR-15-style rifle lying on his knees, with the caption, “Come to the suburbs … please.”

Concerned officers in Camden said they repeatedly complained to the Woodlynne department. Mr. Figueroa said he again gave the officer a talking-to.

Holy shit, he got a “talking-to” for that? For one thing, posting something like that to a poorly anonymized facebook account is an IQ test, and Dubiel failed. Who’d want to work with someone that stupid?

New Jersey – along with California, Hawaii, Massachusetts and Rhode Island – is among the few states that cannot revoke an officer’s credentials because of misconduct, according to policing experts. Although the state requires officers to undergo training for which they receive a certificate, the police in New Jersey have no analogue to the licenses required of other professionals there – licenses that can be stripped, said Roger Goldman, an emeritus law professor at St. Louis University.

The state of New Jersey (along with California, Hawaii, Massachusetts, and Rhode Island) needs a “talking-to” about employment and hiring practices.

In each of the three encounters for which Officer Dubiel is under investigation, he was working with a partner. But only his conduct has been called into question.

Remember that whenever you read about “a few bad apples”. It’s not bad apples, it’s bad applesauce. Once you’ve got a big pot of applesauce that has a few rotten apples ground up in it, there is no spoonful you can remove to make it good again. The whole pot’s got to go and you start over and you’re careful what fucking apples you put in your fucking applesauce. If someone from the government of New Jersey needs a talking-to, contact me and I’ll explain it to you.

It’s certain that officer Dubiel’s story is repeated over and over again – that’s why the police unions have worked to get legislation put in place to protect bad cops. If they weren’t doing anything wrong, they would have nothing to hide, amirite? It takes the resources of a major newspaper to pull one of these shitty stories out of the pot of applesauce, but you can be sure it’s not just one bad apple that they’ve created an entire support infrastructure to protect.

Get Your Shai-Hulud On » « Uncommon Sense: History Always Has a Perspective