I make things and send them to people, usually via US Mail. I used to find it comforting to be able to engage package tracking and watch my work as it wended its way around the world. As with so many things, coronavirus has changed that.

I recently sent a suminigashi carbide holder bar that I made for a member of the commentariat who lives in Australia. When I summon the tracking information for that package, what I get is this:

OK, so that was April 15. My package went to the Pennsylvania hub then to Chicago and now it appears to be “processed through” Chicago and … vanished? We’re coming up on a month, now. Did it go to Australia and is it now sitting on a loading dock or in a land-fill, or what? I suspect that part of what’s going on is that postal inspectors are not wanting to open packages that may be full of viruses (why is tonight unlike any other night?) and perhaps they are simply side-lining everything coming into Australia. I don’t know. 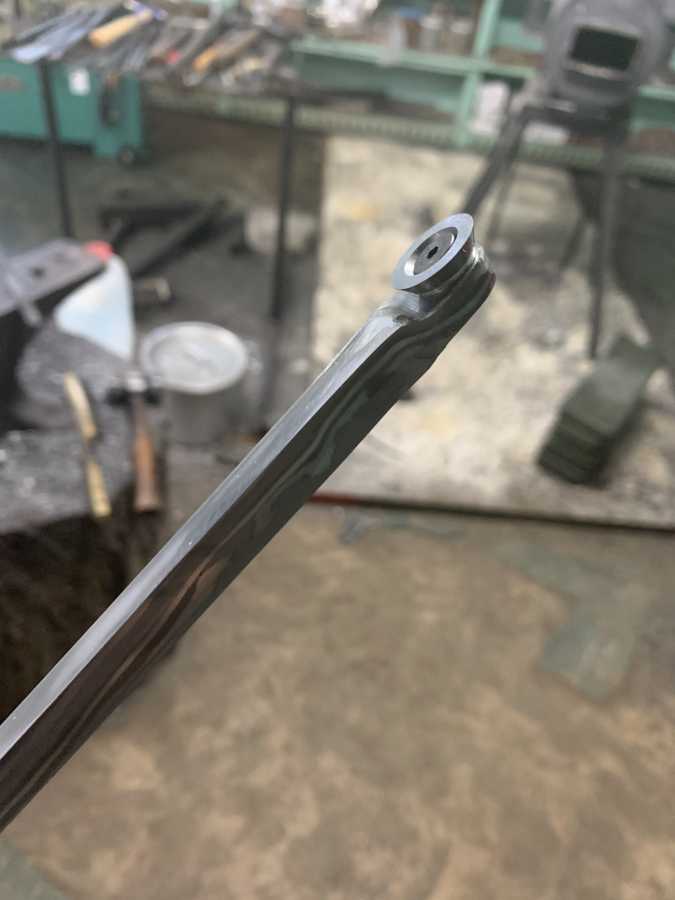 But, it gets weirder.

A week+ ago, I finished a knife that I worked very hard on, and – with considerable trepidation – I shipped it off to Scotland. A few days later, I got an email from the recipient that it had arrived, intact. I checked the tracking information and the tracking says that it’s still in Chicago. Chicago, where the dead letters go. The recipient believes that they have it, so I’m satisfied.

Now, look at this one! Before all of that, I sent a small turned ash-wood bowl to a member of the Commentariat(tm) in England. That box left:

From there it did the usual route to Chicago and then … things get weird.

From Chicago it went to Fort Worth, Texas in order to get some frequent flier miles, enroute to Tokyo. It had a long layover in Fort Worth. I’ve had long layovers in Fort Worth, too, so I’m sympathetic. From Tokyo it went back halfway around the world to Heathrow. Since we all know how far apart the terminals at Heathrow are, I make it that the box went around the world twice unnecessarily. OK, maybe not twice but at least once.

Once it was processed through facility “United Kingdom” (that’s a big facility!) it stopped showing any more updates and then I suddenly got an email from its intended recipient that it had arrived, intact. When I saw it heading to Tokyo, I was pretty sure that box was a goner, but it boomeranged.

None of this has any point, except that there’s clearly some major disturbance in the force regarding international mail. It completely makes sense, but it also reveals that there are some problems in the existing package tracing capabilities.

Carbide bar: I ground and shaped it by hand on the platen of my sander, and (out of curiousity) I decided to check and see how close to flat I got it. I was surprised to see that it’s really not bad. It’s about 2/100ths of an inch out of spec in a few spots but that doesn’t matter. It’s amazing how good a job the human eye/hand can do when you pay attention.

That suminigashi bar is comprised of: 1 layer 15N20, 2 layers 1095, 2 layers mild hardware store steel, welded and then twisted before being hammered straight and drawn out. I deliberately went with a low layer count weld-up, so that it’d be visually distinctive. This time I remembered to anneal it, so it was only slightly hellish drilling a hole in the tip and tapping it for threads. Last time, I went through a brace of carbide drill bits before I realized that the 1095 must have work-hardened from the heat of drilling through the milder steels.