This is a trick that the US defense contractors have used for decades: spread the risk and the reward across a larger pool, and you pick up an army of free lobbyists that are looking out for their self-interest.

It’s also a way of liquidating or reducing your holdings in an asset you think might be about to fail. Then, when it does, you can wring your hands and cry capitalist tears and say, “didn’t you read the ‘Risks’ section of the prospectus? Where it said that global warming might result in legislation regulating the use of fossil fuels?” [cnbc] 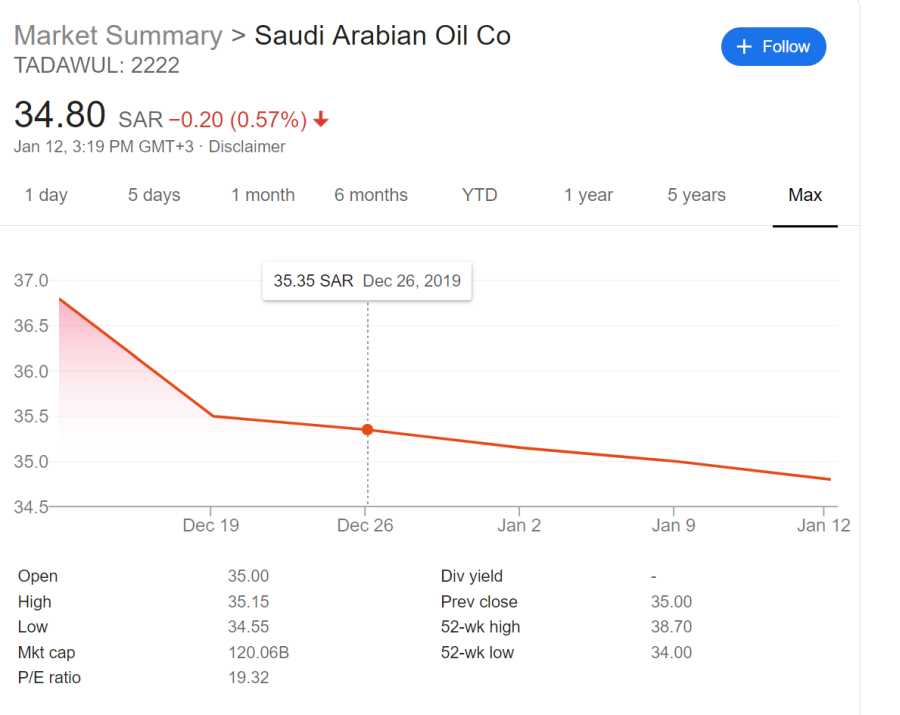 so far, not so good

I am referring, of course, to Saudi Aramco – a formerly private corporation owned by the Saudi royal family and government (the Saudis are very into the whole “L’etat, ce’st nous.” thing) It’s one of the last great vestiges of the colonial economic system: we come in, create a company that will manage and profit from the exploitation of your national oil reserves, and we’ll pay those among you who behave well with stock in your own stuff. It makes you wonder if there are any ‘conservatives’ in Saudi Arabia who rail about “socialism”; probably not many. The Saudi royal family appears to be quite comfortable with the whole “this is all ours and you have to pay us for it” thing; it’s a natural set-up for an aristocracy: you cannot possibly reform the aristocracy because it owns everything. [That, by the way, was also the case in pre-revolutionary France, with 75% of the real estate belonging to the crown, another 15% to the church, and the rest of the economy was expected to operate on the remaining 10%] But if you imagine the unlikely scenario where the Saudi royal family was forced to leave the country, then they’d be in Monaco forced to stay at some shitty 5-star hotel while their lawyers began remote-controlling the entire economy up to, and including, flying it into a building in a fit of pique.

The Saudi government took Aramco [which stands for ‘Arab American’] public, selling $26 billion dollars in shares on the open market. That values the entire enterprise at $1.7 trillion. This is a very clever move on the part of the Saudi royal family, because now it means their shares are somewhat liquid; whenever they need a few billion dollars, they can sell shares and – if the market for oil company stocks is doing well – they’ll be slowly divesting themselves of their exposure to an industry in decline, while spreading the risk out to everyone else. With huge portfolios taking up large positions in what’s probably seen as a sure thing, they’ll be able to resist regulation better, because if the US congress tried to slap a tariff on Saudi oil, there’d be a lot of financial managers from New York and Palm Beach calling congress saying, “Hey what the fuck are you doing? Do you want to get elected next year?”

In other words, it’s a variation of the “too big to fail” strategy except it’s a fossil fuel-pumping company doing it, instead of a bank. It shows what the people who really run humanity expect to happen to the fossil fuels industry: nothing. Laissez les bon temps rouler!

If you really want to make your head spin, examine the founding and assembly of British Petroleum. It has become a microcosm of highly distilled colonialism: the company is made up of former colonial exploiter corporations, like “Anglo Persian Oil Company” and “Anglo Iranian Oil Company” – which tells you what you need to know about the Iranian and Iraqi political economies since the end of WWII. Whenever you see some shitbird pundit talking about “Russian gas and oil oligarchs” they are talking about a bunch of low-rent crooks that are trying to emulate the high-rent crooks like the Saudi royal family and the shady oligarchic financiers who own large interests in BP. 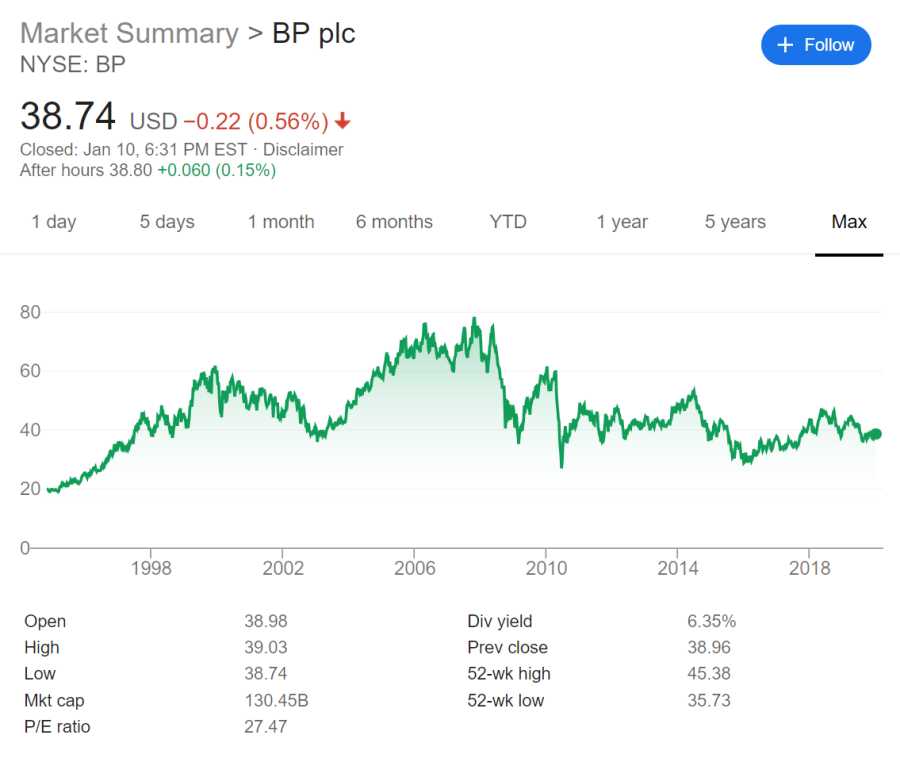 compared to Aramco, BP has a tiny market cap

Capitalists are going to get everyone killed. It’s becoming increasingly obvious. Don’t they realize that there won’t be any yacht clubs for their kids to inherit membership in, if there aren’t any yachters?

The Saudi Aramco IPO also raised a large additional amount of money by exercising the “Green shoe” option. That’s a stock market dodge in which a company doing an IPO can set aside a number of shares that are for sale by insiders and, if the IPO has a strong buy interest, the insiders’ shares are sold along with the shares the company is selling. In the Aramco IPO that was about $4bn worth of shares sold by members of the royal family. What’s funny about all that is, if you look at the stock chart of the IPO, it was hardly a strong buy interest. The market bought the shares but it drove the price down, and then Donald Trump’s shenanigans drove it down further. Still, the royal family picked up – cha-CHUNK! – $4bn to spend on bentleys, cocaine, and extra wives.