When I was a kid, one summer, they cut the roadway along the side of a limestone hill. Suddenly, there were all these bullet-shaped things in the dirt. That was how I learned about fossils.

Those bellemnites were the first fossils I ever hunted for, and it was tremendous fun; I wound up with a big coffee can full of the things, and a few ammonites, as well. But the fossil hunting came to an end when I found a rock about 1 foot across and 8 inches deep, that was a great big clam-like thing on one side. I never had the guts to try do gently smash off the surfacing rock, so it became a door-stop at my parent’s house. It’s been years but I’m sure it’s still sitting there. That 40lb rock rode my aching shoulder for nearly 2 miles until I got it home; I never want to lift it again.

But I live in shale country. That’s north central Pennsylvania. If you go straight north from here toward Erie and Buffalo NY there are important shale deposits, nearly rivaling the Burgess shale. I think I’ve mentioned before that my property has strip mine tailings on it that are full of fossilized carboniferous period plants. I’m not just talking about the coal; there are rocks that clearly show the shape of the leaves, etc. They’re pretty worthless fossils, I believe, because there wasn’t much going on on planet Earth at that time, except the great big swamp that became Pennsylvania coal and Texas oil.

A few years ago, I had a “coal man” come out to try to buy the rights to reprocess my strippings for low-grade coal, and maybe to see if he could get anything more out of the old 1920s mine. He was a nice guy and we talked about mining rights (I learned that most of Pennsylvania’s mining rights were sold to assholes like George Washington, who were happy to pay ignorant farmers a bit in return for a contract that might someday mean that their farm and fields would be dynamited) He pointed out the lay of my property and how the main coal lines are still in the ground; someday someone might come for them. There’s a town over the river called Pottersdale, which is now a great big hole; the mining company exercised their mineral rights and booted everyone out of their homes and blew the top of the hill up, then put it back, but the town of Pottersdale is gone. Coal is out, fracking is in, but there’s still plenty of coal mining going on. 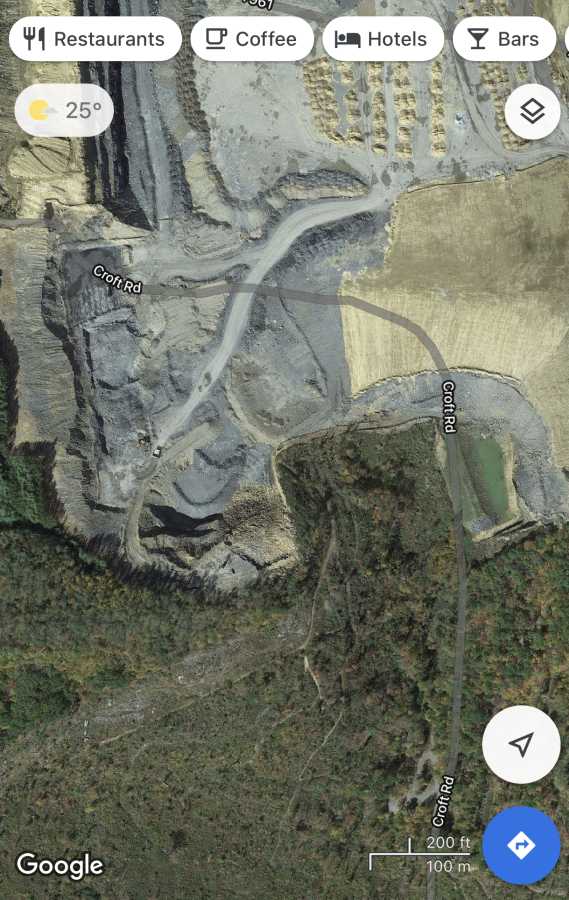 There’s a big strip mine about 1 mile north of my studio, on the hill top. Sometimes I can hear the dynamite. On the right hand side of the mine is where they are reconstructing the hilltop. They work the mine across the top of the hill, flipping the ground over and breaking it up. “Croft Rd” is an evil-looking mud swamp, it turns out. I turned around before I even got my tires on it, and my 4×4 is not exactly a wimpy vehicle. The mining trucks turn everything they pass over into glue; they call them “tri axles” up here for obvious reasons – there are a lot of tires because the back of the truck is carrying about 25 tons of coal or whatever. This mine used to serve the power plant at Shawville, which is now running on natural gas. So they’ve just slowed down the rate at which they’re doing the mine.

I’ve been thinking of fossils lately, mostly in the context of “I wonder what this generation of life will leave behind?” and I’ve been noticing all the shale-walls I drive past all the time. 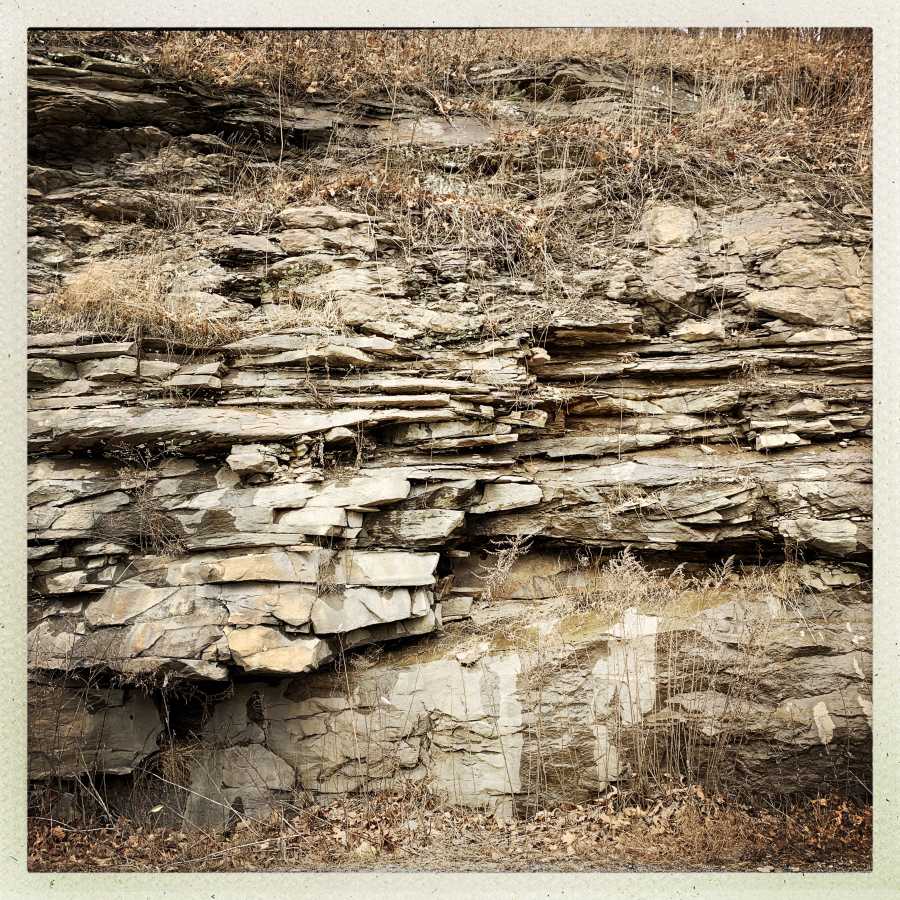 I don’t know how to date rocks (soft jazz and home cooked beef stroganoff?) but I used to work with a fellow from Microsoft (Jimmy K) who was a serious amateur paleontologist. It was part of a technology advisory board I was on, and we’d sit around conference rooms in some fancy hotel somewhere and drink and talk. Jimmy would take breaks and go look at hillsides and road cuts, and would sometimes come back with rocks containing critters. I assumed it would be easy to get into that, around here, since I have the ‘A’ line and ‘B’ lines of coal, which represent two different eras of swampification in Pennsylvania. Everything above the ‘A’ line would be newer than the carboniferous period, so I could start somewhere up the stack. But, as you can see from the picture above, it’s not as clear as a stack of pancakes. Since the strip mine with the A and B lines is up the hill from that rock face, I assume there’s probably no fossils at all in that sediment.

Urethane glue takes about 2 hours to dry on a cool damp day, so I did the glue-ups then hopped in the truck and (since it was sunday) went to the mine in search of the next Burgess Shale. 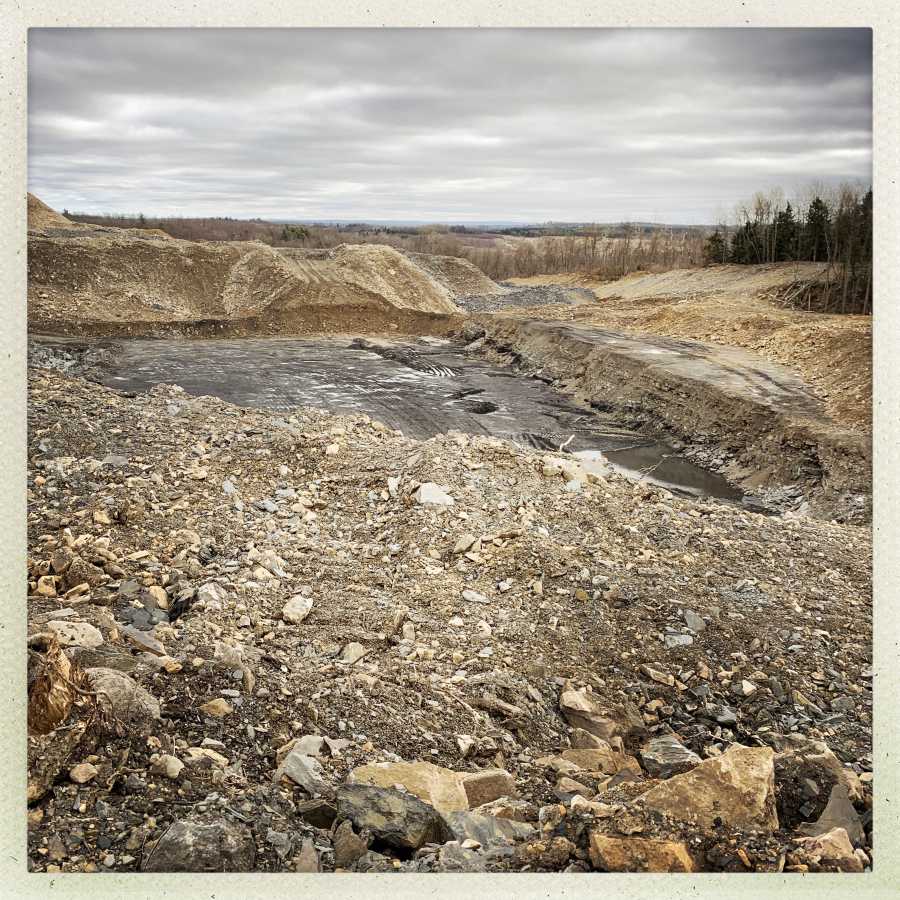 You can see the ‘A’ line of coal along the right edge of the wall. I’m standing on one on the tips where the dump the cover. It is all sandstone and shale, but it’s all broken up and jumbled around. The worst possible thing would be to find an interesting stone full of fossils and know that there was more somewhere in all that, but nowhere near you.

Ooh, a nice-looking piece of slate. But it’s a blank. I peel it apart. It’s still a blank.

This is not my Burgess Shale. Everything is dirty so my eye jumps to the clean bits of slate. I know that slate bearing a beautiful fossil is possible but very rare. Something like that won’t be up here; upstate New York, yes, maybe. I’m stubborn, and I’ve still got maybe a half hour for the glue to dry, so I sit down on a rock and begin surveying the rocks around me. “Surveying” means picking it up, looking at it, and tossing it away. The whole project seems fruitless; I am on a 60-foot tall tip of nothing but rocks, all jumbled and knocked out of the neat order they were until some guy came by with dynamite and a Caterpillar D-9. 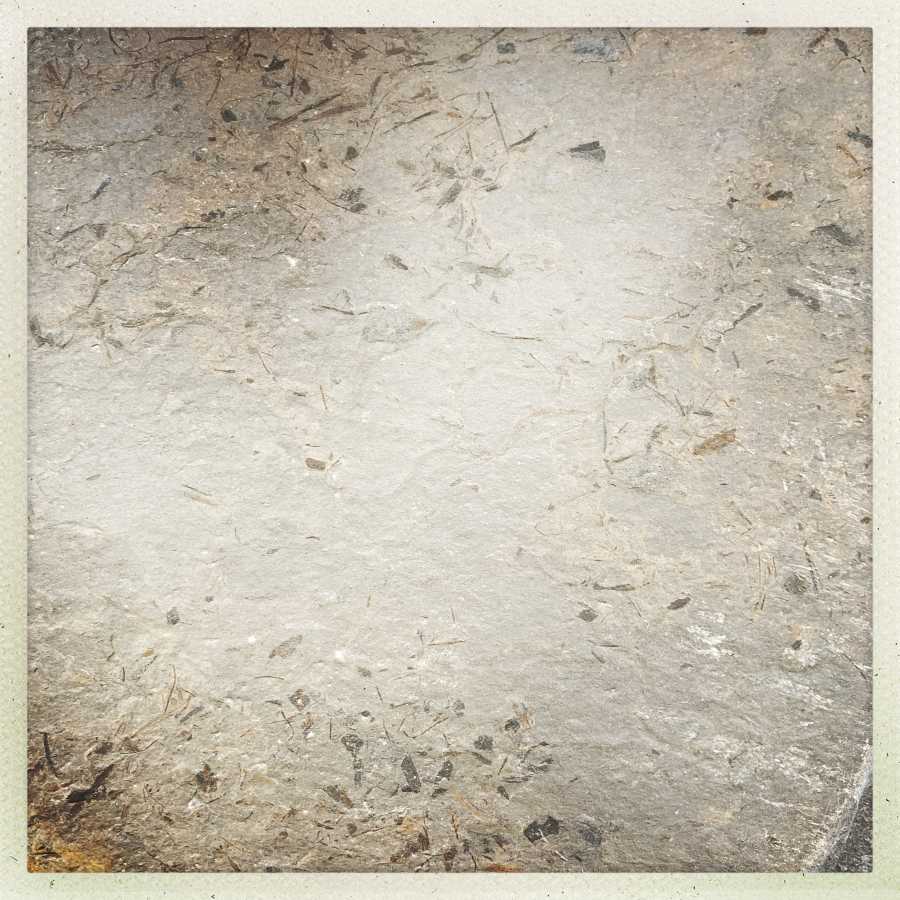 Aha! Honor is satisfied! I find a piece of slate that has something fossilized in it. Looks like grass or nothing important. But it’s a fossil. Success; time to go back to the shop.

Would any of you be interested in a fossil-hunting expedition to be held up near Buffalo, NY? There is a fossil park there (a nice word for: a shut down quarry) that opens up for fossil hunters for a small fee. I’d be happy to arrange something for late spring. This particular location has (OooOOO!) pyritized trilobytes, sponges, and ammonites. Pyritized trilobytes, people! That’s a trilobyte that’s converted to fools’ gold. They used to be quite rare, apparently, until someone found gigantic beds of them at another quarry in upstate NY, and now you can buy them in bucketfuls on Ebay. Anyhow, whether there’s interest expressed here or not, I’m going to drag myself up there and see what I can find.

I was a guest lecturer (on cybersecurity) at Texas Christian University in 2005 [pdf] and wound up spending a lot of free time drinking with the planetology department. One thing I learned from them was that bit about Pennsylvania coal being Texas oil – apparently there is a small zone in Texas which is actually where a piece of Pennsylvania (in terms of fauna and flora) is sticking up. You can go fossiling there and find stuff that has no business being in Texas.