When there are flood waters, it’s easy to forget how completely everything gets damaged. There’s the obvious stuff, like rivers of pig shit and urine going into the rivers and then everyone’s living room, but what about the subtle stuff – the stuff most of us won’t even think of? 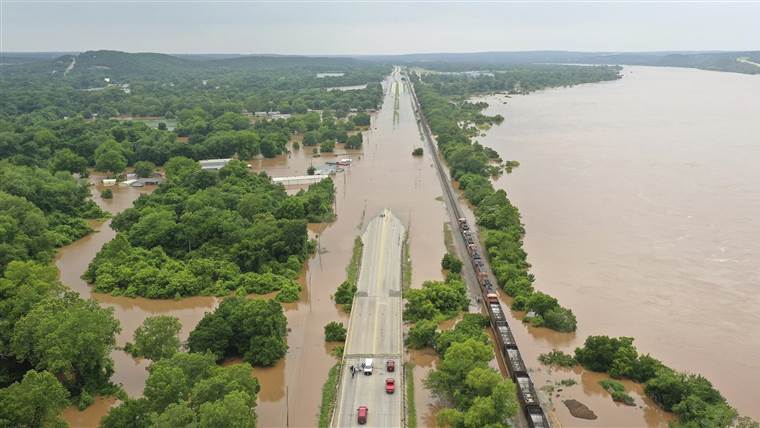 I stumbled on this one the other day – and, as the genuine owner of a decomissioned property from the 1950s, I feel a great deal of familiar pain. But when I start to think about what these folks are dealing with, my mind just goes blank. A few times the fellow references “the former owner” – my bet is that individual signed the deed and walked away as fast as his two feet could carry him. Let’s talk about a money pit:

Imagine you owned a Titan-II missile base, and it flooded.

That ought to be enough right there, right? Run screaming from the room. First off, when your postings are like: “we were able to pump the water level down to the point where you can walk around on Level 1” it sucks if you know those places have 3 levels. I’m spoilering a bit here so if you want to, you can watch the video then come back. The part where he’s talking about the bulkhead separating the hallway from the launch tube – that’s the material of existential dread for me: there is 100,000+ gal of water on the other side of that door. That’s just the water difference between the opening of the silo and the access tunnel, which is 3 stories down. There’s another 6 stories of water, from there. 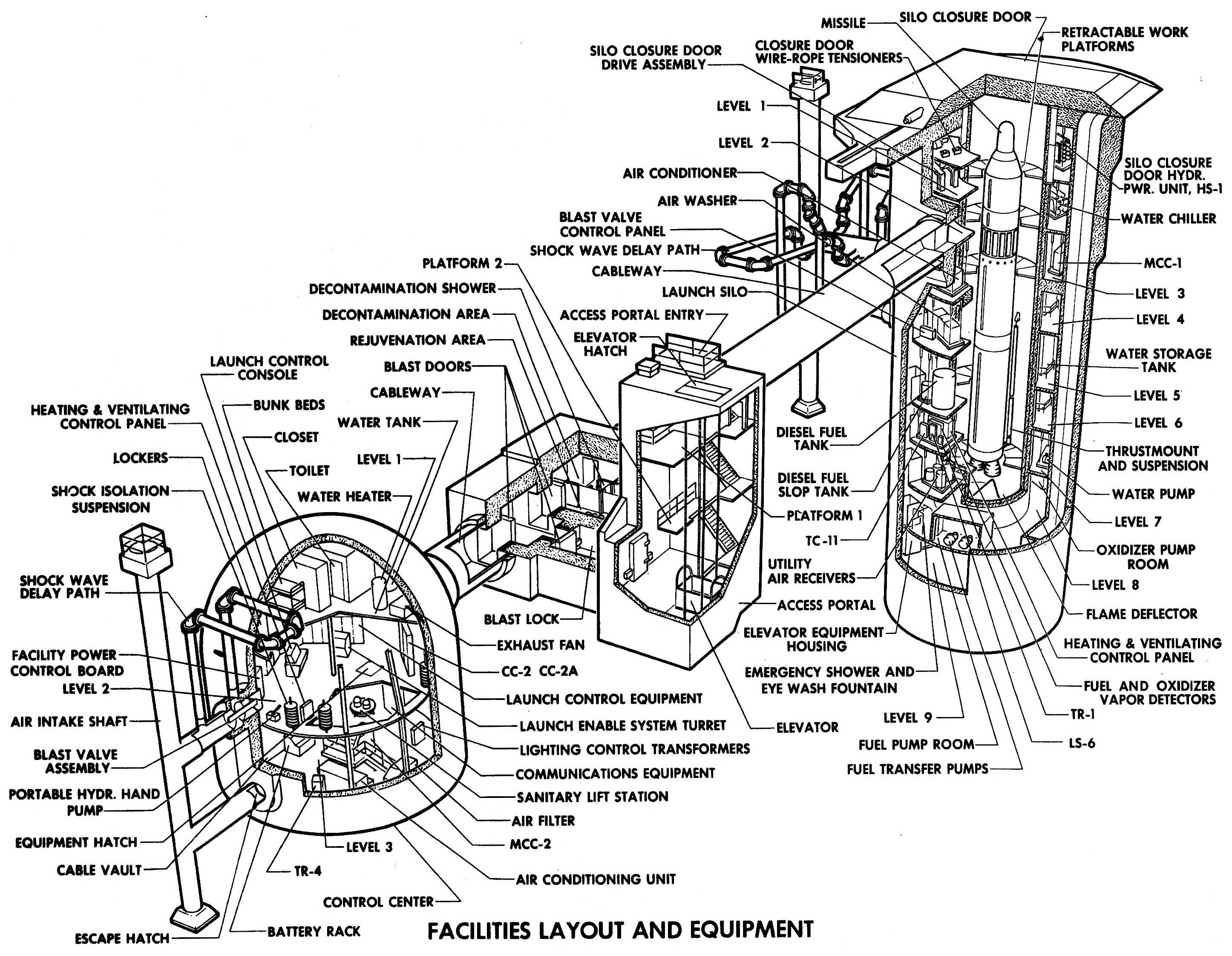 I’d immediately disqualify that place as a home. Imagine if the levees up-river break and you’re in your bedroom (down in the round-roofed hut lower left) and a rill of water runs across the floor? I’d be up, on my feet, screaming “LET ME OUTTA HERE!” in a second.

My rule regarding flooding is very different from my rule regarding lightning: lightning seldom hits the same way/place twice unless it’s a lightning rod so don’t get near those, but something that has flooded once will always flood again, usually when you are not around to manage it.

Ground-launched nuclear missiles turn out to be a really bad idea. Unless you situate them amazingly carefully. Mobile platforms like submarines are better; the only trick there being able to re-surface them on command, and to not cook off a missile in the launch-tube. Remember: our political leaders tell us we need these things to defend us against others like them. It seems to me to be a bad idea all around.

I hear that the Augean Stables are for sale, discreetly, to buyers of distinction with deep pockets. If you are interested, bury $10,000 in your back yard; one of our underground agents will contact you.*

Coincidentally, I just finished playing through Fallout New Vegas and I was thinking “they did a pretty good job with extrapolating what all the rust and schmutz of these underground silos would be like…” and Youtube went and served one right up for me.

* extra credit to any member of The Commentariat(tm) who recognizes where that came from.

‘Tis The Season To Get Stabby » « Meanwhile, in More Depressing Times