Every morning I wake up and ask out loud, “did Trump resign last night?”

That’s just a fantasy. He’s not going to leave office until his heart stops again, for good. Or, perhaps that was not his heart – my bet is a mini-stroke, which would be partial explanation for his decaying behavior. A funnier alternative, which I have not seen floated, is that they replaced him with a robot. In terms of conspiracy-mongering, that’s not all that much harder than “pizzagate.” All that “executive time” is when they recharge the batteries and calibrate the servomotors that are used to displace that ridiculous silicone animatronic. Once they perfected it to do the “Sarah Huckabee Sanders” effect they knew they were ready to go for the big one. Just think, we could do a whole “birther-“style wave of suspicion: “show us the Xrays”

Under the crashing wave of stupid that is the distraction for our times, the real disaster continues. It’s getting to be like when the doctor walks in with your scans and sits down and thinks quietly for a minute before saying, “I need to tell you this…” Suddenly you realize that it doesn’t matter so much what Martin Scorsese thinks about Star Wars movies. [seekinalpha]

Exxon Mobil (XOM+1.6%) is accelerating its biggest asset sale in decades with plans to divest as much as $25B of oil and gas fields in Europe, Asia and Africa, Reuters reports.

XOM has drawn up an extensive list of assets from at least 11 countries it wants to sell that would easily exceed its current $15B disposal target for 2021, according to the report.

The expanded plan would see XOM effectively exiting its upstream oil and gas operations in Europe, selling out of the U.K. North Sea, Germany and Romania, and a significant reduction of operations in Southeast Asia with the sale of its assets in Indonesia and Malaysia. 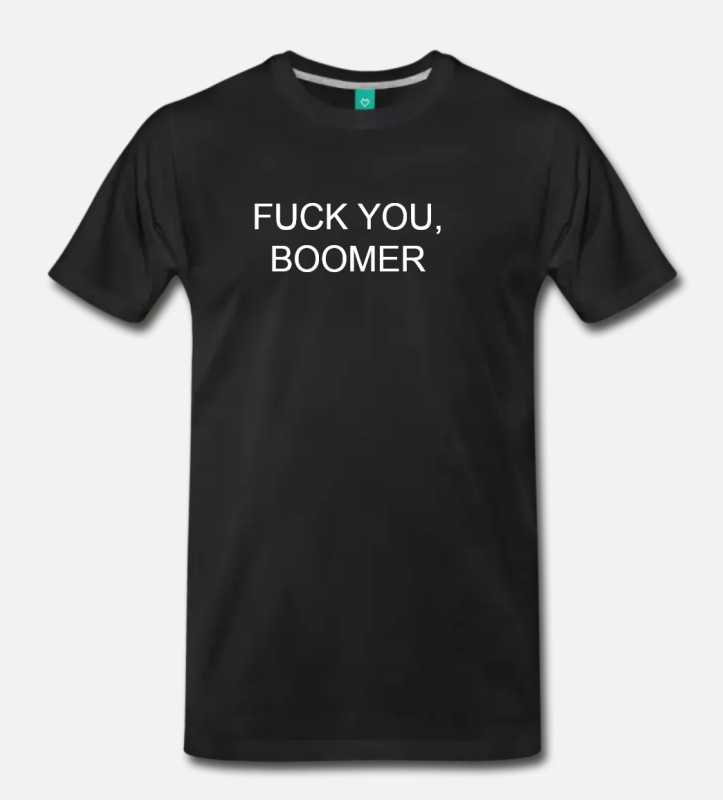 A happy optimist might read that as “Exxon is shutting down some of its oil-fields, maybe humanity will be saved!” But actually what that appears to be saying is that Exxon is realizing a bunch of profits and preparing to keep pumping and exploring; they just want to avoid the places where regulation is about to make it more expensive. Nowadays to drill in Iraq, you have to negotiate with the US military (who are back in Iraq and Syria in spite of the commander in chief telling them to get out: oil) If Exxon is looking for new places to drill, they’re trying to find places that are not yet combat zones. Yet.

Those oil fields won’t be shut down, anyhow – they’ll be sold to companies smaller than Exxon, which will be harder for anyone to apply pressure against. Those will be small companies that will demand compensation for shutting down the wells, or small companies that will smash and grab as much out as possible and probably leak it into the oceans for good measure. Remember how Deepwater Horizon was barely anyone’s fault at all, but everyone knew the Valdez belonged to Exxon? They’ve gotten very good at shuffling around their assets so as to protect themselves – from over here it looks a lot like the vast wave of divest-and-reinvest that the tobacco industry went through when they realized they were about to be sued and regulated: they sold the assets, left a nub behind, and said, “go ahead and bankrupt it.” Sound familiar? That’s the same tactic tobacco and “big opiate” and “big chem” have pulled – make figuring out ownership harder, so it’s harder to litigate, and easier for them to fold up and move somewhere else when they get caught.

XOM has been facing growing pressure from investors to free up cash as it plans to increase spending for new developments in Guyana, Mozambique, Papua New Guinea and the U.S.

They’re not planning to stop or even slow down – they’re looking for places that can be run by oil-friendly governments that will not attempt to regulate them, so they can expand extraction.

Scientists continue to ring the alarm bells, and politicians continue to play deaf. The fact that most of the politicians we’re talking about are ageing flesh-bags who plan to die in comfort and state before the worst of the crisis sets in – that has nothing to do with it. And if you’re thinking “surely some of them have kids and care to leave the world a better place.” Uh, no, they’re politicians; they know their kids are feral little predators like they were – Hunter Biden and Donald Trump Jr are equipped to survive and thrive in the heat-pocalypse. They won’t wind up internally displaced, more’s the pity.

Scientists have been saying a 2C rise would be bad, and painting a worst-case scenario where the high end of the range is at around 4C. As I mentioned earlier, I’m scared that we’ll blow right past that to 5C or more when the runaway reactions start to kick in. It appears that we are now on track for 4C and optimistic talk is not going to move that range needle down. We don’t have optimistic talk, even: we have the US and China both saying that they intend to expand fossil fuel use for the next 50 years, which means “we’ll kick the can further down the road in 50 years once it’s too late.” 4-5C is Permian-level mass extinction events. And now optimistic scientists are saying we’re heading for the low end of that.

The report highlights the nations that are taking some action, including the closure of most coal mines in Spain and some in China, along with the end of new offshore oil and gas exploration licences in New Zealand and some parts of the Arctic governed by Canada, the US and Norway.

Now you can see why Exxon is getting ready to sell those rights: they’re about to get more expensive. 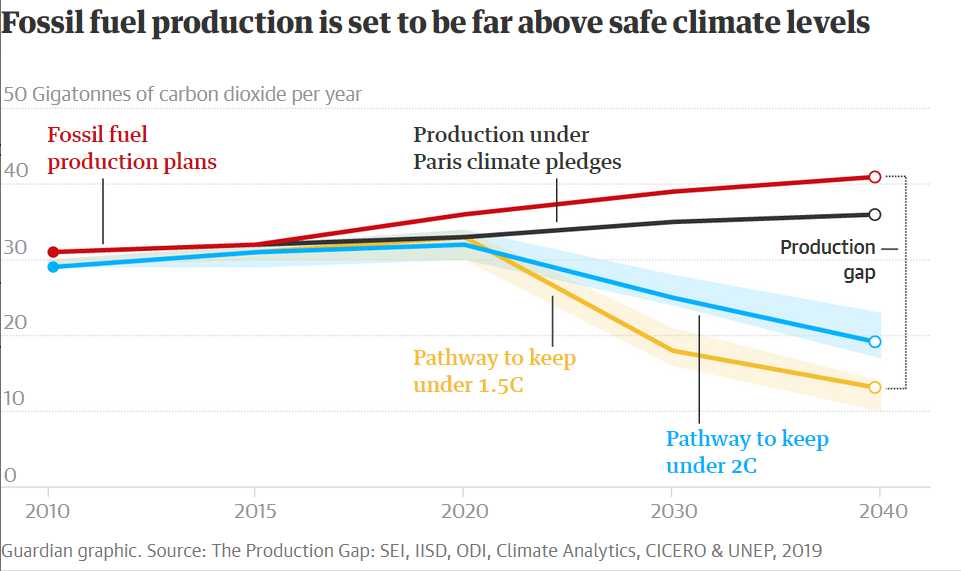 The black line is what emissions would have looked like under Paris, assuming not too much cheating. As it turned out, the US and China both cheated like mad; China by just reporting wrong, the US by not counting any of the fuel consumption of its military, which is about the same as the fuel consumption of an entire country like Bolivia.

The black line was what everyone was hoping politicians would see and realize was the writing on the wall.

All Kinds of Flooded » « Depressing Times