Dylan wrote those words in 1963; I was one year old. The US was spending huge amounts of money ramping up into a pointless war in Vietnam that would consume millions of lives while putting the “military/industrial complex” that Dwight Eisenhower warned about fully in the driver’s seat of the US economy. The defense industrial complex invented the strategy that Wall St would later refer to as “too big to fail” – at this point, the pentagon and its budget and minions are so big that failure is not only “not an option” it’s probably not even possible: it controls the national economy not the other way around. Nowadays, what the US spends on “defense” nearly double what it spent at the height of the Vietnam War.

The defense/industrial complex only has one response to the question “how much money do you need?” The answer is “more.” More always. Until the beast begins to suppurate and die from its parasite load. They have convinced the American people that it’s for “defense” and there’s no amount of money that they’re not willing to spend for “defense” – and they don’t care if defending America means raining hellfire down on people somewhere unimportant. 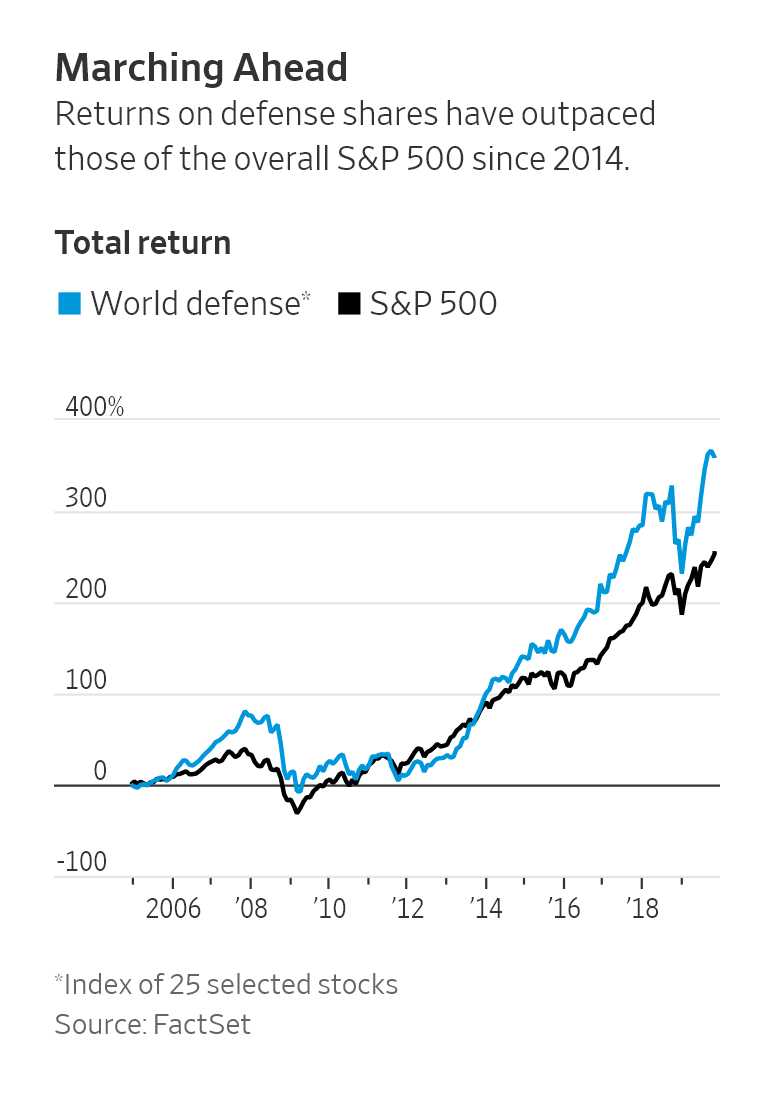 In terms of tricks, the greatest/best scam that the defense/industrial complex pulled was making everyone else complicit but getting them in on the take, too. First, there are all of the jobs at stake – congresspeople will do anything to protect jobs except make a moral decision. Secondly, they tied up a huge amount of public wealth in the production process: [wsj]

As the designated capitalist shills, the Wall St Journal has to be coy about the whole thing. It’s a “party” not a “imperial killing spree.”

Political spats involving defense are escalating ahead of next year’s presidential election. Some voices within the Democratic Party argue for military spending to be slashed, including presidential candidate Sen. Elizabeth Warren. While most Democratic lawmakers don’t plan to follow, it is now likely that Congress won’t agree on a full defense bill before year-end for the first time in 58 years amid controversy over such projects as Mr. Trump’s border wall and new nuclear weapons.

Congress could resort to passing a stripped-down bill. This would include large orders of the F-35 fighter built by Lockheed Martin LMT 0.82% – with procurement from Northrop Grumman, NOC 1.95% United Technologies UTX 0.10% and U.K.-based BAE Systems BAESY -0.07% – but not Mr. Trump’s Space Force project nor nuclear weapons.

Looks like they’re bullish on the F-35, but bearish on wall-building companies. But the party continues – it’s just a question of which canapes are the most popular.

The likely result is investors won’t be as successful making bets on the defense sector overall – where most shares have historically moved together – and will need to pay better attention to the specific risks of each large contract.

The biggest increase in 2020 military spending, for example, is on space projects, where Northrop has the most revenue exposure among top contractors, at 20%. But the Space Force is also a politically contentious goal that could get cut down. Likewise, third-quarter earnings showed that international markets like the Gulf states and Asia – where demand does seem set to grow – help various companies differently.

I wonder if there are any “war pig” stock funds.

The world is seldom an inhospitable place for weapons. For investors in defense contractors, though, the Champagne might be starting to run dry.

Dylan’s got the rest:

Re: Ike and the Military/Industrial Complex. Many people seem to think Ike was being a good leader, by presciently warning us of this horrible out-of-control feedback loop that might happen. In fact, it was Eisenhower who set up that feedback loop. He couldn’t manage to blurt out, “my god, what have I done?!” the best he could manage was a lukewarm warning. Way to go, Ike!