It’s nice to see a democrat who is not a complete apologist for US imperialism.

Although, naturally, it’s a member of the party who has been marginalized by the imperialist branch of her own party. It’s probably a slightly unfair over-generalization to describe the entire party as imperialists, but for most purposes, they are and have been skating by on being “not as bad as those other guys.”

Ilhan Omar wrote a piece in the Washington Post that is actually a step in the right direction, asking whether “sanctions” are any good. [wp]

In the White House announcement on Oct. 14 of sanctions on Turkey, Trump said, “I am fully prepared to swiftly destroy Turkey’s economy if Turkish leaders continue down this dangerous and destructive path.” He imposed those sanctions before lifting them Tuesday, only to threaten more “crippling sanctions.”

This is an unmistakable echo of the failed U.S. strategy of “maximum pressure” on Iran and Venezuela. And just as with those two countries, it would be a humanitarian and geopolitical disaster.

Personally, I do not understand how Washington will handle such truthiness without its collective brains imploding. She just pointed out that Washington’s “go to” plan for international influence does not work.

I’m happy that she’s got the guts to do that, but I don’t think it’s nearly far enough. But she then goes there and says further:

Research has shown that sanctions rarely achieve their desired goals. In the worst-case scenario, they hurt the people of a country – generally the very people we’re purporting to help – without making a dent in the country’s behavior. And in the case of human rights abusers, research suggests that more abuses typically occur with economic sanctions in place than without them.

We do not need research to know this. Every national-level war in history shows us that:

The rulers do what they always do: take from the ruled. If you pressure the people of a country, all you are doing is screwing them harder for what their leaders are doing. 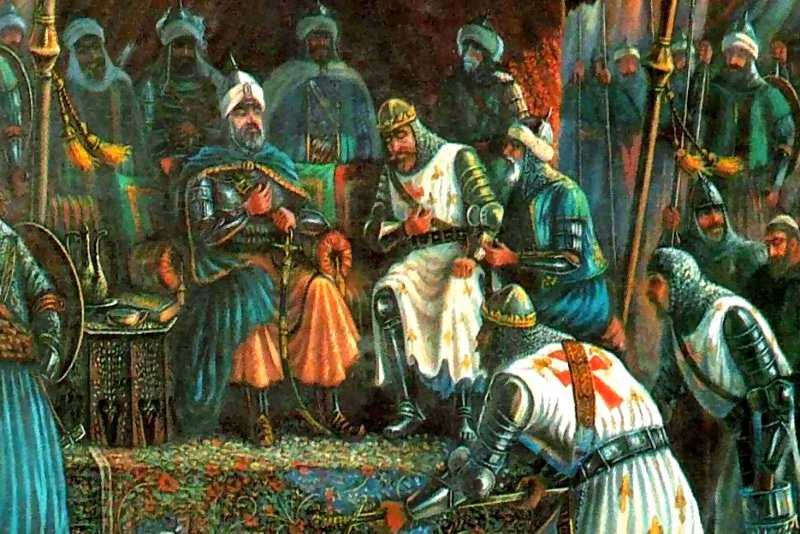 This goes back a long way, but it was best voiced by Saladin [a Kurd, fwiw] after the battle of Hattin July 4, 1187 [wik], conclusively ending the 2nd crusade and the European attempt to colonize Jerusalem. After smashing the incompetently led and overburdened crusader forces, Saladin treated courteously with Guy of Lusignan – who was sort of a Trumpesque figure of inadequacy and bluster – and let him free to go make sure future christian armies were also incompetently led. The point is: Guy’s men were slaughtered and sold into slavery. All the knights of St John or the Templars were killed or blinded with hot steel rods. As usual, the lower ranks got the shit beaten out of them while their leaders drank cool sherbet and tried to recover from the shock of having the luxury-level of their lives drop a tiny bit.

In a slightly just world, Saladin would have ordered Guy blinded, and released his men. Except Saladin, no fool, knew who was competent and dangerous. It’s always the wrong people who get the steel rod treatment.

Sanctions are not meant to be an end in themselves, but we too often use them as a lever without a plan for what comes after, whether they achieve the desired result or not.

I am shocked that anyone in Washington can say that and not be, um, sanctioned for something or other. Naturally I would have preferred if she had simply quoted Sun Tzu, but she’s dealing with intellectual and moral cripples. The US has the power to inflict sanctions but you can’t go about sanctioning people like it’s Oprah (“Everyone gets sanctions! Sanctions for you! And sanctions for you!”) As Sun Tzu tries to get his ruler to understand, force is weakness unless it is applied in the service of a specific achievable goal.

“While sanctions proponents claim to care for the Iranian people, their policies have left an entire nation weary, depressed and hopeless. Sanctions, and economic pressure, target the fabric of society.” 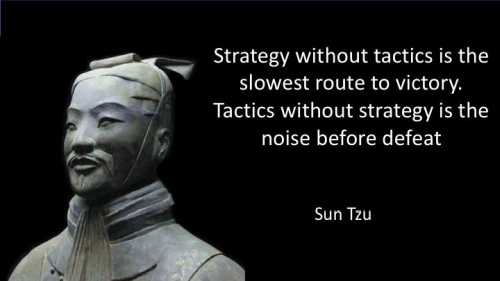 This is crucial and beautifully put. She is making an essential point: sanctions are a blunt instrument. How is sanctioning an entire people, in order to make them suffer, “helping” them? How much high explosive do we have to drop on you to make you love us? We should have learned that in WWII, the Korean War, the Vietnam War…

There is a point hidden in that for Trump’s supporters: if someone did “sanction” the US and cripple our economy, sure, the out of work steelworkers would look to Trump for help but he’d be out in the sun hauling his bloated ass around the green in a golf cart. If I may mangle Sartre: “La souffrance est pour les autres,” North Korea is on the back end of decades of sanctions and Kim Jong Un’s life has been limited to C-list celebrity guests like Dennis Rodman instead of Kanye West or someone worth having.

We need a vision for a U.S. foreign policy that is rooted in the experiences of people directly affected and is sincere about putting human rights and democracy first. Questioning and changing the near-automatic reliance on sanctions is fully compatible with advancing our interests and defending national security. It’s time to stop relying on the same failed playbook.

There is more that she knows, which she could have said. She had to dance along an invisible line in American dialectic, which says you become an unperson if you cross it going a certain way. If you cross it in one direction, then you’re a nazi and the intellectual dark web, the president, and the republican party will try to downplay how horrible you are. If you cross it another direction, you might be being critical of Israel, or US “foreign policy”, or republican practices.

I wish she had said “sanctions are collective punishment, aimed at the weakest members of a target society; they are immoral at best, and crimes against humanity at worst.”

She is worth 20,000 Lindsey Grahams. It’s disgusting that we have to have this discussion at all.

In case the subtext was not clear: I favor sanctioning kings. Go ahead, send hit teams after each other, and show other rulers the downside of wearing a big hat: you’re a big target.

I made myself a big bowl of chicken curry and steamed cauliflower tonight, and washed it down with most of a bottle of wine. In case this posting gets increasingly incoherent as it continues, then let this serve as a study of the dangers of blogging and drinking.

I feel a bit bad connecting Trump and Guy of Lusignan – who, at least, had the courage to sit a horse through one of the worst battles in history and did not tap out claiming he had “bone spurs” and a letter from the pope. Sic semper tyrannus.