There was a great moment in Woody Allen’s Bananas, in which the US is intervening in a CIA-sponsored “revolution” in a central american “banana republic” – the viewpoint switches to a bunch of US Army commandos in a C-130 getting ready to parachute down to overthrow the government: “The CIA has guys on the other side, so no matter who wins we’re on the winning side.”

US “foreign policy” in Syria is being directed by Ubu Roy, so it’s less consistent than Woody Allen was back in his “funny” period. So, we get stories like this (which understandably is not front page news): [t&p]

On Wednesday, the U.S. military had to call in an airstrike on one of its own ammunition dumps in northern Syria because the cargo trucks required to safely remove the ammo are needed elsewhere to support the withdrawal, Task & Purpose has learned.

Two F-15Es destroyed the LaFarge Cement factory between Kobane and Ayn Issa after all U.S. troops had left the area, said Army Col. Myles Caggins, a spokesman for the U.S.-led military coalition fighting ISIS in Syria and Iraq.

“Blowing the ammo was part of the plan,” Caggins told Task & Purpose. “Abandoning unguarded ammo would not be prudent.” 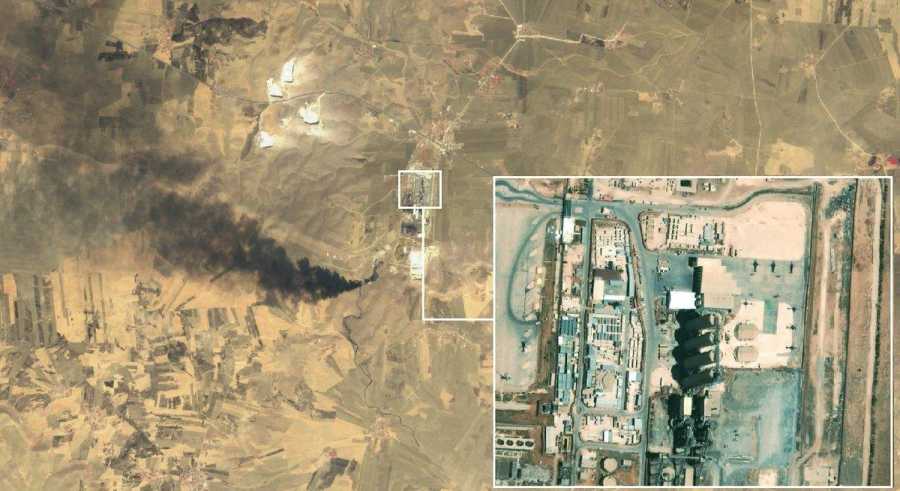 [Also, wait, what do you mean, was the US storing military weaponry in a civilian business’ building? That’s, you know, what we complain about when ISIS does it. Our foreign policy maintains a flexible and creative attitude toward international humanitarian law.]

This is the kind of stuff – and the nukes at Incirlik[stderr] – which is why a bit of forward thinking is a good idea. The president should not be ordering an immediate withdrawal; that is not how to give good orders when you’re talking to the management team of the world’s largest military, or hotel staff. You ask your advisors who understand the problem “what is a reasonable time for a rapid withdrawal?” and then tell them to shave a few days off of that. So if the pentagon says “6 months” you tell them 3 months or they can resign or request reassignment to run the shoe rental concession at a bowling alley at some base’s recreation center. Trump should not have said “immediately” – he should have figured out how to extricate the crucial gear and the nukes from Incirlik and then given the orders.

I wonder if the F-15 pilots got a medal for blowing up an ammo dump.