A lawyer I was working for once described the doctrine of estoppel as “Seriously, now, who are you trying to kid?”

I was working as a non-testifying expert on a high profile patent case, which we won (to the tune of $100 million) because of the doctrine of estoppel. Dictionary says:

the principle which precludes a person from asserting something contrary to what is implied by a previous action or statement of that person or by a previous pertinent judicial determination.

In the case of the patent we were working on, there was an individual who sold his company to a larger firm for several tens of millions of dollars, based (in part) on the value of that company’s patent portfolio. Then, a few years later, the same fellow started another company which did very very well indeed, but it was selling, basically, the same technology that the inventor had patented when he was doing the first company. In a Trump-scale strategic blunder, the founded patented the same concepts again at his new company. So the larger company that bought the inventor’s first company sued his new company for a huge amount of money. The “estoppel” argument came in because the inventor had sold the patent the first time for a lot of money, which means that he felt it was (presumably!) worth something, therefore the inventor had no argument that the patent was invalid the second time, since he already knew it was worth something when he filed for it again. 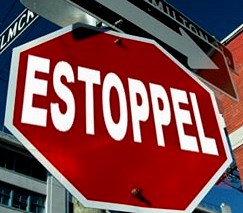 Usually when I have been involved in patent cases, it’s been digging up “prior art” to invalidate a patent. The idea of a patent is that you’re protecting a new invention, so you invalidate the patent if you can prove that the invention is not actually new. In the case of internet security technology, that has been remarkably easy because most of internet security technology depends on prior computer technology – someone can’t patent anti-virus because it’s pattern-matching, which is something that computers have been doing since shortly after Von Neumann’s team at Princeton built the first one. So if someone tries to enforce a patent against your anti-virus product, your research team goes out and finds where the germ of that idea resides, and you construct an argument that the invention is obvious to a skilled practitioner.

I paid my bills for a couple years off of some of the patent litigation support work I did, so I won’t say “the patent system is broken” but that’s because it only works for large companies, lawyers, and consultants. 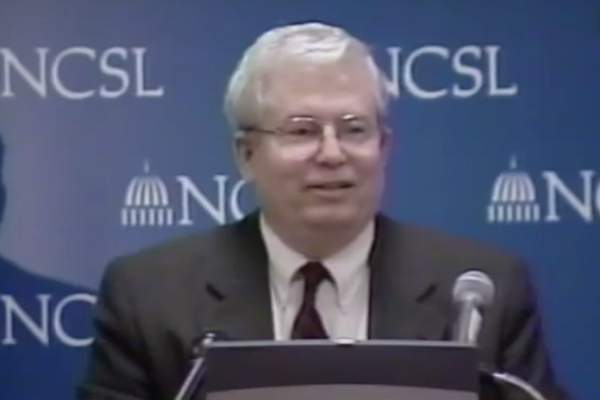 that is one of the whitest guys I’ve ever seen

The Trump regime is currently in the process of floundering around in the “census question” case and has run itself into an estoppel situation. Wiser legal heads are shaking, because “this is going to be interesting.” Briefly, here’s what happened:

The estoppel comes in because “review this case fast” does not sit with “we’ll get back to you in a couple months.” Basically, the Trump regime has just declared that it was lying the first time when it said it was in a hurry. It’s also saying, in effect, “our first line of reasoning wasn’t good enough, we’ll make up some other stuff.” Essentially, the Trump department of justice is acting like a 10-year-old. [aol]:

The Justice Department abruptly announced Sunday it will replace the legal team that has represented the Trump administration in its efforts to add a question about citizenship to the 2020 census.

“As will be reflected in filings tomorrow in the census-related cases, the Department of Justice is shifting these matters to a new team of Civil Division lawyers going forward,” DOJ spokesperson Kerri Kupec said in a statement. “Since these cases began, the lawyers representing the United States in these cases have given countless hours to defending the Commerce Department and have consistently demonstrated the highest professionalism, integrity, and skill inside and outside the courtroom.”

That reminds me of the lead-in to Monty Python’s Holy Grail: “the people responsible for sacking the previous people have been sacked.” Except that the statement should have read something like, “The team that just pooped in the hot tub has been replaced with a new team, sponsored by Taco Bell and Ex-Lax, who will make your hot tub great again!” Ex-Lax is good for estoppel, right?

This is going to be interesting!

The well-timed disclosures (do any of us think that was accidental?) of Thomas Hofeller’s files, in which he makes clear the strategic reasons for the question – are also a bit … awkward. [nyt]

Off to Cape Canaveral » « Incredible Goals