One of my favorite podcasts is the In Our Time BBC podcast. It’s Melvyn Bragg questioning a truly amazing collection of experts on a very wide range of topics, and having tea.

I had some driving to do this weekend and listened to an episode that made my mind whirl a lot: doggerland. [bbc] “It’s about Dogger Bank, I assume” – the shallow area in the North Sea where a preliminary engagement to the great WWI naval battle at Jutland was fought. Yes, and no. I didn’t realize that before the oceans rose after the last ice age ended, there was a whole civilization down there, 7,000+ years ago. 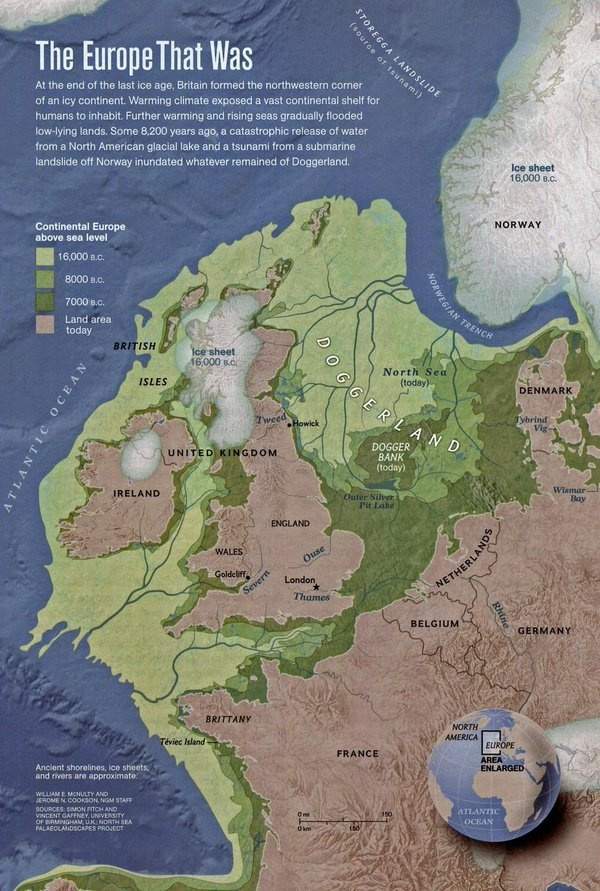 They experienced the sort of thing we’re in for, with slowly rising water (“slow”, in this usage, means “over the course of about 100 years”) – at one point people could walk from what is now Norway to Aberdeen in Scotland. My brain does not do a good job with deep time concepts, so my first assumption was that it was a brief opportunity, a “land bridge” but in fact the area was dry and very fertile for thousands of years, and hosted a lively civilization. Talk about “Atlantis”! What is now the North Sea was a flat expanse which probably resembled Florida today [topologically, not climate]

As oil and gas exploration exploited the North Sea, tremendously detailed surface maps were produced of what is the bottom of the sea, today, but people have been occasionally dredging up ancient artifacts for a long time. I had no idea. There are houses down there, too, or what’s left of them. And other things people made. This lovely carving appears to be someone wearing some kind of armor: 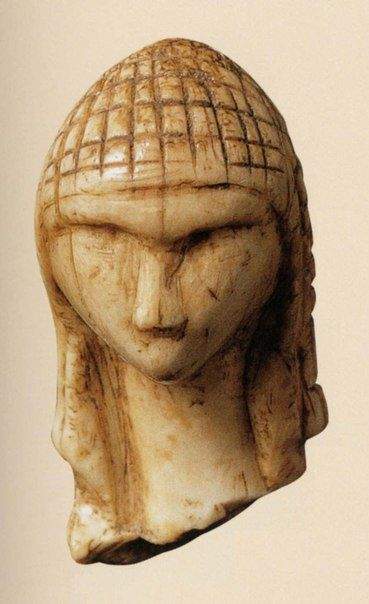 I recall hearing that there were once mammoths and hippoes in England but I didn’t realize that their remains sometimes come up on the end of a dredge. What a thing that must have been for various fishermen, over time, to pull up an elephant skull.

The bog oak that I use for knife handles is from the same time-period, but from Ukraine. I assume that forests used to stand where the Pripet marshes are, now, the trees got buried with the peat moss, and saturated with the tannins in the oak and peat. The coast near Norfolk has a few places where doggerland artifacts and traces of the people are still visible, including the famous petrified footsteps of a 7000+ year-old family. And there are spots where people either planted trees as structural elements, or for ceremonial purposes. 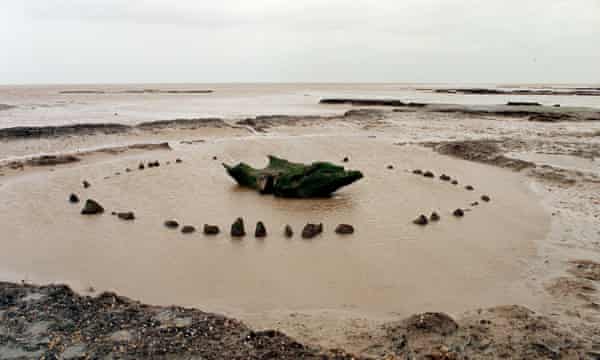 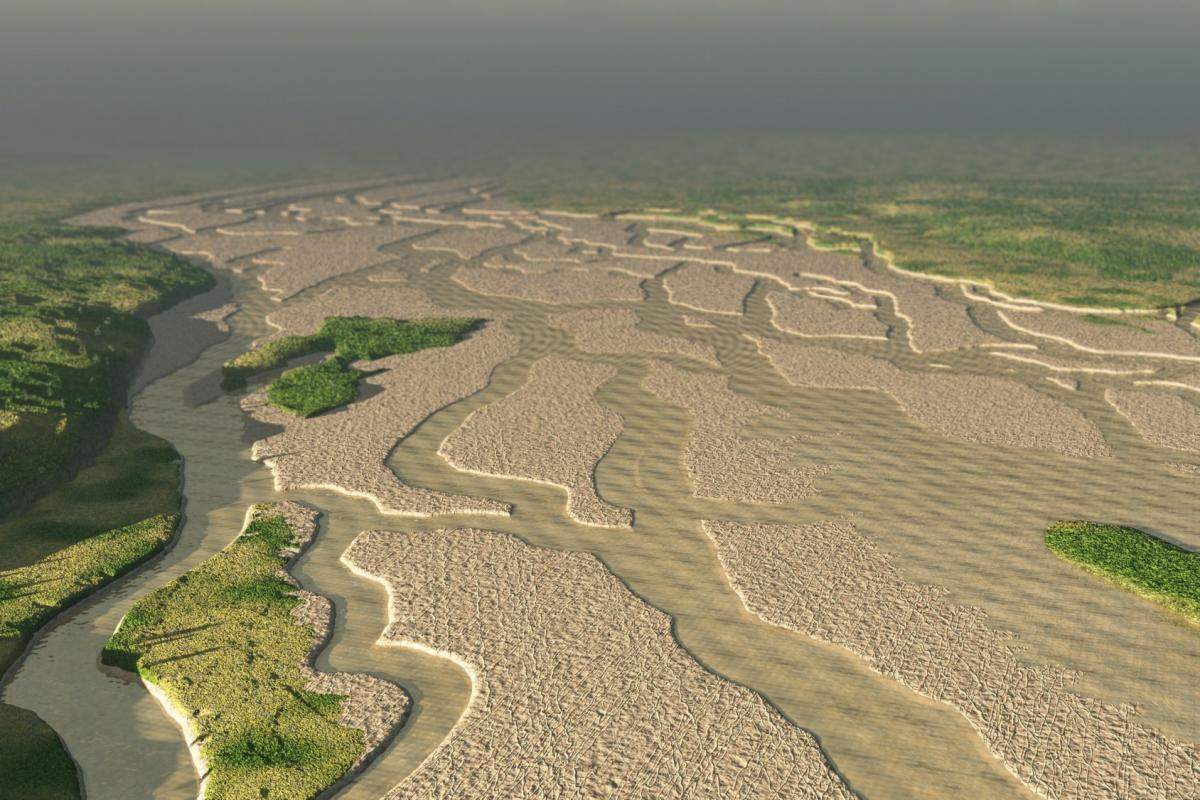 A bit more about doggerland is [here]

Doggerland is going to wind up under deeper water, still – Doggerland is covered in [see comments: I got that horribly wrong] so it’s going to be just a bit deeper than Florida and New York City.

And the wheel keeps turning.

Jawbone » « Cue The Cries of “Political Correctness” and “Cultural Marxism”!