… And fire up the “Streisand Effect.” A Canadian cartoonist was fired for a cartoon of Donald Trump.

I love how CNN decides to be the tasteful and responsible media by cropping the cartoon so that it’s not going to make any Trump fans rush to the fainting-couch. 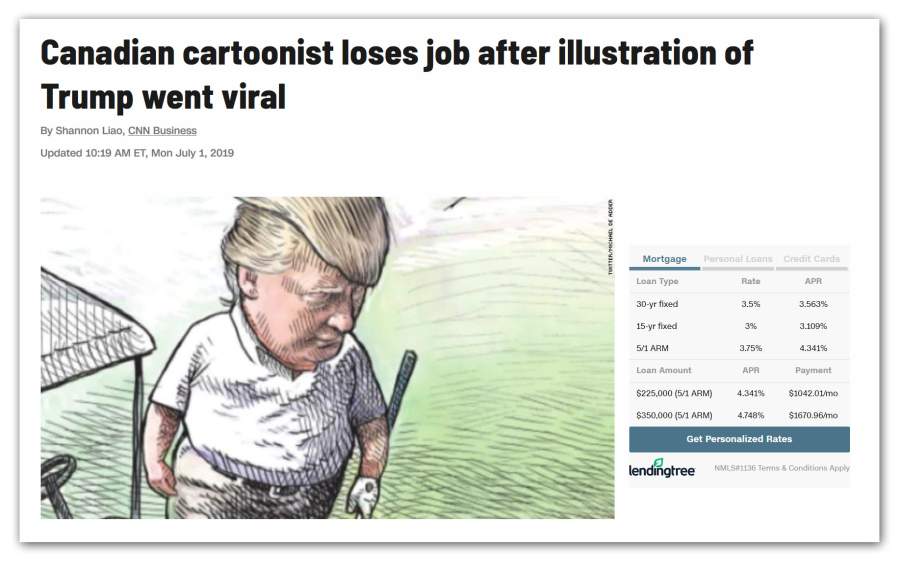 Here’s the whole cartoon. By the way, it was actually hard to find this on Google image search, which makes me wonder how “viral” it was. I’d expect it to be all over the place, like the “Mohammed” cartoons were, giving a lot of newspapers a nail-biting choice as to whether they valued their clickbait or a the story. 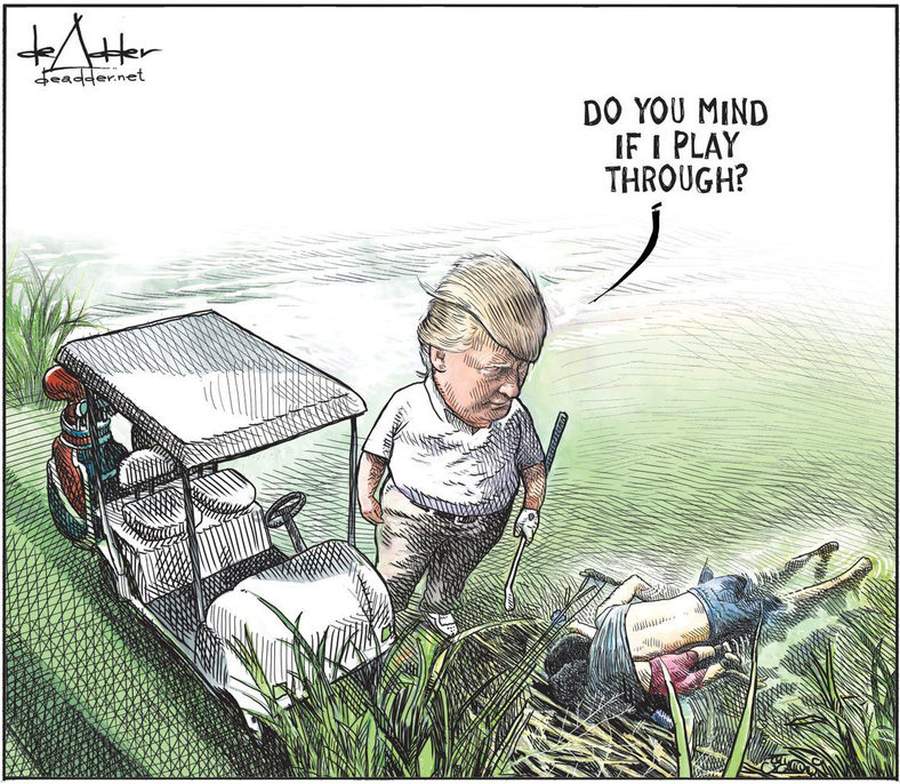 I also think it underplays how little of a shit Trump gives. This portrays him as uncaring, but he’s not – he’s outright malicious.