This is probably old news, but I’m fascinated.

Hell Creek is a great name for the place. It’s where an amateur paleontologist has discovered what he believes is a mass of destroyed and blasted corpses that were thrown up by one of the tsunamis that followed the impact at Chicxulub. As you can imagine, there are lots of issues and questions about the discovery – including but not limited to: in the US a scientist can make a commercial exclusivity contract with the land-owner and maintain their sole right to excavate a site, he’s self-taught and not associated with any major university or research program, and if he’s right it’s one of the biggest finds in paleontology. The New Yorker has an article about it, that I think does a pretty even-handed job of explaining the situation and the site’s significance: [ny]

I called, and he told me that he had discovered a site like the one I’d imagined in my novel, which contained, among other things, direct victims of the catastrophe. At first, I was skeptical. DePalma was a scientific nobody, a Ph.D. candidate at the University of Kansas, and he said that he had found the site with no institutional backing and no collaborators. I thought that he was likely exaggerating, or that he might even be crazy. (Paleontology has more than its share of unusual people.) But I was intrigued enough to get on a plane to North Dakota to see for myself.

DePalma’s find was in the Hell Creek geological formation, which outcrops in parts of North Dakota, South Dakota, Montana, and Wyoming, and contains some of the most storied dinosaur beds in the world. At the time of the impact, the Hell Creek landscape consisted of steamy, subtropical lowlands and floodplains along the shores of an inland sea. The land teemed with life and the conditions were excellent for fossilization, with seasonal floods and meandering rivers that rapidly buried dead animals and plants. 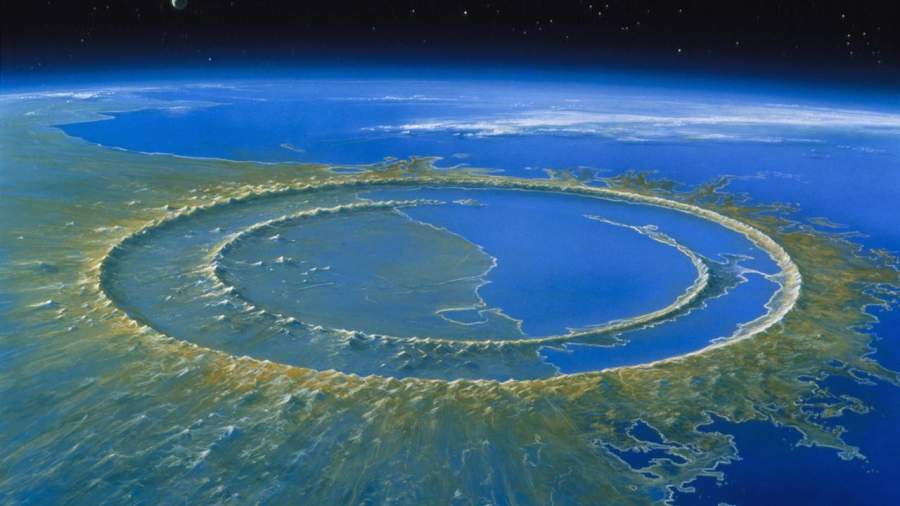 The strata where the fossils lie is covered in microtektites – impact shock rocks that were melted and blasted through the air by the impact and some of the dead animals’ breath-ways contain them, as well. Also, the mix of animals is compelling – there are pieces of blasted fish mixed with pieces of land dinosaurs, piled up as though slammed together by a tsunami or explosion. It does sound, to me, like he’s found something amazing:

Then DePalma came to a faint jug-shaped outline in the wall of the wash. He examined it closely. It started as a tunnel at the top of the KT layer, went down, and then widened into a round cavity, filled with soil of a different color, which stopped at the hard sandstone of the undisturbed bedrock layer below. It looked as though a small animal had dug through the mud to create a hideout. “Is that a burrow?” I asked.

DePalma scraped the area smooth with his bayonet, then sprayed it. “You’re darn right it is,” he said. “And this isn’t the burrow of a small dinosaur. It’s a mammal burrow.” (Burrows have characteristic shapes, depending on the species that inhabit them.) He peered at it, his eyes inches from the rock, probing it with the tip of the bayonet. “Gosh, I think it’s still in there!”

That would be a burrowing mammal, contemporaneous with dinosaurs, which died at the same moment as they did. A lot of things become fixed in time in a planetary catastrophe. There are dinosaur feathers and dinosaur chunks, and fish, and mammals, all dead at the same (in geological terms) instant. More likely it was a horrible afternoon – multiple waves crashing across the land as gobbets of molten rock rained down and everything that could catch fire burned. One of the worst days, ever. 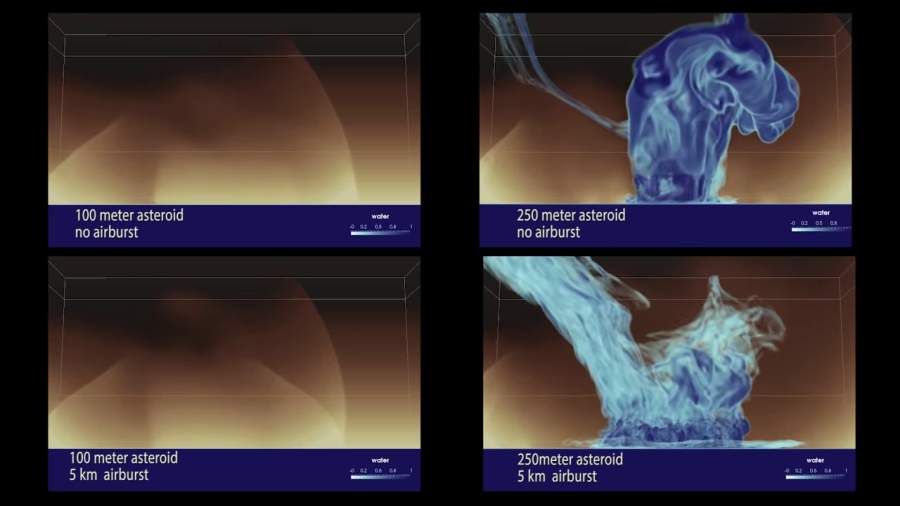 Apparently, dinosaurs were about as smart as a board with a nail driven through it, so they probably did not wonder at the bright dot in the sky that did not move and kept getting brighter. Normally, I like to avoid terms like “unimaginable” but it seems appropriate here. Back in the late 90s I learned about the ultra-precious metorite which was determined to be a piece of Mars rock knocked to Earth by some unimaginable long-ago impact; the article wonders aloud whether Earth rocks were knocked to Mars and beyond; whether Earth bacteria might have been carried on impact ejecta to Saturn’s moons. Unimaginable, too! When the asteroid hit Earth, the initial reflection shockwave quickly made a dirt-wave the height of Mt Everest, displacing the water, which caused the tsunami.

When I first visited the lab, in April, 2014, a block of stone three feet long by eighteen inches wide lay on a table under bright lights and a large magnifying lens. The block, DePalma said, contained a sturgeon and a paddlefish, along with dozens of smaller fossils and a single small, perfect crater with a tektite in it. The lower parts of the block consisted of debris, fragments of bone, and loose tektites that had been dislodged and caught up in the turbulence. The block told the story of the impact in microcosm. “It was a very bad day,” DePalma said. “Look at these two fish.” He showed me where the sturgeon’s scutes – the sharp, bony plates on its back – had been forced into the body of the paddlefish. One fish was impaled on the other. The mouth of the paddlefish was agape, and jammed into its gill rakers were microtektites – sucked in by the fish as it tried to breathe. DePalma said, “This fish was likely alive for some time after being caught in the wave, long enough to gasp frenzied mouthfuls of water in a vain attempt to survive.”

It had more impact than Brexit.

Not Good » « A Thing I Would Like to See