Imagine you are walking down a dark alleyway, alone, at night. Suddenly, the menacing music starts and the fog-machine turns on. You spin around and see, coming out of the fog toward you, a ${whatever} clutching a sharp knife that’s already dripping blood from previous use.

Since you’re a strategic genius you:

[Due to budgetary constraints, “all of the above” is not a valid answer]

We trust that our point is clear; when the pace of an engagement is such that you’re in a situation some might call an “emergency” then a response that might take a decade or more is categorically off the menu of options for anyone who wishes to claim the title of “Strategic Genius.” Emergency response is an art-form with a great deal of overlap into the military arts. The entire art of war is a matter of knowing when to hold, when to fold, when to walk away, and when to run. If your enemy is in the field before you, maneuvering, you do not have time to “build a wall” – even the famous wall the Spartans built at Thermopylae was not much of a wall; what made it defensible was the Spartans atop it. Wall-building is not a tactical response to anything: fortification is a modification of the strategic landscape. 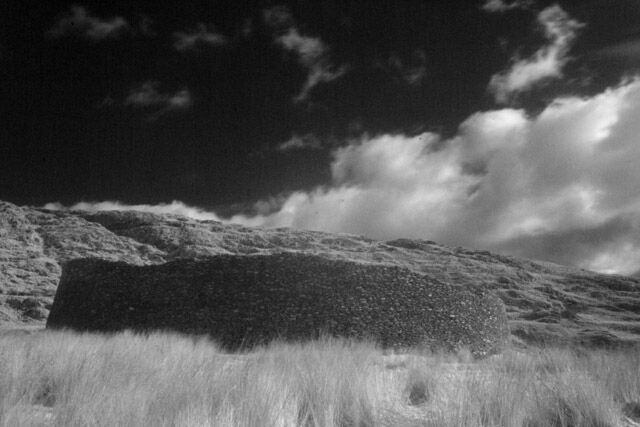 This brings us to another crucial point about wall-building, other than that it is slow. It still requires manpower. The ring-fort (illustrated) would have been pretty difficult to assault, had it been filled with angry, defensive celts with spears and swords. Once it was uninhabited, it was easy to go over or around. Similarly, when the French built the famous Maginot Line of defenses to keep the Germans out, it turned out to be too thinly manned to put up enough resistance. The mistake the French made at the Maginot line was that they forgot that walls are not a static defense in their own right; they are what you can fight an active defense from. Shortly after WWII the Maginot line was thoroughly looted and became a curiousity and pissoir for the locals. The Irish ring-fort is probably quite a bit lower than it used to be, because its rocks were used by generations of local farmers to make stone fences, houses, bridges, etc.

It’s so nice to be back home; a lot of stuff has piled up in the last two weeks that I need to get to. Instead of doing that, though, I’m heading to the shop to make some metal dust. Because life’s too short.

It’s Like End Times All Over Again » « Mustn’t Upset the Pope!