One of the many podcasts I follow is Adam Savage’s Untitled, the Adam Savage Project. It’s pretty good when he gets started on film-making or special effects, and sometimes it’s really interesting.

Last week’s episode, subtitled: “The Scariest Episode Yet” is one of the most interesting podcast episodes I think I have ever heard. That’s because the guest is Joe DiRisi, a molecular biologist, who has some amazing stories. I won’t spoiler any of them, though I expect that there may be spoilers in the comments – so listen to the show, first, then read the comments.

The show starts a bit slowly, with the usual nerd-heirarchy-establishing throat-sac warbling; it gets interesting when Joe says “did I ever tell you about the snakes?”

For those of you who are reluctant to just gamble your precious time (I understand that, I really do) let me explain a bit about the discussion. DiRisi is talking about using DNA sequencing to identify new viruses or pathogens, as a diagnostic technique. Suppose Marcus has a weird thing in his eye: you sequence some Marcus DNA, then you sequence some DNA from the thing in the eye, subtract, and then try to match the DNA that’s not Marcus’ with, well, something.

The  comments are authorized spoiler-zone. 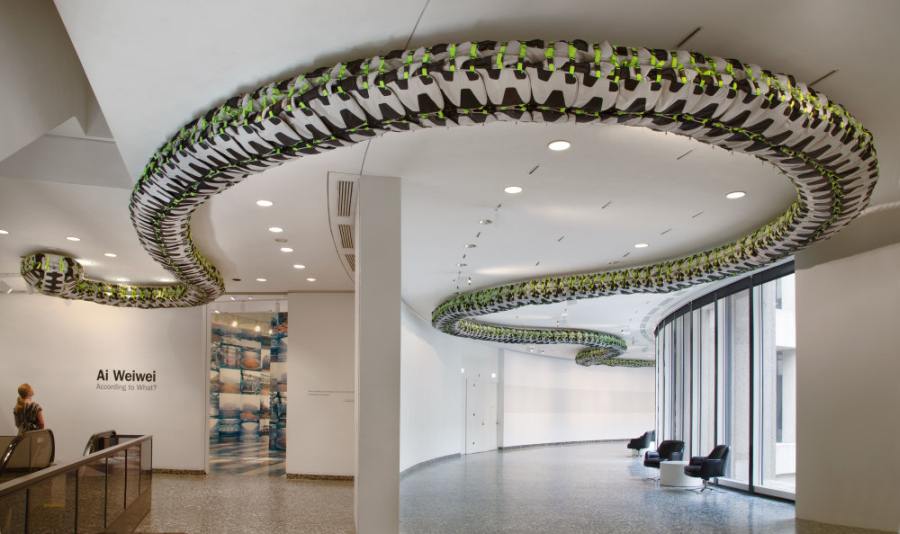 Just to add some space: Snake Ceiling By Ai WeiWei