The Fuel Rats are continuing their galaxy-conquering glorious romp in the limelight!

I haven’t been able to get into game for months (I’m playing World of Warcraft again, O Noes!) but the folks at Frontier are still working to build new content and wonders into the game. A recent addition is lighted signage on some outpost landing pads. (“Yay, marketing!” grumbles the badger) 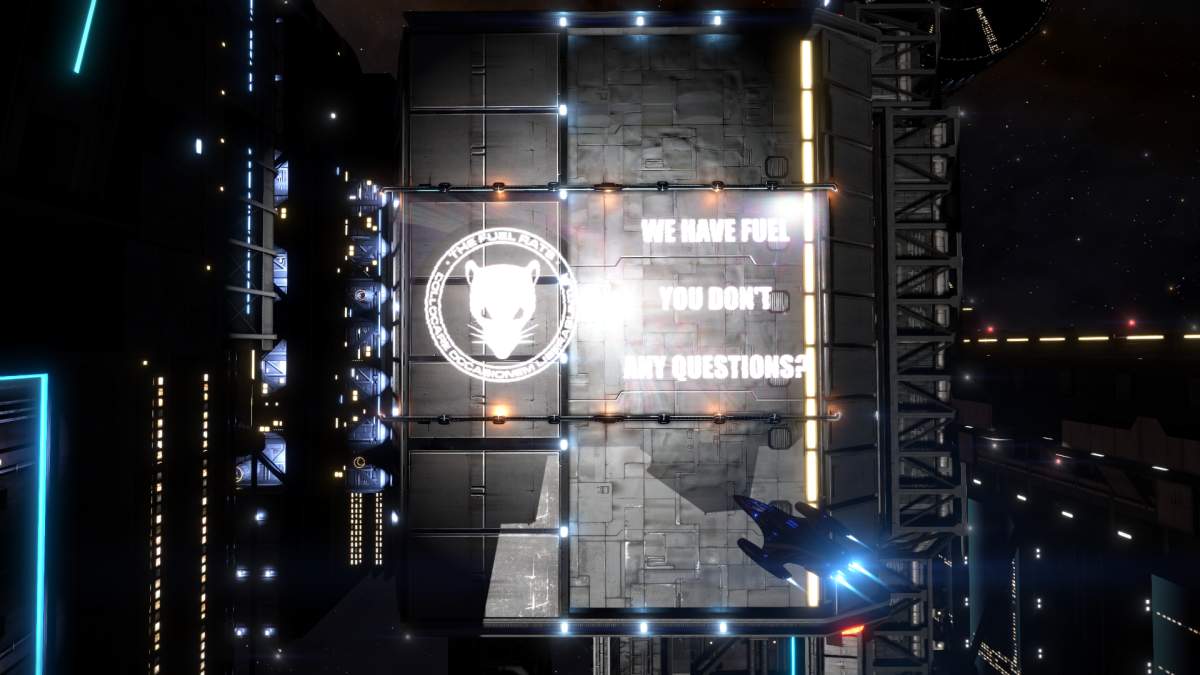 We have fuel! Oh, yes we do! In game-scale that sign is at least a mile on the long side.

The Fuel Rats are up over 50,000 rescues. Every one of those represents a positive experience for a gamer – one more person who has a chance to realize that when you encounter another player in a game, you do not immediately have to fight for your life. The Fuel Rats are anti-griefers, hauling sunny smiles and cans of highly explosive fuel to those who haven’t got them.

One of the current trends in gaming is “Battle Royale” games. Basically, Hobbes’ Playground 3D – every player trying to kill every other player. In fact, the game is constructed to make cooperation a disadvantage. It’s as if our rulers are trying to get us accustomed to the future that they are planning for us.