Computer security is a new(ish) field, so we get to make up names for things. That’s an advantage and a disadvantage – it means that marketing people can come up with new-sounding names for old stuff, and sometimes customers get all excited and buy it because it sounds so new!

Then there are the problems. Long-standing problems in computer security don’t seem to go away and, aside from the theoreticians or industry insiders, nobody wants to talk about them. I suspect that talking about certain problems is kind of like talking about friction to a mechanical engineer. If you don’t take it into account, you’ve just hoisted the clueless-roger – but you can’t come along and claim to have solved it, either. Familiarity with the problem is a sign that you understand it and you understand that you have to take it into account.

One of security’s unpleasant facts is the problem of transitive trust. 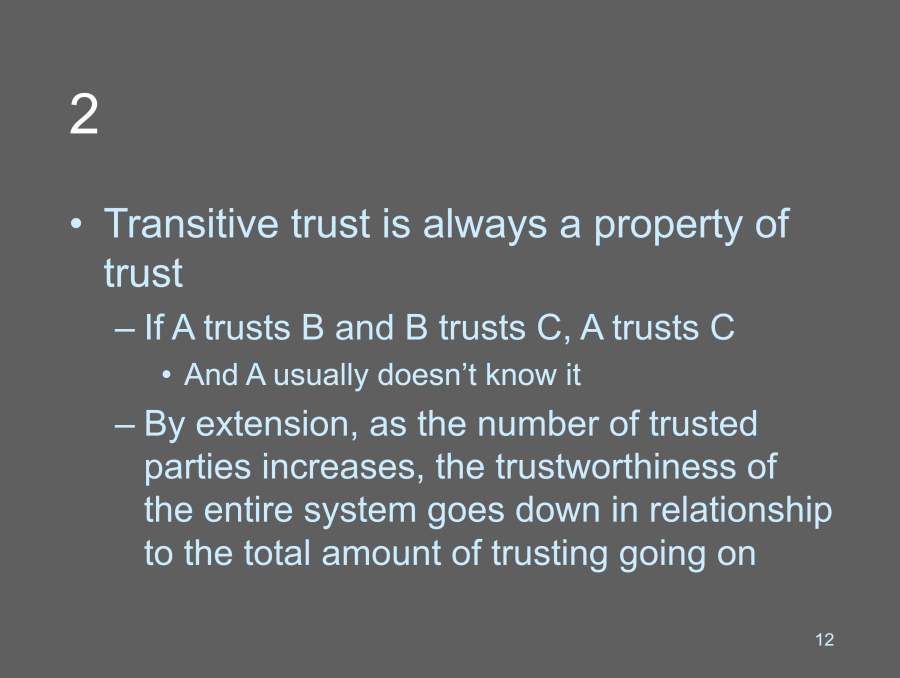 If you trust something, what does that thing trust? (“Thing” here can be a person, too) – all systems rely on trust to some degree, the question is not if something is trusted it’s whether it’s trustworthy. Equifax was trusted but turns out to not be completely trustworthy – that’s just one example. A trustworthy component is one that behaves the way your trust model expects it to. That’s a nice way of saying “you’ve got to be kidding me, pal!”

In the big scheme of things, transitive trust bites us when we’re looking at entity relationships. Hackers barely bother using transitive trust-based attacks, but when they do they are almost inevitably successful. It’s one of the reasons I tend to be skeptical of claims that ${Russians, Chinese, North Koreans, random group of sociopaths} are using super-sophisticated hacking techniques. When you’re talking about people like John Podesta falling for basic phishing attacks, you don’t need to flex your muscles very hard.

Here’s a fairly typical transitive trust attack scenario: there’s a political campaign that relies on an external legal counsel. The attacker researches some court filings and determines the name and the firm (that information might also be contained in linkedn or facebook or a variety of other sources) – then, they attempt to appear more trusted by sending a fake email appearing to come from the attorney. Basically, the attacker is trading on the trust that the target has in their legal counsel. Sometimes this works, sometimes it doesn’t – but it has a higher probability of working the more credible-seeming it is. I’ve seen phishing emails come in that claim to be from a correctly named attorney at a correctly named law firm, and the Subject: line reads Re: ${docket number} – perhaps this is why I am so contemptuous of common-or-garden spam: compared to the more targeted phishing attacks, it’s really very bad.

Here’s a more sophisticated one: a certain company provides air conditioning and power system maintenance and repair services in an area where there are a lot of data centers. The attacker reasons (correctly) that the HVAC company may have access to systems within a certain data center, so they launch an attack against the supplier, hoping to identify a backdoor into the actual target. Speaking of targets, that’s how Target(tm) got compromised. How did the HVAC company get compromised? Someone there appears to have opened a spreadsheet that looked like it came from Target.

These sort of attacks are possible anywhere where one business sits across another’s supply chain, or their data chain, staffing, or services provided. In other words, it’s an extremely “target rich” environment. The worst thing is: there is no way to do business, have customers, exchange data, or perform transactions without trusting someone. So it’s probably an insoluble problem.

That’s why what happened the other day is not exactly a big failure on the part of the companies that depended on a certain map database: [nyt] 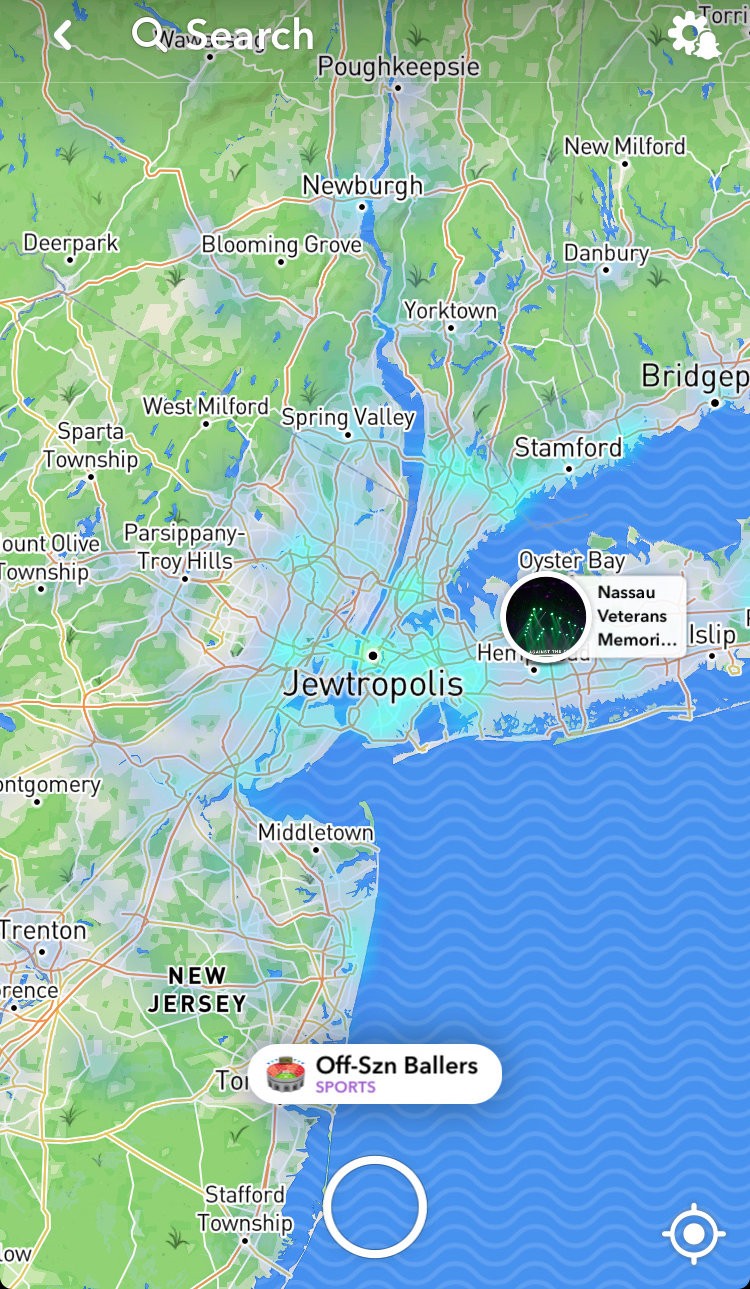 Users of a variety of popular apps and services, including Snapchat, awoke Thursday morning to find that New York City had been relabeled “Jewtropolis” on maps displayed in the apps.

People on Twitter quickly posted screen shots of the maps, calling them racist and anti-Semitic. Maps on Snapchat, Citi Bike, StreetEasy and even The New York Times all appeared to be affected.

All of those affected use embeddable maps from a third-party company called Mapbox. The company said in a statement that its New York City map had been “vandalized.”

“Mapbox has a zero-tolerance policy against hate speech and any malicious edits to our maps,” the company said, adding that the label was deleted within an hour. “The malicious edit was made by a source that attempted several other hateful edits. Our security team has confirmed no additional attempts were successful.”

Snap, the parent company of Snapchat, said that the third-party data it uses for its maps tool, Snap Map, had been “subject to vandalism.”

Many organizations appear to have trusted Mapbox. Who did Mapbox trust to edit their database, who they should not have? This sort of thing is a particular danger with user-provided content. Imagine if someone decided to implement a protest by manipulating Google Maps and Waze’ perception of the traffic that was going across some of the main arteries into/out of a mega-city? Whose inputs do we trust? We cannot trust no inputs because then we’d have no customers, and do nothing.

This was just a map database, it wasn’t one (we think) that was being used by self-driving cars, or nuclear weapons. Imagine if there was a self-driving car that blindly trusted that map and went, “oh, well, I am clearly not in New York anymore” and started going to who knows where?

It feels weird to see these old powerpoint slides again.

See why computer security people are weird and paranoid? We’re supposed to think of all this stuff before it happens. There’s no way that’s going to work.