Tearing my shop down (my project for late last week) was depressing. After going to all the trouble to assemble the massive benches and bolt everything down to it, I had to unbolt everything and begin disassembly. It amounts to a repudiation of my own work.

Making sure everything is right has safety consequences, though, so I’m doing “full stop” whenever I can think of a way of making things better. That means a lot of re-arranging and re-thinking.

One of the things I realized was that putting my tools on the floor means I have to bend over in order to pick them up, and that means getting my face near my anvil, which gets hot. Time to re-think things!

My new design is that I will stand in the center of a circle, with the most frequently-used things to the front, near each other (“the very hot zone”) and less frequently-used things (like flux, annealing tub, etc) toward the rear. That means clearing more space and moving things around. The spare oak tree-round that I was using as a seat/stand – I moved it to another room – it appears that none of what I am doing involves being seated. Having a “lap” is just an inviting landing zone for sparks. 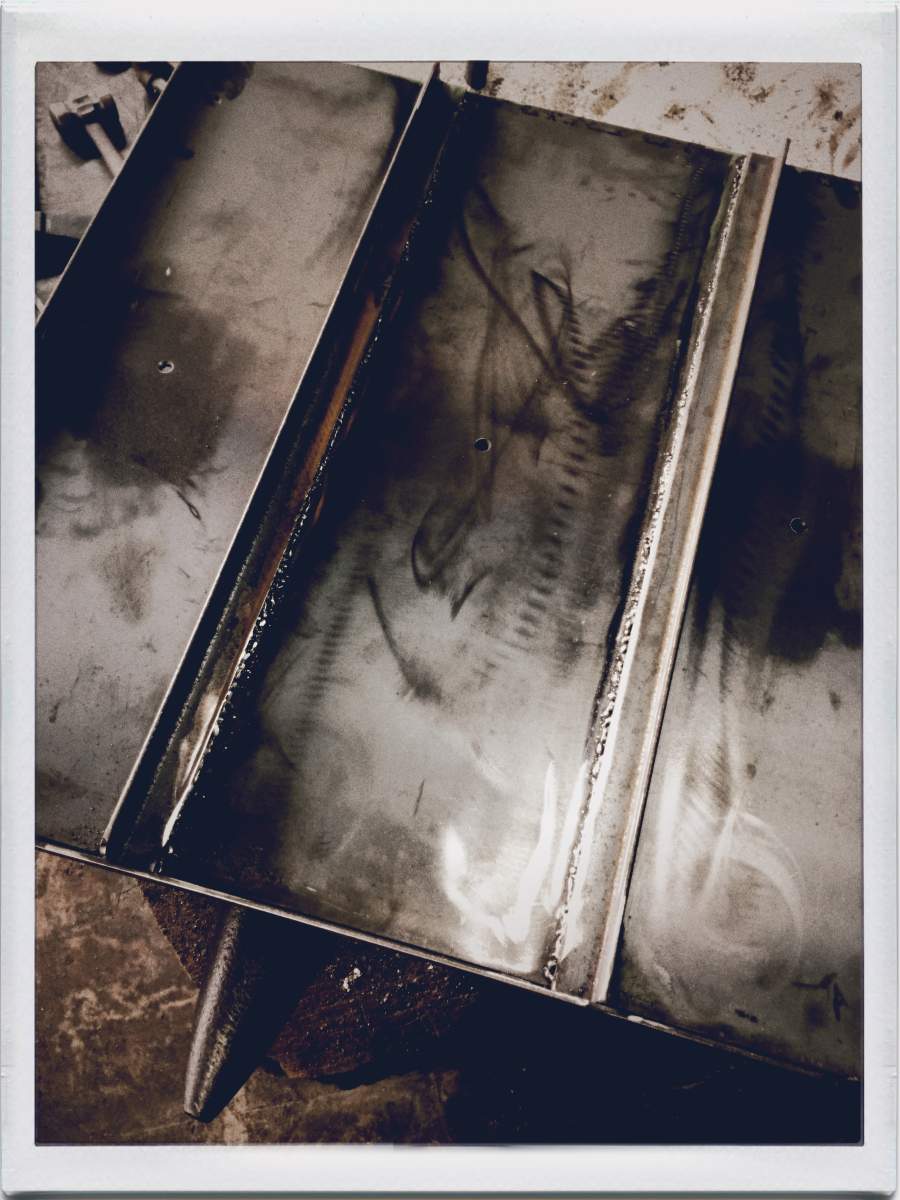 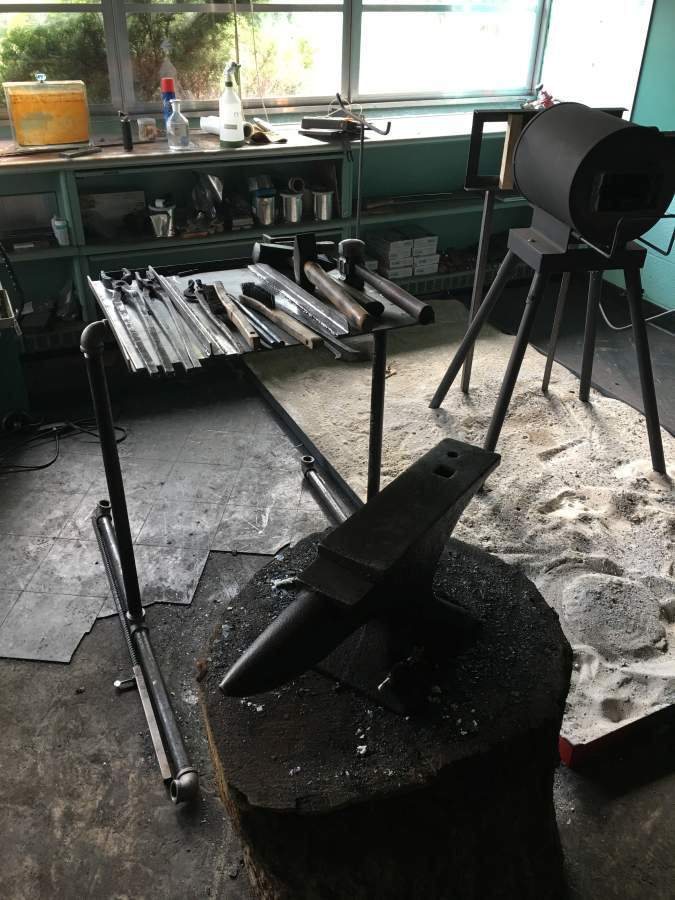 It seems about right. The angle can be adjusted by wrenching on it with a pipe-wrench.

Oh, and to whichever of you it was who suggested that my annealing tub should be full of pearlite not cat litter: “you’re not kidding.” The fuller’s earth turns to a nasty powder when it’s put up against red-hot stuff. I’m setting up a new annealing tub with pearlite. It’ll also be lighter. It turns out that putting 4 or 5 bars of red-hot steel into a 15gal container of cat litter holds the heat really well. By the time it has sat for a while, the whole can is unpleasantly hot to touch, or open – and it smells.