Recent discussion about pickling and canning [stderr] reminded me that it’s time to more closely research the history of the technique. In its time, it was a tremendously important military technology.

Not only did Napoleon Bonaparte say “an army marches on its stomach”* he put his money where his mouth was – the Bonaparte regime funded the development of canning. For reasons that ought to be obvious. [wik]

During the first years of the Napoleonic Wars, the French government offered a hefty cash award of 12,000 francs to any inventor who could devise a cheap and effective method of preserving large amounts of food. The larger armies of the period required increased and regular supplies of quality food. Limited food availability was among the factors limiting military campaigns to the summer and autumn months. In 1809, Nicolas Appert, a French confectioner and brewer, observed that food cooked inside a jar did not spoil unless the seals leaked, and developed a method of sealing food in glass jars. Appert was awarded the prize in 1810 by Count Montelivert, a French minister of the interior. The reason for lack of spoilage was unknown at the time, since it would be another 50 years before Louis Pasteur demonstrated the role of microbes in food spoilage.

At that time, governments would often offer rewards for solving interesting problems, which was an idea that I wish would come back into vogue. The British crown had similar rewards for producing accurate clocks – to allow better calculation of longitude for navigation – and naval compasses.

Food preservation is a fascinating topic that I keep thinking “I should learn more about that” except every time I do, I get the eebie-jeebies really badly and tend to go on a diet. Hey, the “eebie-jeebies diet” could be a best-seller, what do you think? As you might imagine, canning and storing food also had its ups and downs – dunking the interior of a can in molten tin (after first etching it with acid so the tin would stick) is why we have the term “tin can” instead of “lead-soldered can” which turned out to have some serious problems. Aluminum, which was more valuable than gold until the bauxite/electrical extraction method was devised, appears to be one of the ideal substances for can-making. And then there’s plastic…

One thing I learned years ago, after I was stuck at a dinner party next to a “moonbeam” who asserted that all chemical additives “you know, BHA, BHT, guar gum, that kind of thing…” were bad in food – it got me wondering “what is BHA?” and much to my surprise it turned out BHA (real name: butylated hydroxyanisole) is a naturally-occurring oxidation blocker that occurs in apricots. Most of the fruit that dehydrate well, without going rotten? That’s why. And if you really want to make a moonbeam’s head explode, make sure you emphasize that BHA is an antioxidant because, you know, antioxidants are super good for you in general. Guar gum is a surfactant produced by beans. You can’t get any more healthy than beans, I rest my case! Where certain antioxidants become a problem is when they’re used to prevent fats from rotting, in the form of Nutella, Little Debbie Snack Cakes, and other fat-laden stuff that’s chemically altered to have a longer shelf-life.

As Jorma Kaukonen wrote on a Jefferson Airplane album cover: “I don’t care if my lettuce has DDT on it as long as it’s crisp.”

Have any of you eaten irradiated food? I am not afraid of it, I just have never encountered any of it on my plate. But speaking of eebie-jeebie diets, someone was telling me about an irradiated ham sandwich that was perfectly fresh months afterward. When I was a kid I had food poisoning from a ham sandwich (I thought I was going to die, and then I wanted to die) and the words “three month-old ham sandwich” do not go together.

Pickling and brining and drying and smoking and ${other food preservation techniques} predate canning. My favorite is allegedly “steak tartar” being salt-cured beef jerky made by putting it under a horse’s saddle blanket and letting it sweat on it. And then there’s that Icelandic thing where they bacterially poach a shark by loosely burying it in beach sand and letting it rot just the right amount… I have had that appear on my plate. My stock response when someone tries to feed me something like that: “I don’t like to eat for other people’s entertainment.”

The attribution to Napoleon may be incorrect. It may have been Frederick II. [qi]

Sun Tzu was there first with the quote:

Make forays in fertile country in order to supply your army with food. 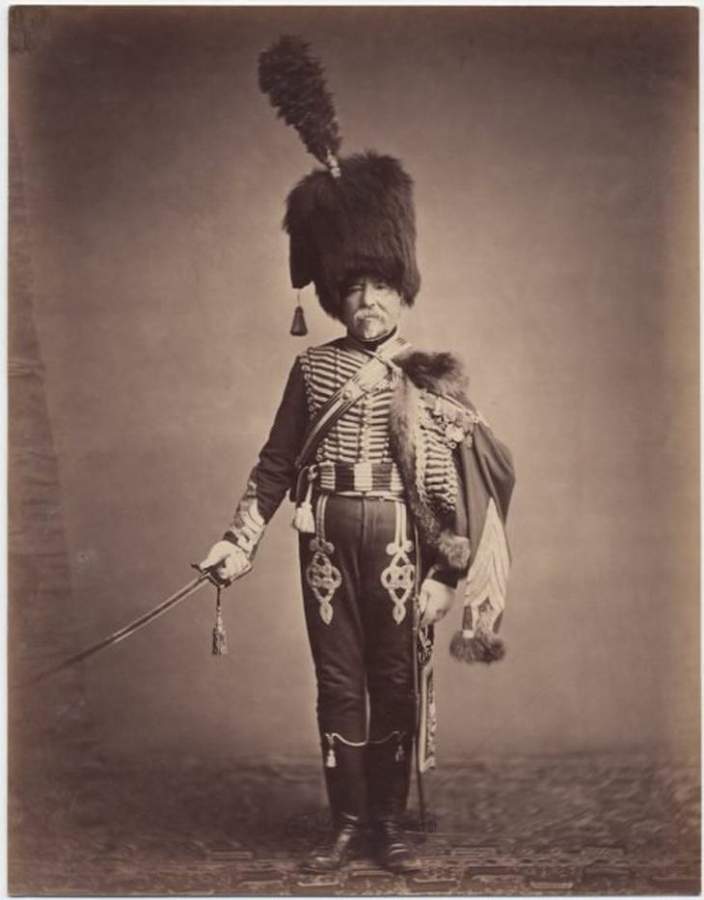 A well-fed Napoleonic hussar (looks like chasseurs a cheval de la garde imperiale! I bet that guy had some stories)

One of Napoleon’s great innovations in warfare was a system of fast food redistribution behind the advance of scouts. For all that the hussars were dashing warriors, they were also tremendous chicken reallocators. Most armies since the dawn of armies have done this, but Napoleon’s army was comparatively huge (for its time in history) and had to invent new logistical paradigms – which famously failed in Russia. Marbot’s memoirs have several stories involving hussars and liberated pigs and chickens – not to mention the wine. Wine has always been liberated by the victors. “Vae Victis” Victuals.

“among the factors limiting military campaigns to the summer and autumn months” – not to mention the cold, if you find yourself walking back from, say, Moscow.

Unknowns » « Who Knew It Was So Easy?