As computers and AI recognizers get better and faster, recognition techniques will continue to get better and faster; I think that’s a given. But it’s also a given that as procurement managers keep throwing more money at a system that doesn’t quite work, they will …  Well, they’ll have spent more money! It doesn’t necessarily mean that the system will work better.

My spider-senses (I was bitten by a radioactive wolf spider and occasionally have the uncontrollable urge to dance around with my arms over my head) keep tingling when I encounter these stories regarding security technology. It sounds a whole lot like: “sell them the system on spec, before it works completely, then sell them upgrades once their dollars have been captured and the decision-makers’ careers are in jeopardy.”

There are several ways to read this: [ars]

When you realize that it’s very difficult to tell state license plates apart, and states issue the same plate-numbers on different cars, you’re suddenly staring at the whole system completely failing to function as advertised. As I described [stderr] these system errors could have serious consequences – my car came up as “stolen in Virginia” even though my license was fine in Pennsylvania – so I had 2 cops goon-walking up to me with their hands on their guns ready to shoot me full of holes. Because with a license plate frame, you can’t see the state with the camera.

ELSAG has not yet implemented a “search by the driver’s skin color” feature. But I’m sure the Mississippi state police are already asking for it:

On Tuesday, one of the largest LPR manufacturers, ELSAG, announced a major upgrade to “allow investigators to search by color, seven body types, 34 makes, and nine visual descriptors in addition to the standard plate number, location, and time.” 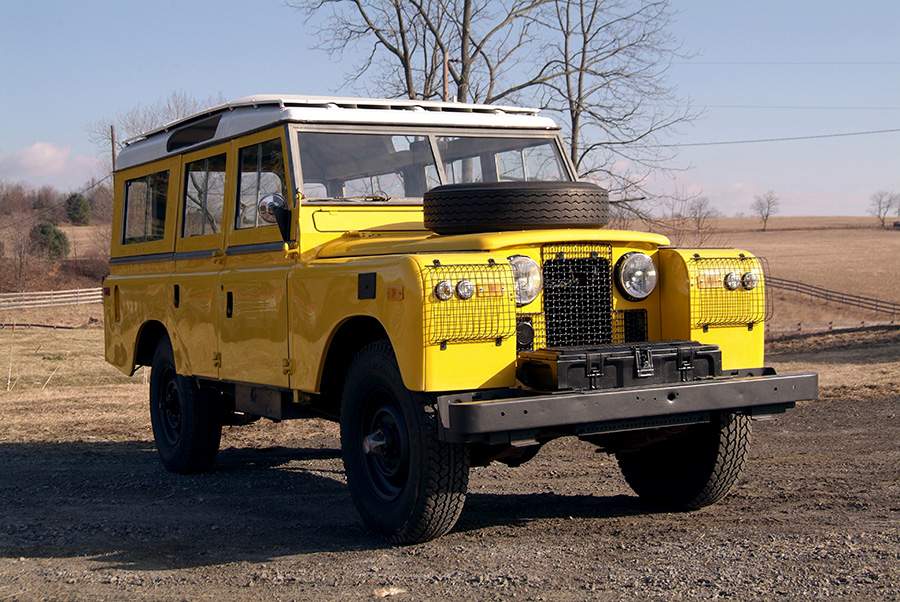 I just needed something to illustrate. See, the match would fail: no roof rack. (the yellow rover, I sold it back in 2010)

This is just adding more matching functions into the categorizer. There’s nothing wrong with that, but for those additional categories to be useful, you have to already know what you’re searching for. [stderr] If you were to tell it “check every car that goes through here and notify me if you see a Land Rover Series 1 with a Brownchurch roof rack, color screaming bumblebee yellow” then there’s a decent chance the system will be able to make that match. But that’s not how the police want to use the system.

The police want to use the system in a completely different mode. They want: “look at every car that goes by and tell me if it matches any car we have anything interesting on.” In other words, a multi-way match, not a single item match.

It seems natural for us to assume that a car-recognition system is going to work that way – after all, it’s what our brains do – but it seems quite suspicious to me that the cops don’t appear to realize that the system is not going to work the way they appear to think it will. Unless, as I hypothesized before, they simply don’t care and are just looking for a good excuse to pull people over.

The solution is to keep upgrading and paying for maintenance while the software provider keeps struggling to make it work. They’re going to throw a lot of money at this and it’s still not going to work the way they want it to.

License plate frames are not just ornamental crap. Some cars’ license plate holders are suspended so that the plate can vibrate and if the resonant frequency of the plate is wrong, the metal screw-holes will just snap off. I know this because a friend of mine’s motorcycle plate did that, once, when I was behind him, and the license plate bounced right off my helmet.

Floating In a Sea of Propaganda – part 1 » « Starting to Wonder