I believe in “the deep state” but it’s not quite what people think it is: the deep state is the combined momentum of several out-of-control government agencies; their political inertia and self-interest make their actions appear to be a behind the scenes government, but it’s mostly a desire to protect their importance and budget.

One of the things conspiracy theorists get wrong about the “deep state” is that they believe it is unified and takes concerted action. The last thing that is ever likely to happen is for the movers and shakers behind the scenes to take concerted action. About the only thing they agree on is “war is good.” And it’s hard to believe that they feel that way because of any ideology – it’s just that war means a chance for more budget and an opportunity to expand and become more important.

There are, of course, more federal agencies, but they don’t really count. They constantly try to maneuver to count; the NSA is an example of a pretty good up-and-comer, though you’ll notice that the CIA had its own (surprised?) cyberwar stack that the NSA couldn’t control. Oh, and so does the FBI. Every one of the big agencies is always eyeing the other’s turf and trying to see if they can do something that will get them more importance and a bigger budget.

The Pentagon is so powerful and bloated and huge that it more or less ignores everyone else. It’s trying to find its colossal ass with both hands, pausing intermittently to jam more money down its maw. The Pentagon can have F-35s, nuclear subs and carriers, and nuclear weapons: the FBI and CIA and everyone else are nothing. If there is a “deep state” the Pentagon is it. One thing most Americans don’t understand is that The Pentagon owns Congress. They ask for more money and Congress says “sure!” in spite of the fact that Congress passed a law requiring The Pentagon to audit its books and inventory its stuff and The Pentagon told Congress, “it can’t be done.” Rumor is there were plans to have all the crew of a nuclear aircraft carrier stand on the deck to spell the words “FUCK YOU” for Congress, except then the program got out of hand and it would have cost $60 million to get two air craft carriers together to spell “FUCK YOU CONGRESS” but then the Air Force wanted skywriting and The Marines wanted deck-space and the whole program spiraled out of control. Somewhere, someone is still budgeting for that event and it will take place in 2050, when the Blue Angels are all flying F-35s. It will culminate with a great wicker man stuffed with money, the size of the World Trade Center, and it will make a fantastic bonfire.

The Deep State is The Pentagon, which has a government attached to its ass like an irritating pimple that keeps occasionally flaring up and demanding attention. The Pentagon’s bureaucracy dwarfs most countries’ militaries – which is probably why, not very secretly, they want to destroy China and Russia: they want to be the biggest, the bestest, and the most expensive. Well, they’ve got that part right: they have convinced the American People that they need to spend as much on The Pentagon as everyone else in the world spends preparing to defend themselves against The Pentagon, combined.

Then there are the yammering puppies that want to be part of the deep state. Those are: England, The CIA, The NSA, The FBI, and the Department of Education (which has its own SWAT TEAM for fuck’s sake) – but those agencies are very real, and very powerful. They flex their muscles and maneuver and outmaneuver. [I was kidding about The Department of Education] This is how they see themselves: 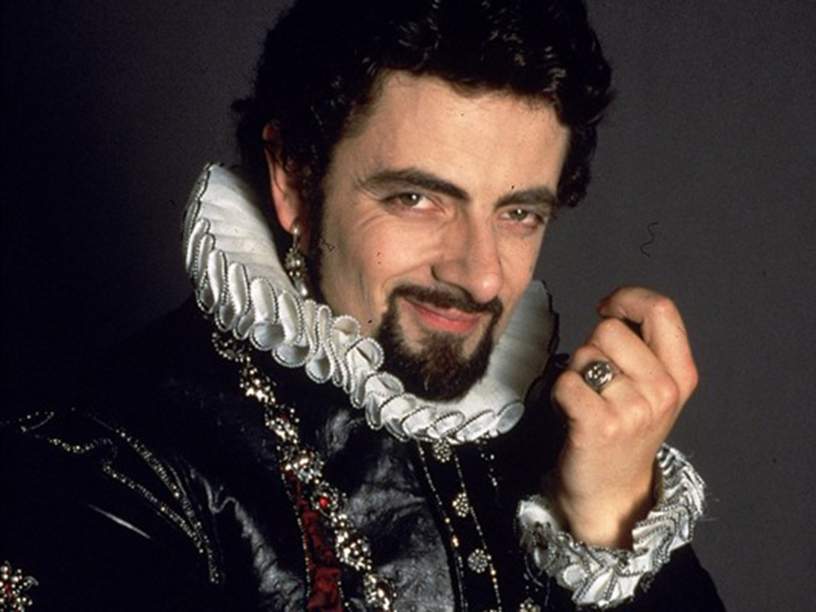 I am not joking. If you want to understand The Deep State all you have to do is picture a government with 50 agencies run by Blackadder.

The most significant of the interagency conflicts that drives the visible manifestation of The Deep State is the CIA/FBI conflict. On my list of recommended books [stderr] there is a book entitled Wedge: The Secret War Between the FBI and CIA. [wc] Go read it, if you want to understand how the unified “deep state” can only be mythical; these are agencies that will overthrow governments in order to get a notch up on the other. 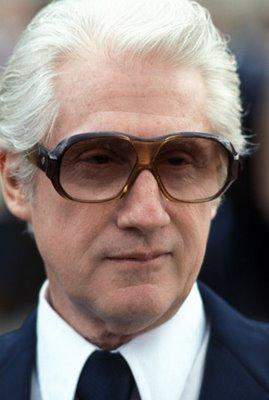 The FBI Assistant Director who took down The President

If you don’t believe me about that, you need to think about the Nixon administration and Watergate: Nixon was a big fan of the CIA – the CIA was becoming important and influential and had gained a lot of power during the Vietnam War. The CIA had even developed a combat capability and had recruited a lot of … what can only be termed “psychotic killers” in Vietnam. The CIA has always, since the days of its founder “Wild Bill” Donovan, wanted to be a private army that does, basically, whatever they want. They want to be The Pentagon, but they’re realistic in their goals. Mark Felt, who became “Deep Throat” – the anonymized leaker who brought down the whole Nixon house of cards – was a former Associate Director (the #2 job) at FBI. He didn’t want the CIA to get too much influence, so he brought down The President.

That is how important it is to these clowns to be able to shit on eachothers’ shoes.

That is why The Pentagon maintains its steely aloofness: this stuff is below their radar screen. They can buy and fly F-35s and the CIA and FBI are, basically, a blip on their budget. They will, however, ruthlessly stomp down on the CIA’s attempt to build much of a military capability; the Air Force was successful for years at preventing the CIA from flying armed predator drones. Finally the CIA did what they always do: they just did it under cover of darkness and buried the program down in some classified bin until word got out.

This is not the stuff of deep conspiracies; it’s venality and incompetence. Perhaps you’re one of the few Americans who knows why the SR-71 Blackbird is no longer flying; why there was no Blackbird 2.0? The CIA had done the unthinkable: they had built their own airplane. They were involved in building their own rockets. The Pentagon rolled over and crushed those dreams with the tip of its thumb: it called up a congressman. Our records show this dialogue is approximately accurate:

Pentagon: “We have called you to tell you some things.”
Congressman: “Precioussssss, we hears. Precioussssssss, we obey! What is thy bidding, my master?”
Pentagon: “The CIA has an aircraft. It is called the SR-71. They are not supposed to build aircraft. Only the Air Force builds aircraft.”
Congressman: “Yesssssss! We hates it! We hates the SR-71!”
Pentagon: “The SR-71 competes for budget with aircraft that are being built in your district. They are an important part of our budget and we would hate to shift to have them manufactured elsewhere. Jobs, you know?”
Congressman: “Precioussss!! Jobsssss!!!!!”
Pentagon: “You will tell Robert MacNamara, the Secretary of Defense, that the planes are falling apart and are unreliable. You will suggest that money could be saved by scrapping them.”
Congressman: “I get to lie, Preciousss. Yesssss!”
Pentagon: “Then you will tell him that, since nobody will be making the planes any more, they should destroy all the templates and tooling for the aircraft. Because that will maintain secrecy. After that, any spare parts will no longer be necessary and they can be destroyed, too.”
Congressman: “Shall I lick your boots now, Preciousssss?”
Pentagon: “No, you disgust me.”
(Audio recording ends abruptly)

There are wars for funding within The Pentagon, of course – between the different services. It was a huge battle (and some sneakiness involved) for The Navy to have ground troops (The Marines) and The Army tried several times to do away with them. The Air Force tried to control the airplanes that flew off The Navy’s carriers, etc. It’s a great big whirlwind of battles and rivalries where the serious money gets spent, and The Pentagon has to periodically reach out and slap someone to keep them in line. We can see echoes of the real battle, as the services (and agencies) express their rivalry by trying to become the chief advisors to The President. Sometimes the FBI is used to clear an unsightly chunk of gristle, like General David Petraeus, from between its teeth: he’d have been an embarrassment, so let’s tie a sherman tank around the ankle of his political career and launch it off the deck of a nuclear aircraft carrier using one of those newfangled magnetic launchers. 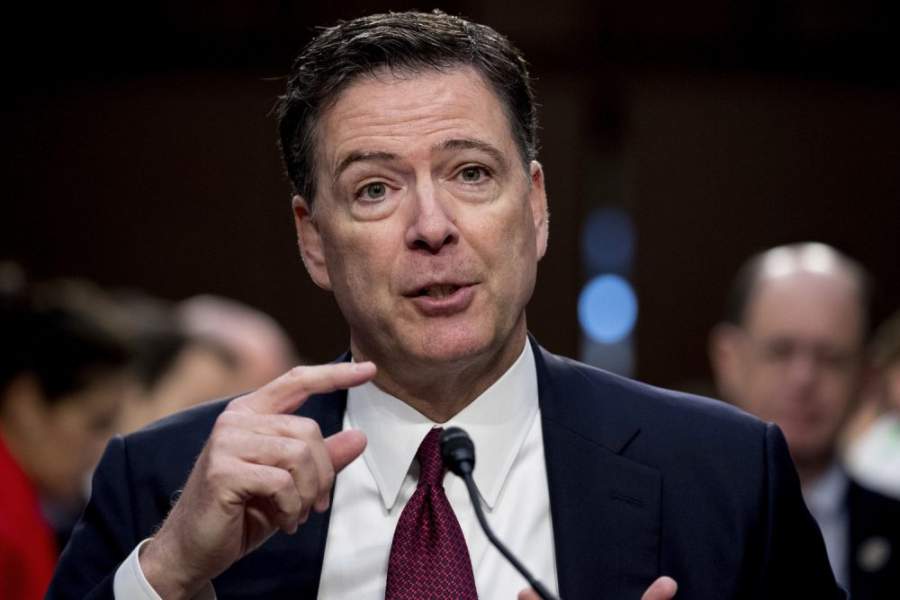 What Trump sees as the “deep state” is the outer edge of a vast bureaucratic clusterfuck – a clusterfuck that he has managed to awaken from its contented slumber by poking it repeatedly and purposelessly with a stick. By that I mean, Trump tried to change a few things, or threatened to change a few things. He is not playing by the rules. The FBI fucked Hillary Clinton up repeatedly during the campaign; they expected her to win and they wanted her to know that they could make her tap-dance any time they wanted her to. You could tell how furious Clinton was getting – she was going to retaliate some, so the CIA sat up and the NSA began to drool at the potential for expansion of its powers. Of course there is some anger that Russia interfered – it interrupted Comey’s grandstanding and revealed the whole charade to be … a charade. If you don’t think James Comey had a bigger effect on the 2016 elections than the Russians, they’ve fooled you.

I was telling you back then that the issue was not Clinton’s emails (every politician is stupid about email) – the issue was whether Clinton had enough weaknesses that they could jerk her around or ruin her at any time. That was the other mis-interpretation the conspiracy theorists make: the intelligence community and FBI are not acting together – they don’t agree, they’re just as divided, stupid, and fucked up as the rest of the country. The only difference is, they’re powerful.

CIA psychotic killers: go read any book about The Phoenix Program. You will experience shock and unrelenting horror. And you’ll understand why I don’t say that I wish Donald Trump had gone to Vietnam – because that disgusting coward would have probably had a grand time with the Phoenix guys.

In case you think I’m kidding about the SR-71 thing, no, that’s pretty much exactly what happened. Congress ordered the tooling for the airplane scrapped, knowing that it would be possible for there to be an SR-71 Mark II with upgrades, the Air Force got them to destroy everything necessary to construct new SR-71 airframes. That this was an unspeakable strategic blunder is an understatement; it has probably cost many soldiers’ lives though now the SR-71’s capability has been replaced with drones (because there were no SR-71s!)

The whole Gina Haspel / Mike Pompeo thing – it’s about outsiders (Pompeo) versus insiders (Haspel) and you can expect that if Haspel’s nomination has a lot of problems, there will be a few congresspeople who are outed for corruption or sexual pecadilloes, basically the same routine that happened to Petraeus. What’s nice is the idiot savant way Trump has managed to piss the FBI and CIA off; he may actually make those agencies work together effectively for a change. But it won’t be the rank and file, it’ll be the top brass, the politically-connected ones – the rank and file are stupid pawns. The real fight is the fight between Congress and the FBI, over who gets to jerk The President around. The Pentagon, meanwhile, is masturbating in the corner as it contemplates continuing to do whatever the fuck it wants, as it always does.