I thought I’d make a bunch of soap busts to mail out along with the chocolate donuts and cookie-soaps that I just made. But, I managed to get a problem known as “soap seize.”

It’s not entirely certain what causes soap to seize but when it does, you know it: it goes from smooth and creamy to globby unmanageable stuff very quickly. One thing that’s useful to have standing by are some silicone baking trays you can just shove the stuff into with a spatula. 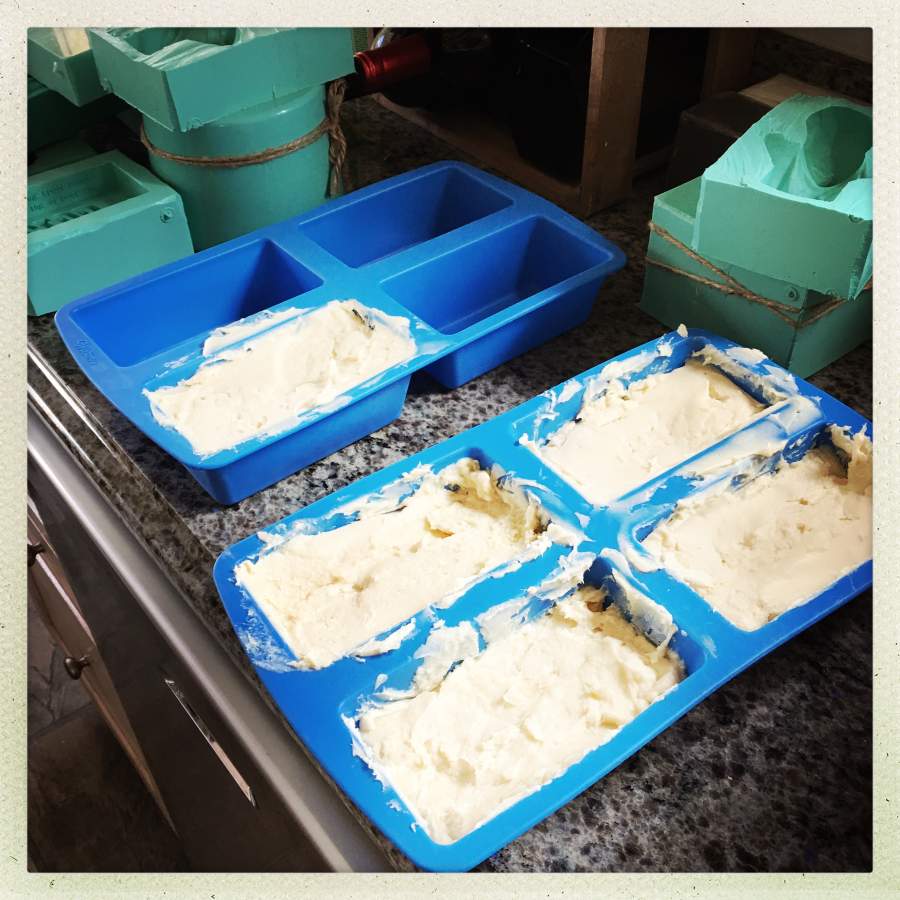 The thing that is weird about soap-seize is that it’s not entirely the oils. If you’re using something like beeswax and palm oil, you need to warm it to melt it, so it’s going to be hot – and it appears that means your lye solution should be about the same temperature or else. But that’s not always what does (or doesn’t do) it. There are also certain scent oils that will make it seize fast and reliably: cloves, cinnamon. Black pepper does not. Vanilla does. If you’re going to use anything that is a “spice oil” google around to see if it causes soap-seize often.

Having some bread molds handy is good – it’s still fine soap, I’ll just have to slice it like bread instead of having it cast into cool busts of Marx and Lenin. (That is lemon balm, lemongrass, lemon verbena-scented soap) It’s frustrating.

One thing not to do: do not conclude that the problem is simply a matter that the lye was cooler and it made the oils congeal, so you put it in your microwave….
… then you get a “microwave soap volcano” as the air in the soap expands rapidly, and the soap along with it. One soap-maker I know has a simple get-well strategy for soap seize: toss it in a big pot and add some water, then heat it up and now you’re making liquid soap. Have fun!

This batch was seizing before I added the scent, so I know it’s not the scent. Besides I have never had trouble with those scents before. I think I used too many solid oils and should have relied on at least half of the oils being something very liquid, like almond oil. Look at all of the awesome molds I had sitting there, unused, because: damn it!

Soap loaf! Lemon scented! Anyone want a slice? (Those of you whose addresses I already have, are already doomed to get some of this unless you tell me not to.)

Next week I am going to LA to keynote the ISSA World Conference on the 4th. Before that I am going to a day-long meeting in Herndon, VA. So I may be a bit quiet. We shall see.

“Seize” is one of those “I before E except after C” rules-breakers.