Back in 2009 I did some strategy consulting for a company that was building a cop-cam system; they wanted to know if having the data in “the cloud” would be acceptable, and what protections would need to be in place for the customers to trust it. My job was to look for perverse incentives in the design, and to suggest ways to make the storage option more palatable.

I just reviewed the executive summary of my report and I realize now how optimistic and naive I was at the time. The report is all about making sure that the system is trustworthy enough to be seen as evidence, and that the cloud data be recoverable and tamper-proof. At that time, being the person I was at that time, I didn’t realize that the police wanted a system they could tamper with. I’m pretty sure that when they got to the part about publishing sequential hashes of the data (oh, look, blockchain!) the cops little toesies were curling in terror – and here I was thinking “this is great because nobody can challenge the data!” After all, cops would want to have all that cop-cam data so they could exonerate themselves against false accusations.

Yeah. I was naive.

If a Texas cop outfitted with a body camera shoots someone, they get to review not only their own footage but that of every other body cam-wearing officer at the scene before answering questions about it. 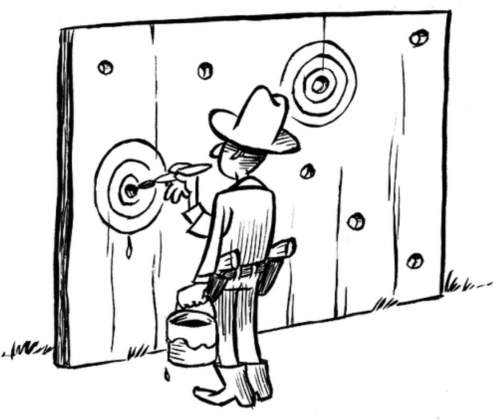 It’s easy: “I watch the cop cam video, then adjust my testimony to match what I see.”

That is not in the specifications of a rationally-designed system. In other words, such a system would have to be deliberately designed to work incorrectly. In fact, the system we designed had a process whereby disposable keys were created that would allow a cop’s supervisor to access and flag pieces of video, but the cop would not, and everything was tracked and recorded – the system would be able to tell you what parts of a given archive were accessed, and when. It could build a cool heat-map of a time-grid of video, showing what part was interesting and to whom. It sounds like those features got turned off in the production version, or perhaps the cops bought a cop-cam system that didn’t have any advanced integrity or audit functionality; they probably paid extra for a version without that stuff.

[…] clarify the sweeping body cam law the Texas Legislature passed in 2015, which entitles officers “to access any recording of an incident involving the officer before the officer is required to make a statement about the incident.”

You gotta hand it to those Texas cops. They figured out a way of preventing cop-cam evidence from contradicting their testimony.

“I think body cam programs are something we desperately need for police accountability,” [Paxton] told the Observer. “But with the way the Legislature wrote the statute, the only ones who really have unrestricted access to the footage are police officers themselves.”

I’m sure the legislature simply made a minor error. It’ll be corrected. Right?

Note, there is no “footage” – it’s all digital media. It ought to be safe-stored, checksummed, and tamper-resistant. What are we going to find out next, that the cops have the ability to delete chunks of the media? (Hint: the delete button is a lie) Back when I was consulting on the cop-cam project, one of the cop department heads we talked to said, “well, they can always drop the camera and back their car up over it.” The cops were already thinking “where is the delete button on this thing?”

The New York Times has an article about “testilying” by cops. [nyt] That’s a cute word for perjury.

When Ms. Thomas’s lawyer sought to play the video in court, prosecutors in the Bronx dropped the case. Then the court sealed the case file, hiding from view a problem so old and persistent that the criminal justice system sometimes responds with little more than a shrug: false testimony by the police.

“Behind closed doors, we call it testilying,” a New York City police officer, Pedro Serrano, said in a recent interview, echoing a word that officers coined at least 25 years ago. “You take the truth and stretch it out a little bit.”

An investigation by The New York Times has found that on more than 25 occasions since January 2015, judges or prosecutors determined that a key aspect of a New York City police officer’s testimony was probably untrue. The Times identified these cases – many of which are sealed – through interviews with lawyers, police officers and current and former judges.

The cops do it because none of them ever suffer any negative consequences for doing it. Another reason they do it is because it doesn’t affect the rich or powerful: those are the people who can afford to lawyer up and defend themselves. A poor person is going to just have to take a plea bargain.

It’s corruption all the way down. Look at Serrano’s comment: he knows that his buddies are committing perjury. If he’s not doing it himself, he’s allowing them to do it – suddenly everyone is in on it.

Clearly, cops are never going to, ahem, police themselves. The citizens cannot trust them to behave, and cannot trust them not to try to bypass any controls that are placed on them. The only way to bring any of this under control is for people to always have a camera on any cop they spot in the wild.