What do you call it when someone wants more money, even proportionally tiny amounts, yet is willing to go to great lengths to get them? I’m surprised psychologists haven’t come up with a term for it, though I suppose it could be a manifestation of Obsessive-Compulsive Disorder.

From Meet You In Hell [myh]

Though it might have been correct to say that [Frick] or Carnegie made no direct lobbying efforts, the steel industry as a whole was united in its efforts to uphold the tariffs that were being debated by presidential candidates Cleveland and Harrison. The issue was such a lightning rod in its day that a fair number of ordinary laborers were ready to forsake their natural Democratic leanings and vote for Republican candidate Harrison, a staunch supporter of the tariffs.

And despite such artful public dodging, the truth was that the amendments to the wage scale sought by Frick would have saved the company no more than two cents per ton on a product that sold for between thirty and thirty-five dollars per ton at the time. As Frick had pointed out in his own article, the changes would affect only the skilled craftsmen at the Homestead mill, less than one-quarter of the workforce. While the men paid at tonnage rate might earn somewhere between ten and fifteen dollars per day, the average rate for a laborer was in the neighborhood of $2.00 to $2.25.

Carnegie Steel, moreover, had become the nation’s leading producer of steel, its output soaring from 250,000 tons in 1880 to more than 1 million tons in 1890. As profits for that year totalled nearly $5 million, and a two-cents-per-ton write-off would have dented the bottom line by all of $20,000, it seems inexplicable that Frick and Carnegie would not have surrendered the point in a trice.

However, between 1889 and 1892, the period governed by the contract, steel prices had decline nearly 19 percent, despite record profits. In any case both Carnegie and Frick viewed concessions to labor not as justifiable compromise but as the setting of dangerous precedents sure to be seized on in other negotiations down the road. Carnegie’s view of labor costs was summarized in a letter he had written to Abbot in 1888 before the strike of that year: “I notice that we are paying 14 cents and hour for labor, which is above Edgar Thompson price. The force might perhaps be reduced in number 10 percent so that each man getting more wages would be required to do more work.”

In Carnegie’s mind, nothing had changed in the intervening years. If costs could be cut, then cut they must be, and never mind if the category read “minerals” or “vegetables” or “men.”

It is an interesting question, isn’t it, that an executive who was already fabulously wealthy, who ran a fabulously successful business, would stoop to argue over $20,000 dollars off the bottom line.

To be fair, the same question can be flipped around: $20,000 divided up among the workers wouldn’t have had much impact on them, either. But, since the business was bringing in $5 million profit Carnegie could have easily afforded to reduce that to, say, $2 million and offered benefits to the company’s workers that would surely have changed their lives dramatically for the better.

What is odd, to me, is that Carnegie and Frick were both penniless immigrants who came to America lacking education and opportunity – they were the same kind of people as the laborers that they were negotiating so hard with. In my mind, it would be like negotiating hard with a family-member, leaving them living on the edge of a financial precipice while I lived in a mansion. And, when Carnegie and Frick died they both were re-invented as “philanthropists” because they gave beautiful things to the country that nurtured them – excuse me – they gave beautiful things to the middle class and wealthy. The laborers? They put the screws to them for pennies.

What is the name of that disorder? 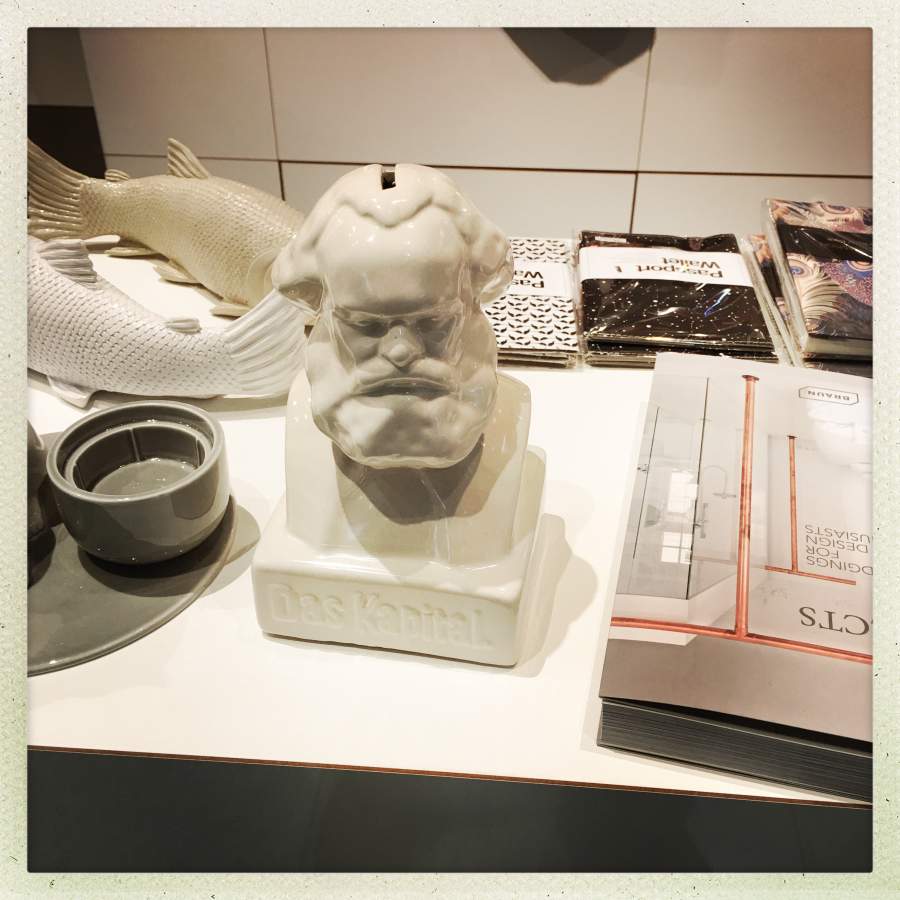 A thing I saw in Munich airport

At various times I have tried to slog my way through Marx’ Capital, mostly because I’ve tried to understand his dialectical method (and I feel like my fingers keep slipping off it…); between Marx and David Landes’ Unbound Prometheus and Meet You In Hell I have formed a view that there was a very important discussion going on beneath the early American industrial revolution. Marx’ focus on how we value commodities is an attempt to understand the cost-justification of, well, people like Carnegie. The question Marxian economics tries to answer, in this context, is “how much additional value have the laborers created in turning those tons of ore into tons of steel?” This is a vital and necessary question, because the industrial capitalist insists (rightly!) that without their factory and their investment in starting their business, there would be no work for the laborer, at all. Therefore, the capitalist is rightly a gate-keeper between raw ore and the value of the steel, and deserves to take a certain amount of the value of the laborer’s efforts for himself. Marx is trying to explain how we can figure out what all this stuff is worth, so we can then argue about whether the profits are being divided up fairly. 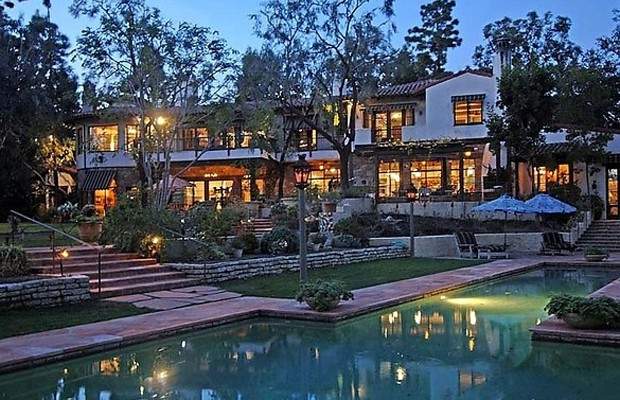 But because of the differential power-structure that already exists, “fair” is not ever on the menu. As we’ve seen, the industrialist can close the factory and starve out labor, if the industrialist was smart enough to set aside enough money to wait out the laborers. “Fair” only seems to happen when the capitalist is standing with a rope around their neck and the other end over the branch of a tree, and they suddenly realize they really love the workers that lifted them to such heights.

It seems to me that part of the reason capitalists were so upset by Marx is that he tried to lay out a way of discussing the balance of contributions in the system. And, it was clearly an unbalanced system – Carnegie and Frick were the Jeff Bezos and Bill Gates of their day. But, interestingly, Bezos and Gates were both smart enough to bring along with them a solid cadre that they made very rich, indeed. A cadre that can, like Carnegie and Frick did, sneer at the workers in the factories who are barely making ends meet while they work their asses off for the top of the power structure.

I try to think about these things and I try to see where people have sought to understand how that balance is built. But I keep coming back to the idea that there’s just something wrong with people like Carnegie, Frick, Bezos, Gates, Buffet, Ellison, etc. – they are comfortable taking pennies out of the pockets of the people who elevated them to great heights. What is the name of that disorder?

Epicurus would say, apparently, that the hyper-acquisitive are confused, that they have made a strategic mistake. Would a psychologist be able to look at Carnegie and Frick, who came to the US penniless, and say that they were suffering from a form of Post-Traumatic Stress Disorder that made them unable to rest until they had done everything they could to get all the money (safety from want) they could? This is a serious question. Why doesn’t psychology say that people like Carnegie and Frick are disordered?