I came home and, as I got close to my house, this fellow was standing by the porch. 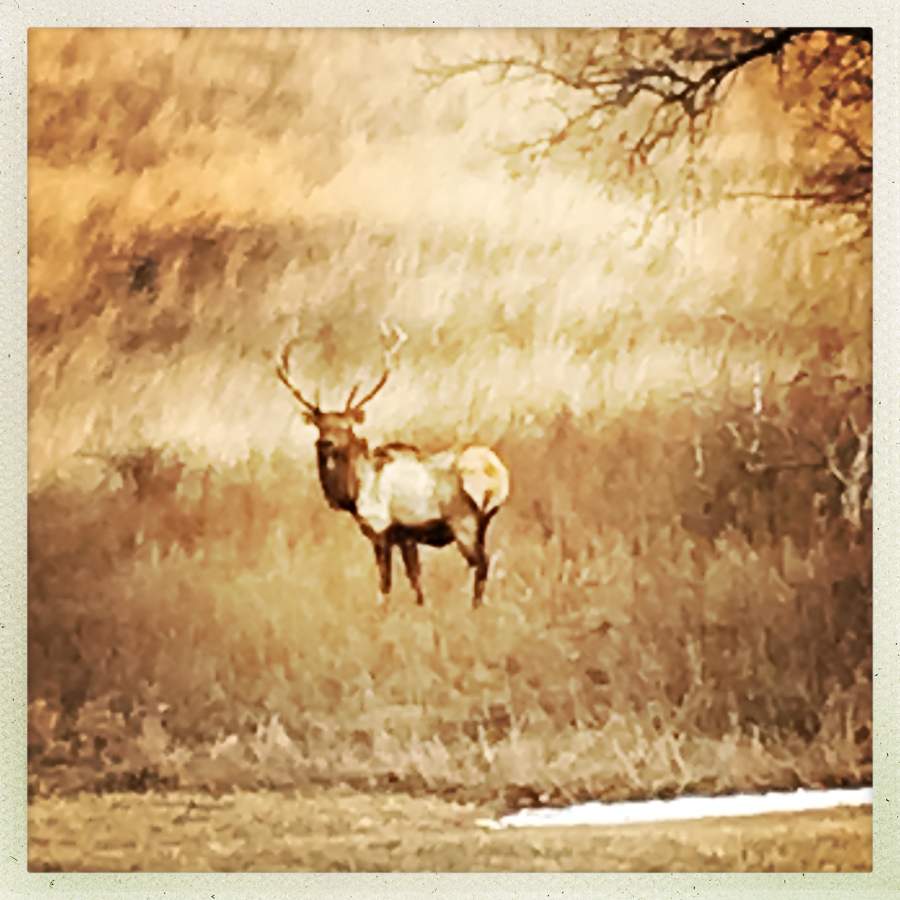 Apparently the elk are beginning to explore up this way.

Back in the 1980s someone imported a few elk, to let them grow so that eventually they would have a large enough population that they could shoot a few of them.

When I pulled up, he trotted off and stopped for a look back before vanishing into the woods. I’m sure he won’t go far. This means that I won’t just have annoying deer to worry about. In the fall I do not want male elk in my yard, commenting on eachother’s youtube videos and whanging their skulls together.

[I would have shot a much better picture with my DSLR execept after the bobcat incident I have learned “shoot pictures first then go get the camera.” As soon as I started toward the house, he decided to leave, and this was as good as my iPhone could do at 100yd. By the way, anyone who says iPhone cameras are great clearly does not understand what a “camera” is.]

Sunday Sermon: There Must Be a Name for This Disease » « This Would be Pretty Cool