Just lean over there and hit the “rewind” button for a second; take us back to… July 2016.

Thanks. Right. So, right about then the issue of the day was Hillary Clinton’s e-mails. There were two questions, really:

Remember that? I do. I even wrote about it [stderr] in my capacity as a former UNIX systems administrator and occasional digital forensics analyst who has been deposed for actual court cases. My conclusion, at that time, was that Hillary Clinton was either stupid or lying and I know she’s not stupid. So…

Then there was the classified information question, and the deleted emails; possibly a cover-up. I’m inclined to go with cover-up, because (as I said then) one does not selectively delete a bunch of stuff and lose it, and one’s backups, and forget everything one talked about, fairly recently.

Now, that’s the baseline for summer 2016. Could you push the “fast-forward” button to sometime in the recent past? Let’s look at what’s been going on, since then:

The Trump team is so leaky that, in order to detect them leaking, Trump’s chief of staff starts complaining that they’re using chat-apps that encrypt messages and delete them after they’re read or they expire. One is “exposing classified information” and the other is “violating federal records-keeping directives.” 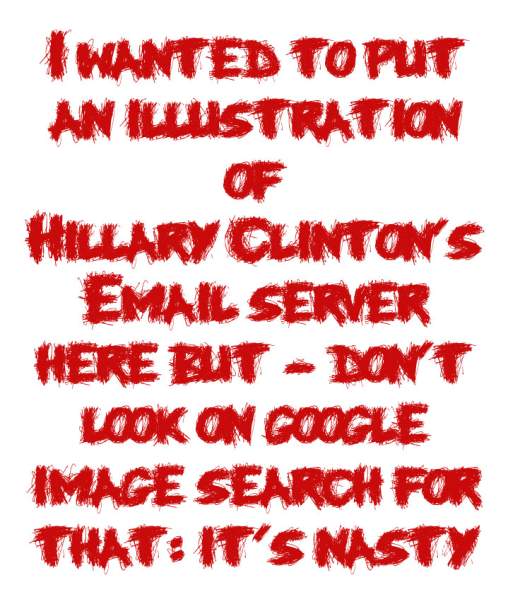 Of course, we’re all cynical as can be here, and we all know that none of the kerfuffle back in July 2016 was anything more than an extension of Benghazi! politics-by-investigation, which Hillary Clinton left herself open to through her staffers being a bit incompetent and her being a bit sneaky. We probably should have forgiven her for being sneaky; she’s a Clinton and it appears to be a family tradition – you know, like being corrupt, greedy, and mendacious is a Trump family tradition.

But since Clinton and Trump both work to skirt federal records-keeping regulations, and everyone in Washington appears to be leaking top secret information, what’s the big deal? Why not let’s just decide it’s OK not to keep records, and to leak like mad? Oh, that wouldn’t work because then we couldn’t hate Chelsea Manning, Edward Snowden, Daniel Ellsberg, and so many others.

Put the button over to “now”, would you? Thanks.

Now, it looks like none of it matters at all. That’s the downside of the post-truth world. The other downside is, when you move into a post-truth world, your only guide-line for navigation is opinion (i.e.: authority). So it’s bad when Hillary Clinton deletes emails, but it’s OK with the NSA – oops: [thehill]

The National Security Agency (NSA) deleted data related to surveillance operations despite promises to preserve the data, according to a new report.

The data was connected to a case alleging the NSA surveilled American digital and telecommunications as part of a warrantless wiretapping program ordered by former President George W. Bush.

Politico reported that the NSA was under court orders to preserve data related to the case.

Are there any other former or current system administrators here? Because: wave your hands in the air if you smell something fishy.

I’ve been deposed in a couple of lawsuits, and have been a source of digital evidence. Let me tell you how that works: you get a court order to preserve the data, so you tell your system administrator to back up the data then pull the original hard drives and put them in zip-loc bags with stay-dry packs and turn them over to your legal counsel to put in their safe. Then, you put new drives in, restore the data from backup, and resume operation. Because, as I wrote in my piece about Hillary Clinton’s emails: if you’ve got any competent IT at all, it’s backed up. The corollary to that is: if it gets deleted, and the backup gets deleted too, it’s not an accident.

Is the indicator still on “Now”? Because in the post-truth world, the fact that the NSA just deleted evidence of a crime, in defiance of a court order, appears to be being accepted as a whoopsie.

“The NSA sincerely regrets its failure to prevent the deletion of this data,” the NSA’s deputy director of capabilities, identified as “Elizabeth B.,” said in an October court filing obtained by Politico. “NSA senior management is fully aware of this failure, and the Agency is committed to taking swift action to respond to the loss of this data.”

I suspect the “swift action” NSA is taking in response is to make s’mores over the bonfire where they burned the backup tapes. Actually, burning tape smells awful; maybe they’ll just dance around it and laugh.

The spy agency also revealed to the court that backup tapes of the intercepted communications were also erased in 2009, 2011 and 2016, according to Politico. 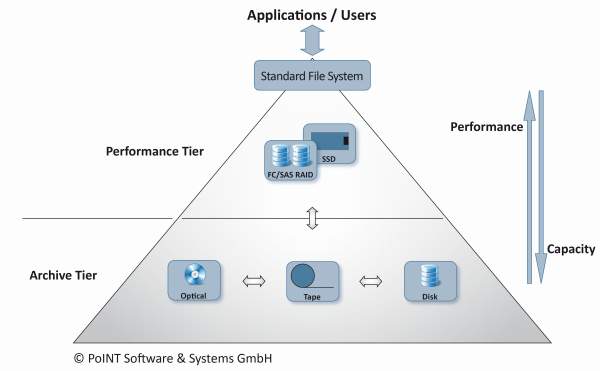 In fairness – the backups and the data may have been stored in a hierarchical storage system, and got expired out over the course of 17 years. That does happen. But it does not happen when you’re under a court order to preserve the data, and have given it to your lawyer. By the way, hierarchical storage systems are specifically designed to make it hard to lose data – what it probably took is someone calling a systems admin over and saying “purge ${data} and ${backups}” and when the shocked systems admin said “put that in writing?” they gave them the orders on a piece of paper written in disappearing ink. Because after Snowden it’s hard to get good systems administrators any more.

I bet the CIA, which had to do some back-flips to pretend that not only had it never seen but never made and certainly destroyed all the tapes it made of people being tortured. And none of that ever wound up in a digital format where it would have been backed up; remember – not only do they want you to believe they don’t know who tortured whom and when, but they were still using mag-tape camcorders.

The obvious end-game is, if you work in government, to commit your crimes in such a way that they clean up after themselves. [thehill]

Trump administration staffers are reportedly communicating by using an encrypted messaging app that erases messages shortly after they have been received.

The Washington Post reported on Tuesday that officials were using the app, called Confide, to avoid being caught talking to the media, as President Trump moves to crack down on leaks.

The Post report followed a report from Axios last week that reported Confide had become a favorite app for Republican staffers.

I can’t keep up anymore. So, after all that concern about Hillary Clinton not keeping good records of her emails – even the FBI went around investigating servers and laptops, there’s no concern at all that Trump uses a personal cell phone specifically so there are no call-records of who he talks to. And there’s only concern that staffers are violating federal record-keeping guidelines because they might be leaking to the press. Then there’s the fact that anyone who has watched any House of Cards knows they need to have a “work” phone and a “personal” phone. That, by the way, is exactly what Hillary Clinton was doing, which got her in trouble over records-keeping and she was only the secretary of state. Meanwhile a great big smoking dump of a book comes out that is a litany of who was leaking to whom about what.

Got it? I don’t know what Hillary Clinton was even supposed to have done that was behind all the Benghazi! investigation, but I’m pretty sure Donald Trump could do that thing (whatever it is) and the American People would all go, “whatever” and the FBI would open a new investigation into Hillary Clinton’s actions – and hill democrats would all be waiting for that same FBI to rid them of Donald Trump.

It’s recursively stupid. Hit “Fast Forward” and let it run for a while.

The other part I do not get in all this is the supine response to the FBI’s rather obvious interference in the election. Who do you think had a bigger impact on the election, the Russian intelligence service, or James Comey announcing “we probably won’t be charging Hillary Clinton with any crimes regarding her email – yet.” There was no way that the timing of that was not deliberate – the announcement was completely unnecessary. But, now (push the “Now” button) the FBI is the great white hope that is investigating Trump? The following things are obvious to anyone who thinks for a few seconds:

Since I mentioned Benghazi! remember: that was the CIA‘s screw-up. Not Hillary Clinton’s. The CIA has achieved the highest possible level of bureaucratic skills: they can attribute their screw-ups to others, with no saving throw.

A blame-mancer, by the way, that would be pretty cool:
DM: “You look over the pit, there is a huge dragon there. It is gnawing on a dead villager.”
Sverri The Blameless (level 20 blame-mancer): “Ok, blame the villager’s death on his own incompetence.”
DM: “Roll.”
Sverri The Blameless: “00”
DM: “Oh, wow. The villager’s death is not only his own fault, but he just got the blame for the entire dragon-rampage.”

I Wish Sazz Could See This » « Argument Clinic: White Supremacists