Where are my boxcutter blades? Get me some cardboard!

What if you took a bunch of cardboard and glue, and then built stuff, and destroyed it? That’s probably enough, right there. But add some creativity and perhaps a bit of ethanol or weed, and you get BoxWars. 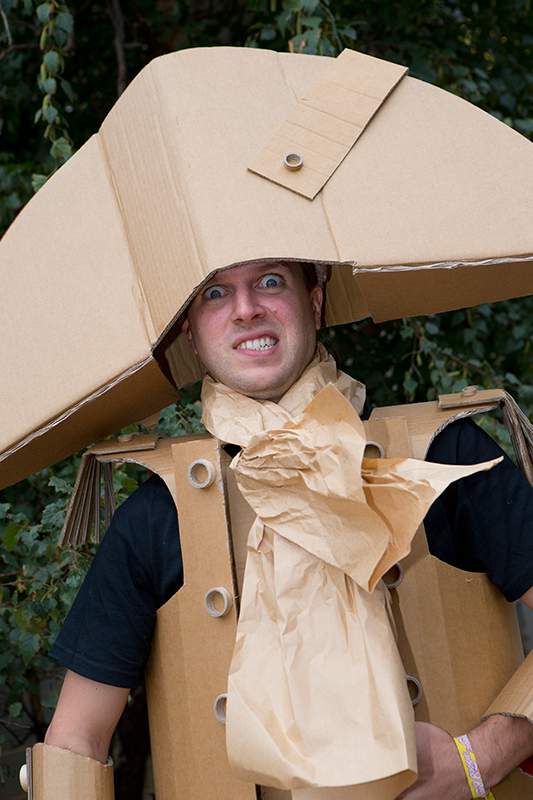 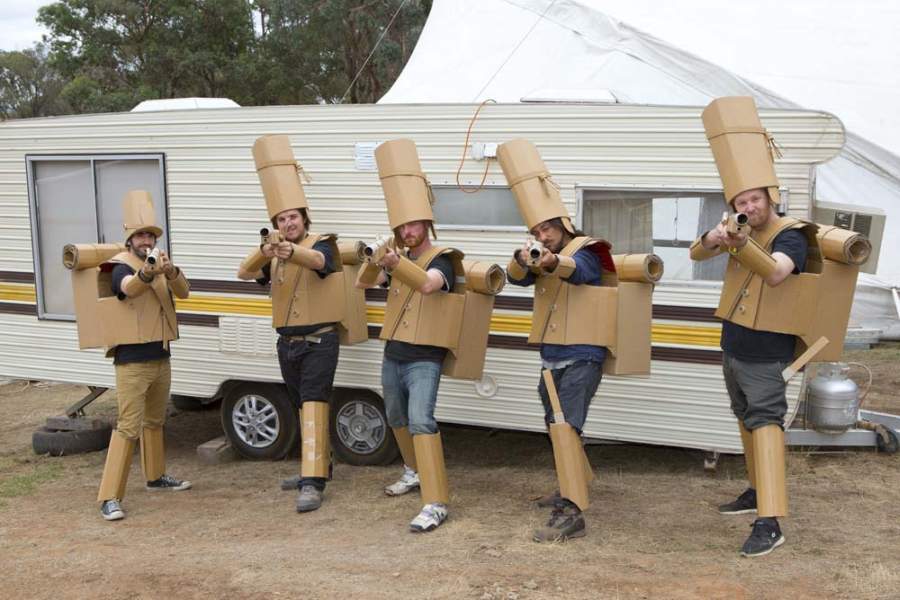 Someone has had a whiff of grapeshot kool-ade 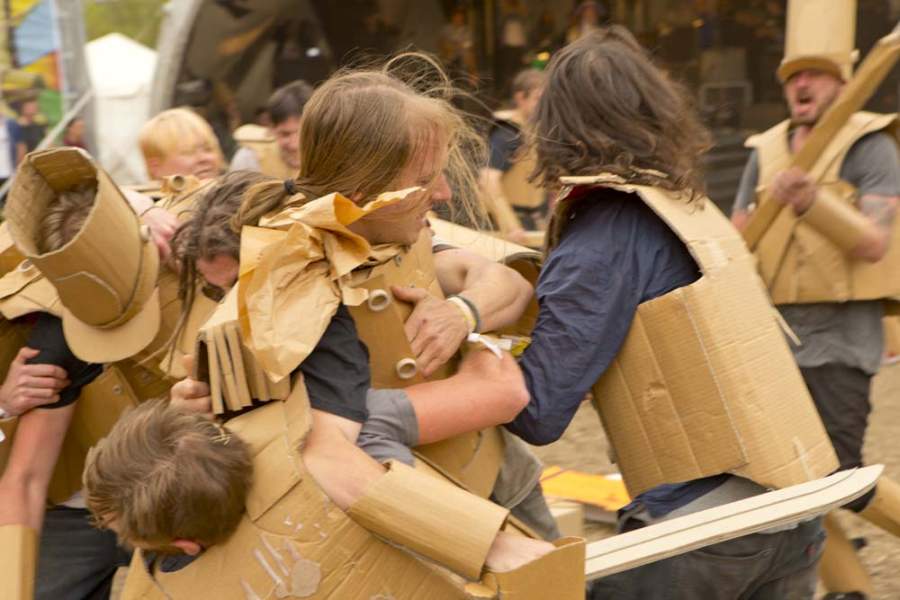 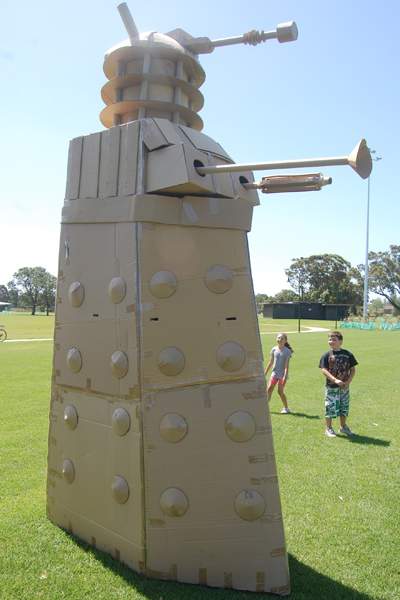 The different performances are oriented around themes. So there was a Mad Max BoxWar, too. 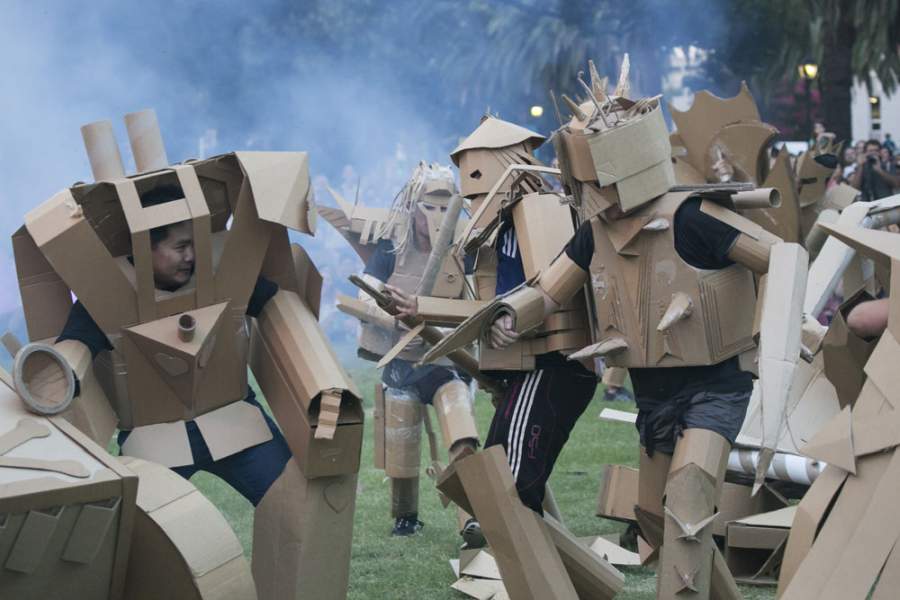 Is that Optimus Prime? 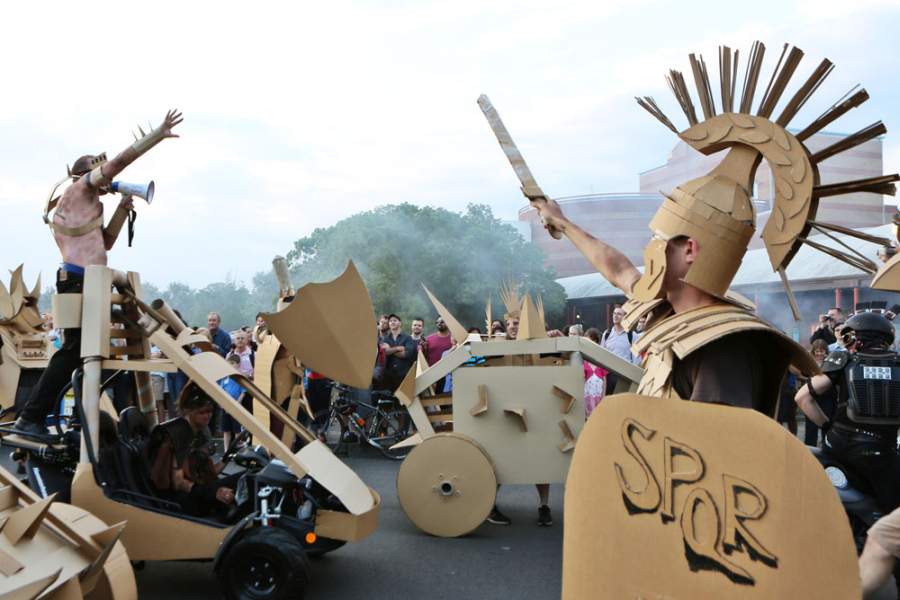 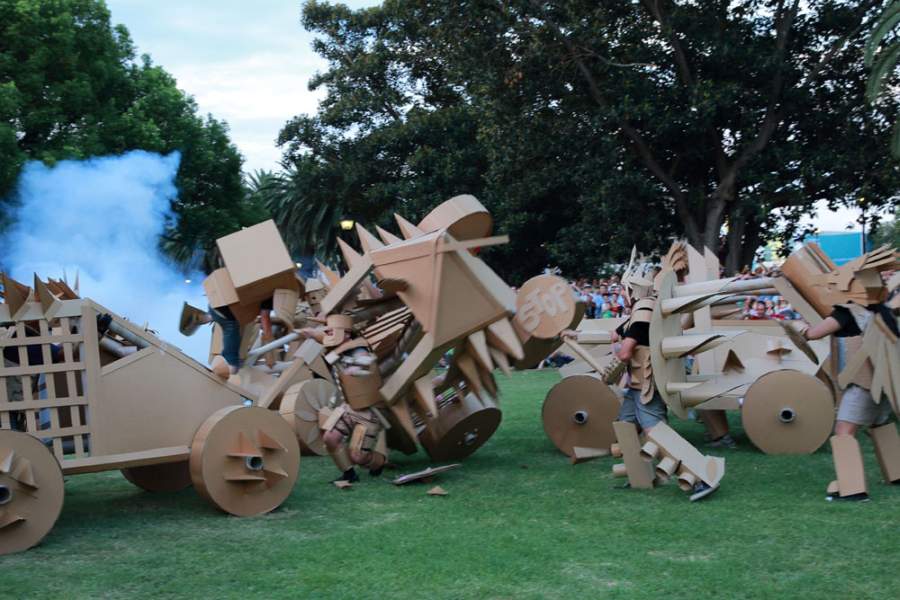 This is how religion should be done! Find something you care about, ritualize it, then smash and burn stuff in a way that you don’t get hurt.

There are loads and loads of pictures and videos from various BoxWars events on their site: [boxwar] 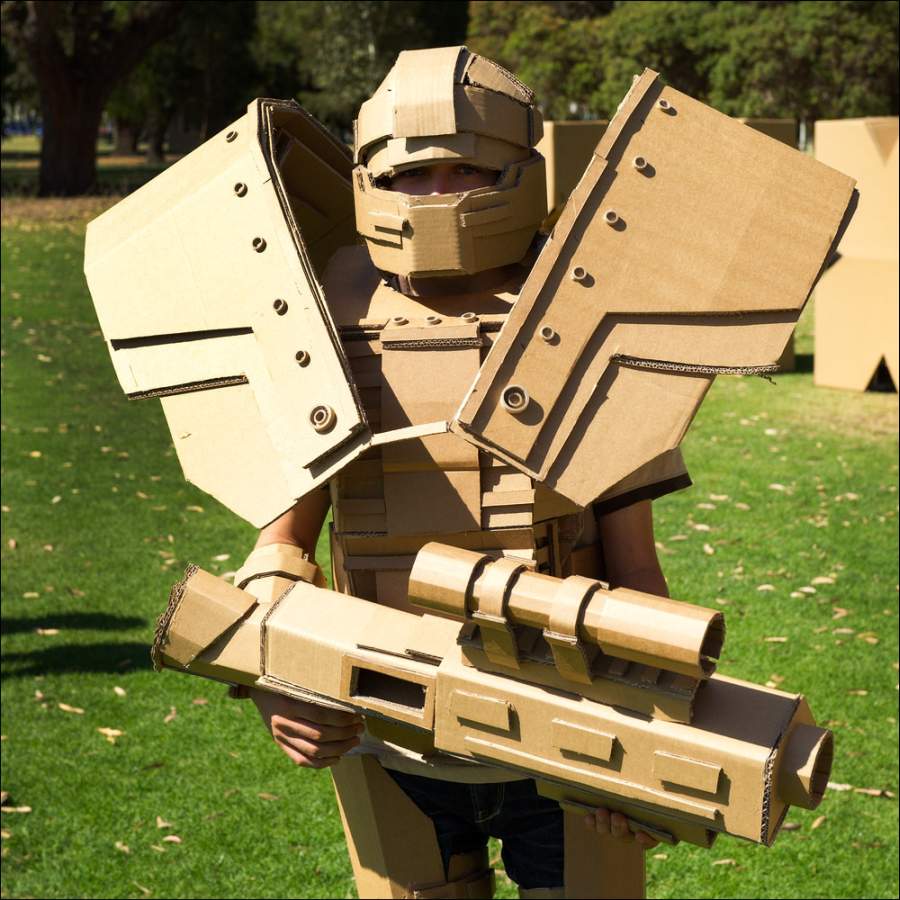 Awwww, such a cute kid!

Somehow I suspect that Adam Savage is involved in this. With pepakura and low-res poly objects, it ought to be possible to make some really amazing outfits.