My subconscious is a horrible nag and pretty much never shuts down unless I’m on opiates. Last night, I was dealing with some “issues” from an afternoon of mess (more on that later, once the problem is resolved) and my subconscious was clearly thinking about metallurgy – specifically creative ideas for layering blade steels.

Out here in North Central PA, it’s windy, cold, and pretty nasty. The skies are the grey of Hitachi White Paper #2 steel, and the snow blows in little swirls. 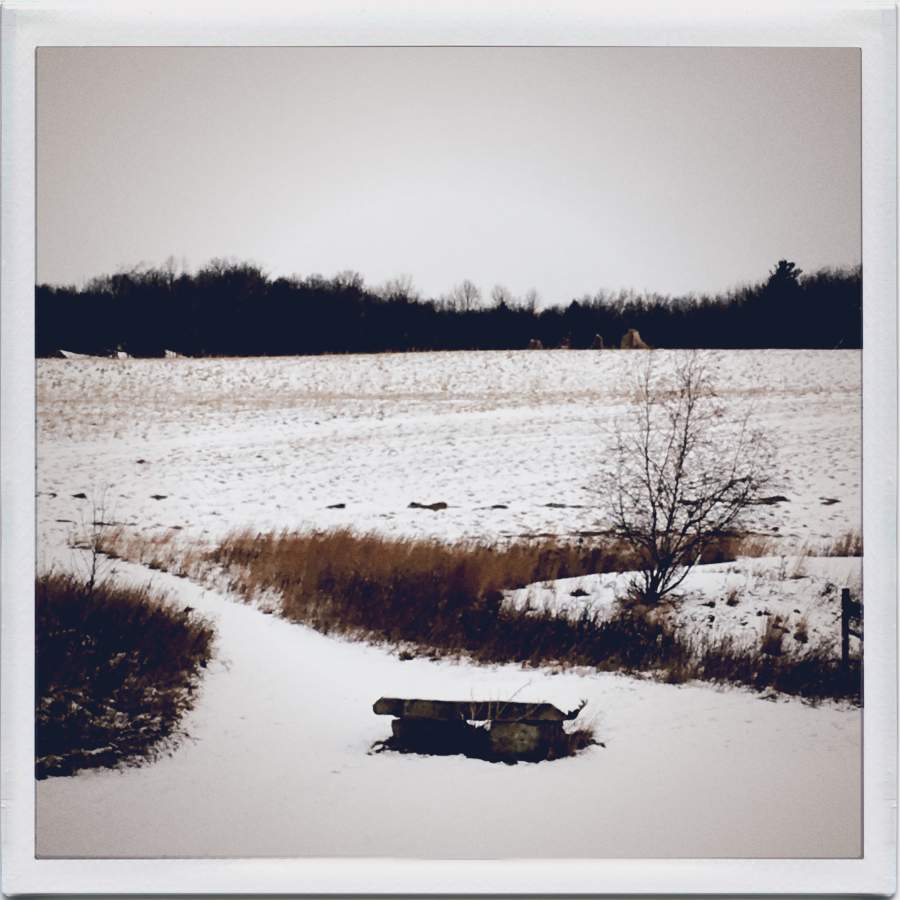 In my dream, I was out in the field by the standing stones, building a guillotine. The frame was mostly done, carbonized oak, glued and pegged with walnut dowels; I’m sure it was a lot of work to make it and it looked like my handiwork – I make most things without condescending to measure any part except against another, so I can recognize my work easily.

The blade was the problem. I had strips of steel laid out that I was going to forge, and the strips were cut from the frame of a cop car. My subconscious knew that, and it felt righteous. The problem I was mulling over was whether I could get away with taking a thermic lance down to Philadelphia and maybe chopping a chunk out of the Liberty Bell to use the bronze for flux to weld the blade. I know the blade doesn’t need to be sharp, it’s the angle and momentum that do all the work – I just wanted it to be … special.

It was not an unhappy dream, but in my dream I was cold and the wind was howling.

I don’t want to incite anyone, but if you’re ever looking for a great way of destroying a bronze statue – say, a confederate memorial – a thermic lance is a really useful thing. You can make your own using a small oxygen tank and regulator from a mini oxy/acetylene kit, a piece of vinyl hose, and a 2′ length of steel brake-line. Just get the steel burning by stuffing it with steel wool, crack the O2 a tiny bit and light the steel wool; when it gets hot you can open the valve and you’ll have a torch that can slice through cinderblock like it’s gouda cheese. It will also scare nazis.

A “guillotine” is also a blacksmith’s device for chopping molten bars (like its namesake). A few weeks ago someone posted a question on one of the facebook knifemakers’ tools groups asking “anyone know how to make a guillotine?” I was almost done a page-long explanation of how you could make the blade-release mechanism before I realized that maybe they were asking about the other kind. I hit “post” anyway.