All creatures are perpetually in a state of war: each species is born to devour others.

There are not even sheep and doves that don’t swallow a prodigious quantity of imperceptible animals. The males of a species make war on one another over the females, like Menelaus and Paris. The sky, the soil, and the waters are all battlefields. 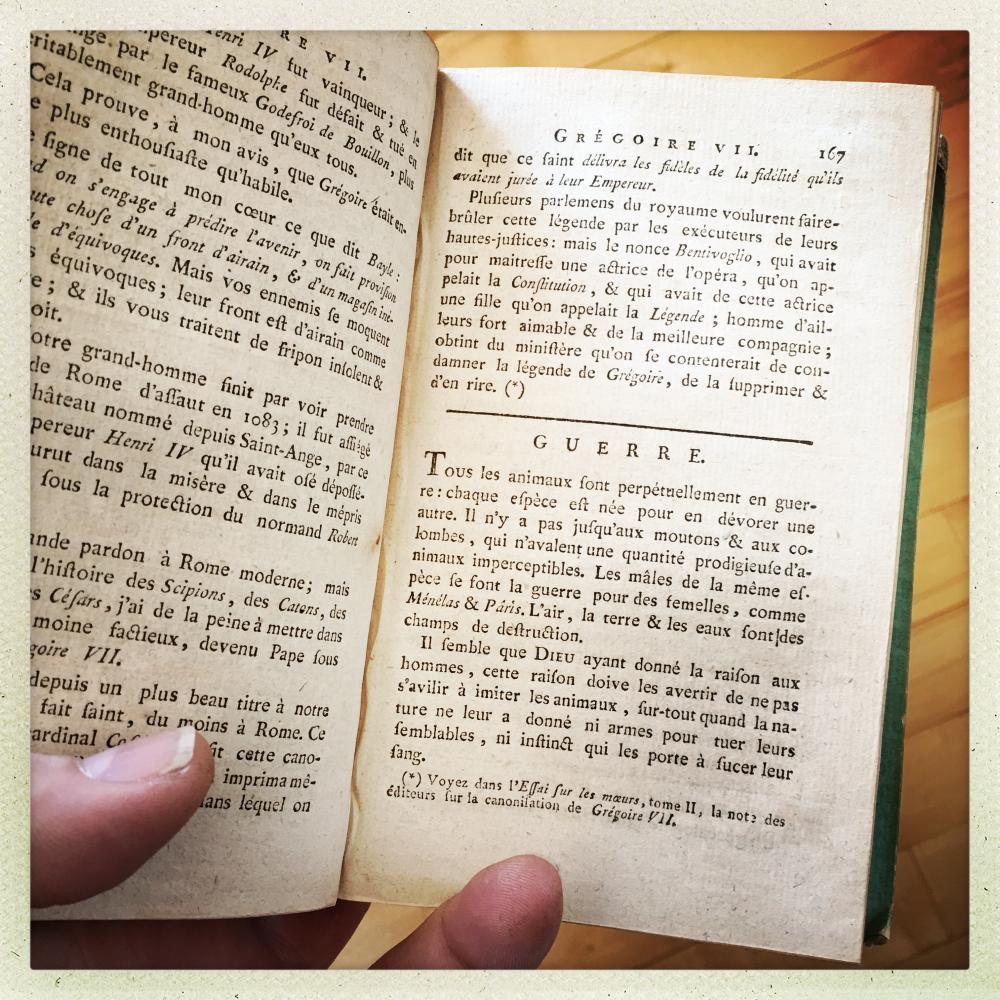 It seems that, since god gave man reason, reason ought to keep us from demeaning ourselves by imitating animals, especially since nature did not give us weapons to kill our fellow men, not instinct that drives us to drink their blood.

Voltaire mistakes the animals’ urge to kill for warfare; it is not. Warfare is a different thing, entirely – it is not a personal one-on-one combat as we see in nature – it’s an organized activity where, usually, people are encouraged to fight for politics, or religion. Almost always war is in the service of someone else; a dear leader or a belief system like nationalism. It’s when our rationality is hacked and used against us.