WASHINGTON, Jan. 2 – A Pentagon spokesman confirmed today for the first time reports of damage to the Bach Mai Hospital and Gia Lam Airport in Hanoi during heavy air raids last month over North Vietnam but he denied that the damage was either massive or intentional. 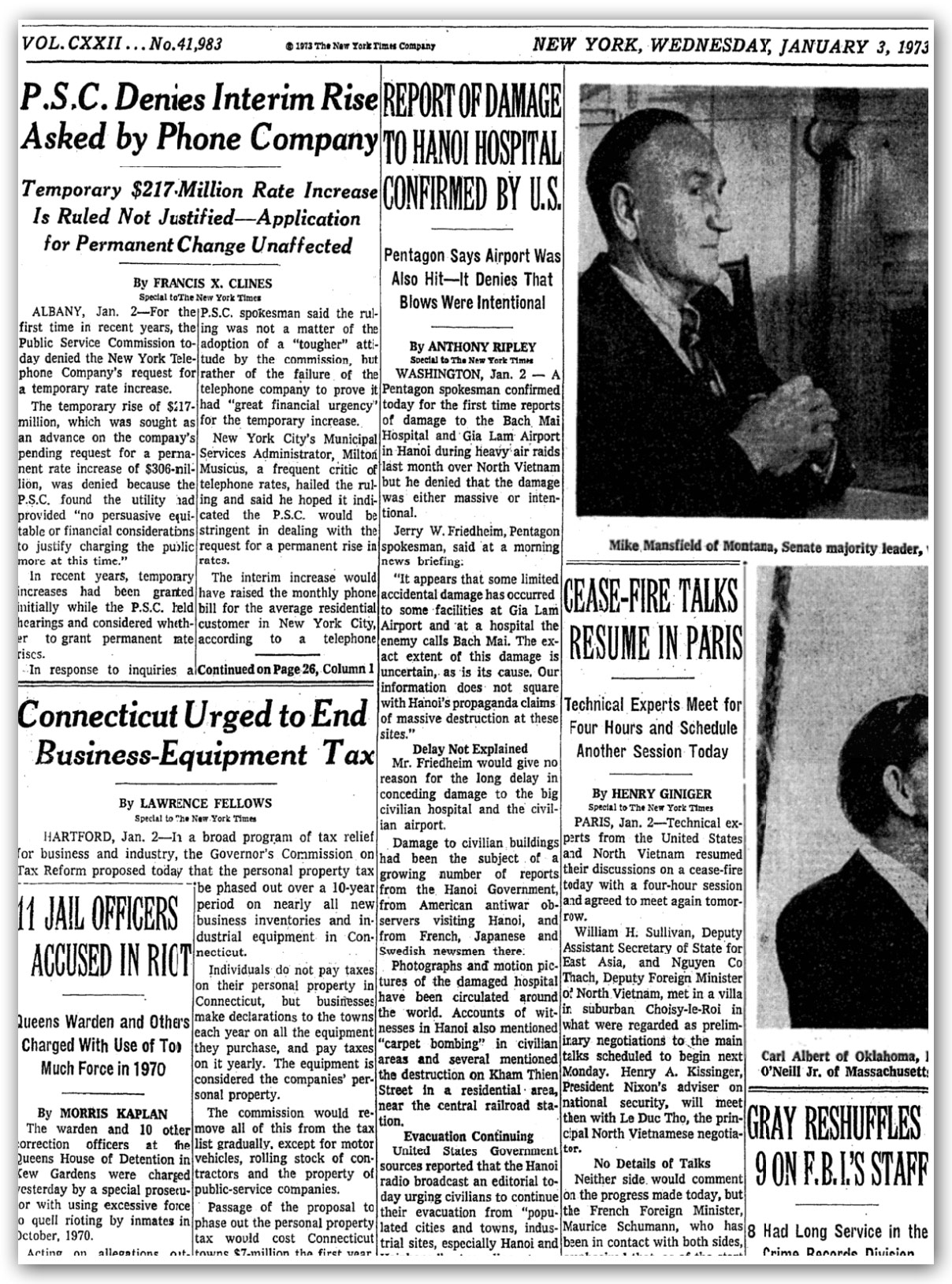 “It appears that some limited accidental damage has occurred to some facilities at Gia Lam Airport and at a hospital the enemy calls Bach Mai. The exact extent of this damage is uncertain, as is its cause. Our information does not square with Hanoi’s propaganda claims of massive destruction at these sites.” [nyt]

44 years ago today, US B-52s dropped loads of bombs on Hanoi – a city full of civilians. There were probably some military targets in the Hanoi area, but from the altitude where the B-52s flew, it was area bombardment – a war crime – America’s favorite war crime.

A string of bombs from one of the B-52s walked across Bach Mai Hospital and collapsed it. Note the New York Times’ reporting:

It appears that some limited accidental damage has occurred to some facilities at Gia Lam Airport and at a hospital the enemy calls Bach Mai. The exact extent of this damage is uncertain, as is its cause. Our information does not square with Hanoi’s propaganda claims of massive destruction at these sites. 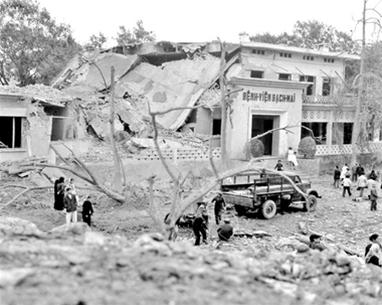 There were Americans in Hanoi at the time; peace activists including musician Joan Baez. One of them describes the bombing: [vvet]

The raids were worse at night. We would go into the bomb shelter with the workers and other people staying at the hotel. The B-52s were so loud, when they dropped bombs, you could feel the earth move and grind. The shelters, being underground, only intensified the feeling of the earth grinding. It’s hard to explain what it was like in the shelters. Everyone was on edge, just wanting the bombing to end so they could get out. And there were people from all different countries staying at the hotel so we couldn’t really talk with each other. Sometimes after we all went into the shelter and I knew Joan, Michael and Telford were safe, I would go back up and sit outside behind the hotel and watch the planes. First, F-111s would fly in very low to the ground, so low that they could be shot down with machine guns. They were followed by the B-52s. 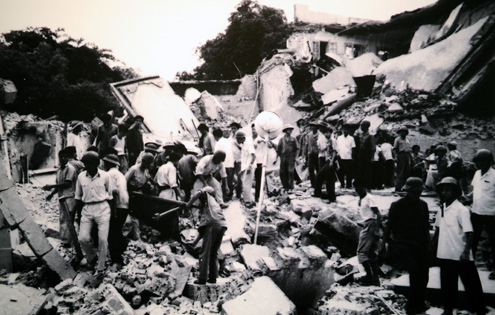 Digging out from under the rubble. Happy holidays!

The next day, we went to Bach Mai hospital. It was the largest hospital in French Indochina. It was on every map. And it ended up being bombed three times. The day we went it had just been bombed for the second time. The doctors and nurses were digging with their bare hands through the rubble trying to find their patients. They had personally all lost so much, but they focused on their patients, on saving their patients, on keeping them from suffering. 600 people died.

The first time the US bombed Bach Mai, they said there was no hospital there. The second time, they said that it was a first aid station. The third time the US said it was a hospital, but it was surrounded by MiG planes so they had to bomb it. I was there. We took photos. There were no MiGs. These were absolute lies.

Remember, this is not us. We’re not like that. Americans are people who just kinda drop strings of 1,000lb bombs on cities but don’t expect anyone to get hurt. 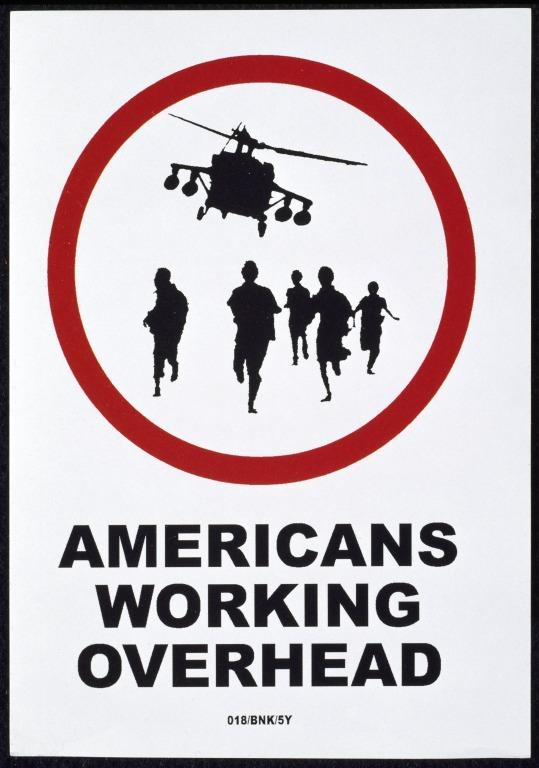 The American bombing campaigns, such as Linebacker I and Linebacker II (and Operation Rolling Thunder, which presidential hopeful and dying war criminal John McCain flew in) deliberately targeted civilian infrastructure by the simple method of saying that civilian bridges, railways, and airports lent material support to the communist insurgents. In other words, it’s the same trick the US uses today: that wedding we just blew to shreds with a hellfire? Future insurgents. Kill ’em all and let god sort ’em out. Merry fucking christmas.