… but mostly out of curiosity. Let’s play a game!

If you’re not familar with this bit of military humor, let’s have a chuckle together. These are quotes supposedly lifted from British military officer’s fitness reports (Form S206) as reported in Pusser [amazon] and quoted widely around the internet.

Here’s the game: do any of the above not apply to the President of the United States? 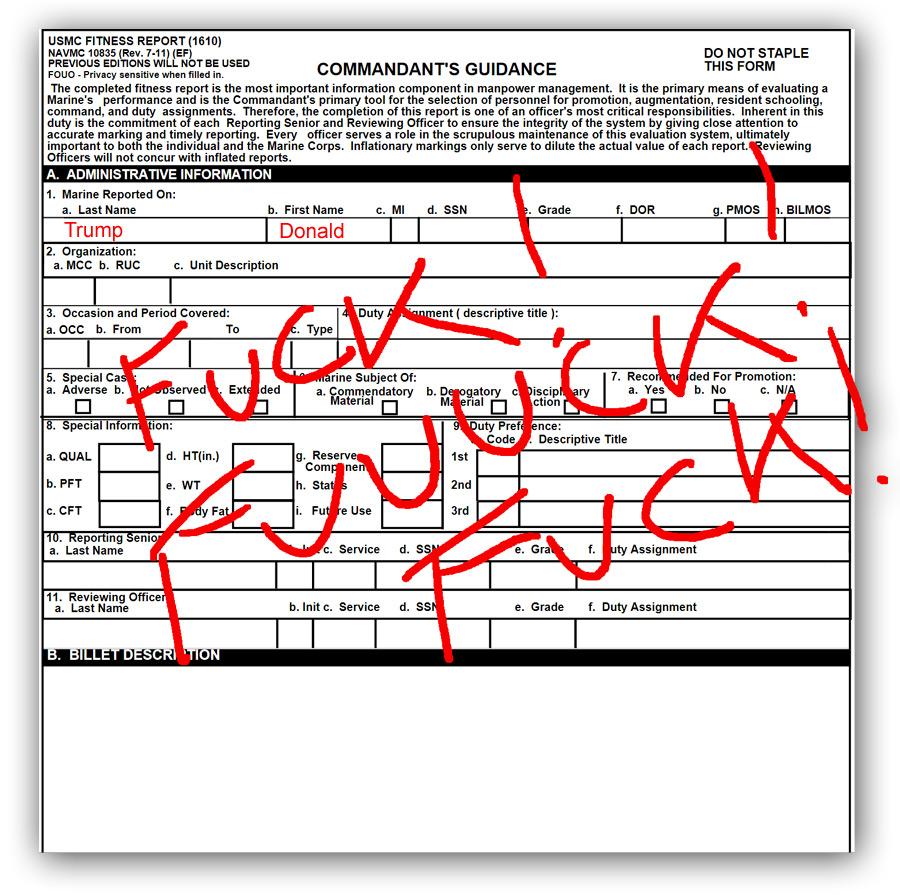 (Simulated fitness report for the commander in chief)

This post was a result of a brain-fart, reading Mano Singham’s [ms] blog posting which begins with the idea that “there are no depths to which Trump will not sink.” I immediately thought, “he has struck rock bottom and started to dig.” And that’s how my creative AI operates.