Usually fall is a very busy season for me, but this year I have a reduced schedule because I didn’t book any events (I thought I was going to be running tech for a start-up, but it fell through). Since hunting season is coming, I’ve been taking the drone on patrols and waiting with bated breath for the leaves to turn.

I leaned on it a bit with a smudge/paint filter to blur it because that’s how it feels: patches of colors silently flying by under you as you float in the air.

The edge of the treeline is pretty, too. I decided I would do a horizontal pass along the ground, by setting up the drone’s height and then turning the camera on for a speed-pass at low level.

I was so busy thinking about how I was going to do that, I forgot my finger was still on the forward control.

Often the camera cuts out when the drone hits something, because the battery gets knocked loose. In this incident, the only damage was some time spent rummaging in the hemlock trees trying to find the battery, and two broken propellers.

Last year I was having severe problems with the drone – it would fly and sometimes flip over and pile-drive into the ground. I’m embarrassed to admit that I figured out what the problem was a year later (after DJI replaced the drone under warranty!) – here’s what happened: the drone has firmware, as does the drone controller. Periodically, it starts nagging you that the firmware needs to be updated, which is a process involving copying the .bin file down to a memory card and booting the drone with it and waiting to see if it bricks itself. The controller is updated via the iOS app that controls the display on an iPhone or iPad. What I did not realize is that the battery has firmware too and when you update the aircraft it also updates the firmware in the battery. So, it flew fine until I flew it on a different battery that had not been updated. The last time I updated the drone, I had to do the whole reboot/upgrade process for each of my batteries, and now it works great. I’m moderately happy that the processing power of computers is being used all over the place to produce neat things that are kind of smart and work mostly well – but I hate the fact that we have all become system administrators. Back in the oughties I was predicting a sort of weaponized “singularity” in which system administration becomes top-heavy: 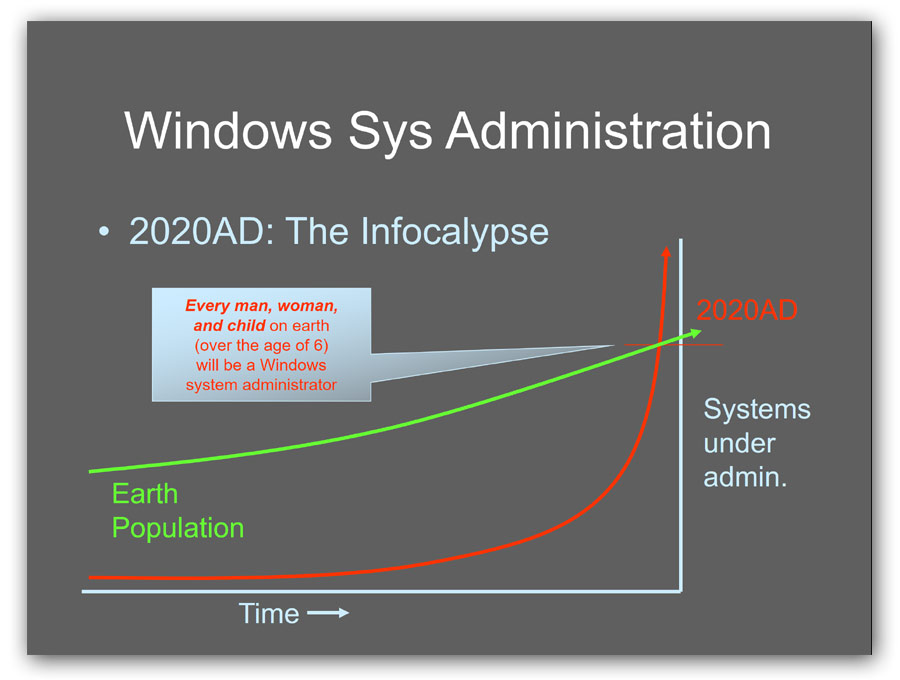 For the record: it was user error. Or, as our support people used to code it back in the start-up I was running in the 90s: “EBCK” – Error Between Chair and Keyboard.

Bonsai, Anyone? » « I Had No Idea This Was a Thing