I’m going to do a small series of postings extracted from an archive of video interviews that I made in 2010. It was one of those projects that (so far) has died a horrible “death from success.”

Some background: I was at a conference in Texas and encountered an honest-to-goodness lunar landing denialist. We talked for nearly 2 hours as I tried to get a grasp on what the heck their issue was – I couldn’t see how anyone could think such a silly bunch of things, but he was sincere. Our discussion finally centered on my question of “if you think it didn’t happen, what was that gigantic thing that went into the Florida sky, that everyone saw? You know, with all the smoke and flames and stuff?” That was when he said, “Oh, we got into orbit OK, but they just stayed up a while and came back down.” 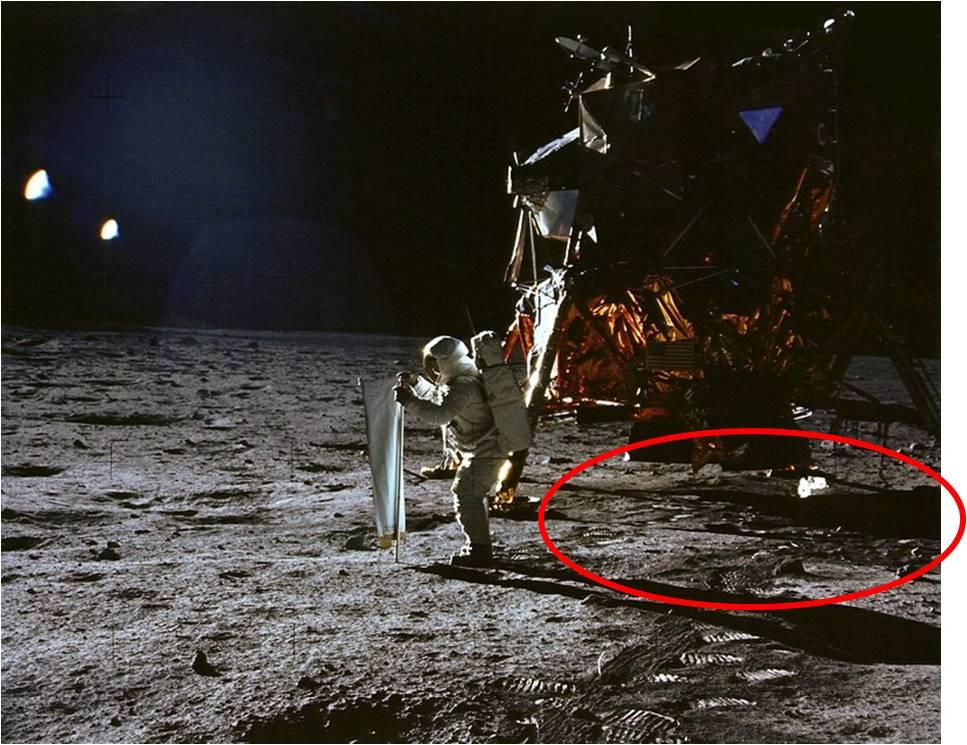 You know the expression “laughed ’till I was sick?” He caught me in mid-breath and I almost threw up, I was laughing so hard. Then I explained that getting something that big out of the gravity well was the hard part, and that faking that part would be almost as hard as actually going to the moon. We parted ways and I went to dinner with a friend, and wine was involved, and later I was trying to sober up in the shower when I had this thought: “Where did all the people who did that fake program go?” 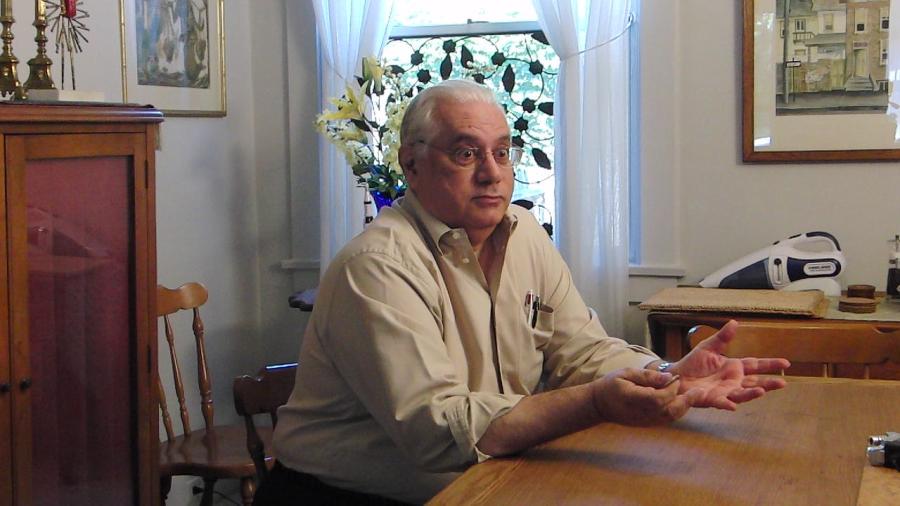 The production manager. “There is only one Hollywood. Nobody can touch us. After the project was completed, we all wound up in LA – where do you think all the SFX for Star Wars and Blade Runner came from, anyway?”

The real moon program spun off all kinds of ancillary technologies (like the Manhattan Project did) that dramatically boosted the US’ technological advances. There were people figuring out all kinds of insanely complicated things, like how to re-enter atmosphere at 20,000mph (also a useful skill for ballistic missiles) and so forth. Where did those people go?

It turns out, I know a few of them.

My big “aha” moment in the shower was realizing that a smart technical person can bullshit circles around someone less knowledgeable or technical. In a flash I conceived the entire project.

I called it “Coming Clean” – a documentary of interviews with the many technical nerds who were involved in faking the moon landing. A friend of mine got involved, and we made a punch-list of our main “cast of characters”: the KGB agent, the model-maker, the spacesuit prop-maker, the continuity expert, the project manager, the special effects coordinator. Then I cooked up a few basic themes – incidents that occurred during the production – and simply asked very smart people to spew bullshit about those incidents, in character.

It worked so well that I have 5 hours of unedited video, much of which is hysterical, some of which is brilliant. Trying to make sense of all of that, in a real documentary format, was simply too much work for me. My video-editing skills are barely up to basic stuff, and a top-notch documentary is out of reach. What should have been a brief silly youtube joke turned into a Big Project, and Big Projects have bigger expectations, and … I got stuck. 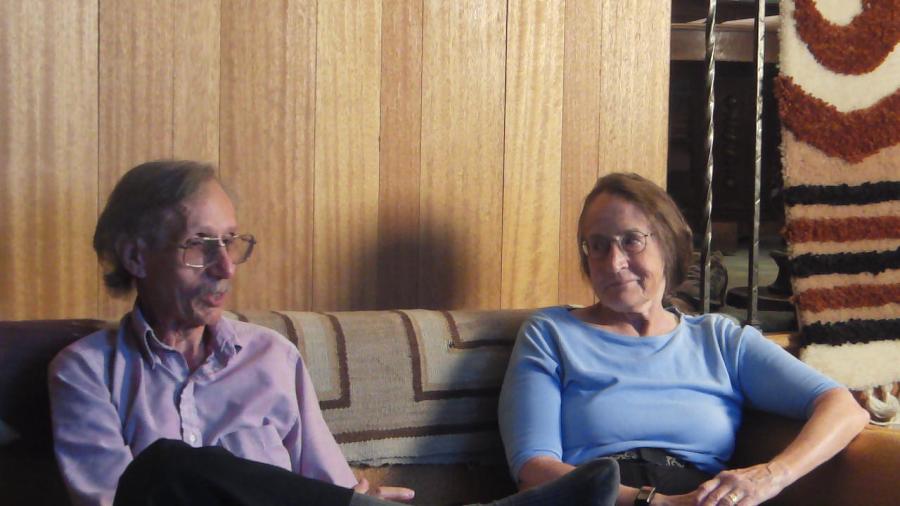 The LEM model continuity expert, and his wife, the woman who designed the proportion of portland cement to make the “lunar” surface. They got married on the “set” and are still happily together.

My friend canvassed a bunch of his friends from the science departments of Carnegie-Mellon and Google research, and we sat down with them, gave them their character thumbnail sketch, and let them go at it. I asked them leading questions about the talking-points that made the thread of the whole narrative – basically reversing the process of documentary, in which the documentarian tries to find the thread – we all had a wonderful time. The lovely couple on the couch are both senior science faculty, and let me tell you, when brilliant people decide to cut loose with bafflegab, it’s weapons-grade bafflegab!

As the project evolved we realized that there were whole roles that would have had to exist, which nobody (but us!) have thought of. I’ll drop one spoiler: at one point I interviewed the continuity expert, the person who maintained the master script. As it turned out, everything had to be very closely time-sync’d to match physical predictions – a fraction of a second of non-delay in communications would give the whole game away! The fellow I interviewed told me, with great passion and tremendous detail, about the warehouse they had in New Mexico that had the entire flow-chart of the project up on the wall – and how a last-minute change in one of the missions meant they had to pull all-nighters to re-compute all the side-effects in order to make the fake physics still work. By the time he had finished explaining how much work went into it, I was genuinely pitying him and his team. They were Great Americans, Making America Fake at a time when America needed to be fake.

I’m going to use this blog (and now this posting) as a way of forcing myself to pull this stuff from the archives. What I’m going to do is not try to do a full documentary – instead I’ll review the parts from each of the project-members I interviewed, and post a few little clips for your enjoyment.

And this is the last time I’m going to spoiler it. Maybe someone will walk into this narrative in the middle, and send it to Alex Jones.

“a smart technical person can bullshit circles around someone less knowledgeable or technical” – I started to formulate general theories of lying, and then tore them apart with interior skeptical challenges. I doubt it’s worth doing a posting on that stuff, but… One of the things I realized is that perhaps humans are optimized to detect lying on a 1:1 basis, because that’s what we almost exclusively experience. So, the larger the number of people that are “in on” the lie, the more people are likely to buy it. If you’ve ever seen The Sting [imdb] it’s a good example of what I’m talking about: everyone is in on the lie except the mark. I also theorized that (in spite of that we don’t know what “intelligence” is) lying down a knowledge-gradient is almost always going to be more successful. I believe, quite seriously, that I just explained the American “conservative” movement. And, if you don’t believe that explanation, watch some old videos of William F. Buckley – that’s where I came up with my description of him as “a stupid person’s idea of what ‘smart’ sounds like.” Then, based on my partial theory of lying, I was thinking about how to construct a sort of trolley-car experiment to see if it was possible to measure an inflection point at which WEIRD students let their guard down. But, ugh, social science.