ATLANTA, Jan. 1 – Donald L. Hollowell, a prominent Atlanta civil rights lawyer who played a part in a number of leading Georgia desegregation cases and later became an official of the Equal Employment Opportunity Commission, died here on Monday. He was 87.

The cause was heart failure, his family said. 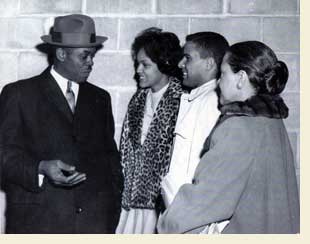 His obituary in The Times is pretty stellar: joined the Buffalo Soldiers when he was told he’d have to quit school to make ends meet, served with some distinction in WWII earned a law degree from Loyola in Chicago, blah, blah. The Times is, as you’d expect from the mouthpiece of the establishment, a bit dry about Hollowell. Hollowell gained a view on racism when he was in the army, seeing how the army – and later the Jim Crow south – treated people. He concluded that black people in America were going to need lawyers, so he became one.

And lawyer, he did. He won a 1961 case against University of Georgia that resulted in the University finally admitting two black people (one man, one woman). He won the release of Martin Luther King, Jr., from Georgia State Prison – at a time when most of the civil rights movement expected King to be shot while trying to escape, or something like that. It was fairly clear from the way the prison authorities tried to move King around that they hoped to “lose” him somewhere where something bad could happen to him. 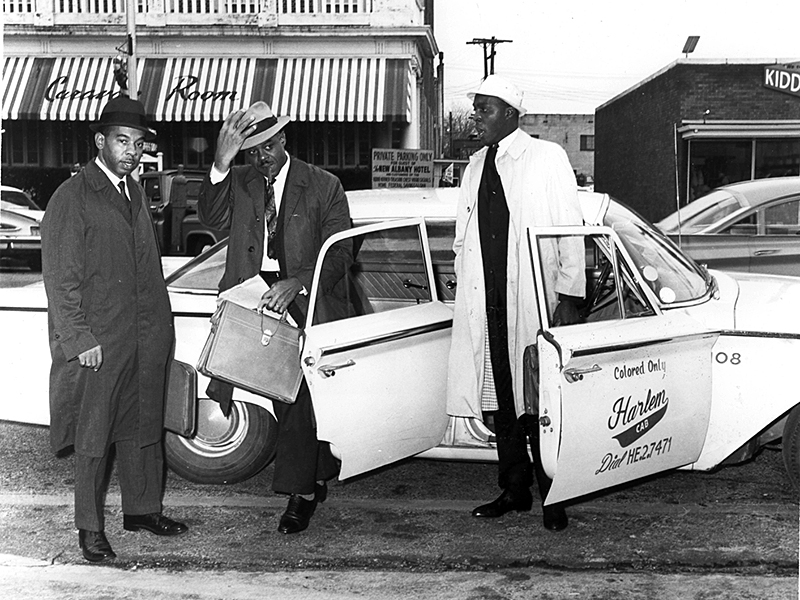 Hollowell and Jordan. Look at the door of the taxi. The US was such a disgusting place in 1960. Has it improved enough? No.

University of Georgia has a page [uga] about “unsung footsoldiers of the civil rights movement” but I’d sing him more as ‘heavy cavalry’. If you search about Hollowell on the web, there isn’t much, though Malcolm Gladwell does a pretty good bit on some of what Hollowell endured [rhp]. I’m not a big fan of Malcolm Gladwell but he does have his moments when he gets it right:

The two of them, Hollowell and Jordan, would drive around Georgia, from one end of the state to the next, to towns and courtrooms where a black lawyer was not just an anomaly, but a provocation.

Hollowell was subversive, in his own way, but also formal, proper. They used to say “He talked like a black Shakespeare.” Hollowell once paused in the middle of a trial, to instruct the court on the correct pronunciation of ‘Negro.’ Not ‘Nigrah’, your honor, but ‘Negro.’ Another time he was up against two district attorneys in court and the moment he got up to speak, the white judge swivelled in his chair, with his back to Hollowell, so he would not have to suffer the indignity of gazing upon a black man.

Of course Hollowell could not ask racist judges to recuse themselves from his cases; they were all racists in those days, in that state, of this deplorable country. Hollowell was not allowed to eat in the cafeteria at a courthouse; he and Jordan often went to grocery stores and bought bread and cheese and bratwurst, and ate sandwiches in Hollowell’s car – like migrant workers.

Back to Gladwell’s words:

Moore talks about arriving early at a hearing into the police shooting of a black teenager, to handle things before Hollowell got there.

“I got down to Deer County and to the courthouse, there were about 3,000 negroes on the steps. And I went into the courthouse and there were about 3,000 or as many as they could fit in the balcony upstairs. When I walked into the courtroom, the people upstairs, the black people, said “that ain’t Hollowell!” (laughs) “Where’s Hollowell?!” I had no idea what I was supposed to do, so I said well, I’ll act like Hollowell – I’ll just object in the loudest voice I can. And then people up in the balcony said, “Well, he ain’t Hollowell, but he’s sounds like Hollowell!” (laughs)

When Hollowell showed up at the court, he put the police officer on the stand. He’d shot a 17-year-old boy named Acey Hall. Hollowell took the officer through this testimony bit by meticulous bit, slowly exposing the officer’s lies. The cop was in tears by the end.

(Moore continues) “I’ve never seen that before or since, when a lawyer completely takes control of a witness and binds that witness to his will. Not with shouting and screaming, but with systematic, well-structured, well-placed questions.

I wouldn’t mind at all seeing a statue of Donald L. Hollowell.

I am not a “conspiracy theorist” but I’d be quite willing to bet a largeish stack of money against a smallish stack that elements of the US Government were behind King’s assassination. It’s not like they hadn’t been trying a bunch of tricks to get rid of him, already. And, when you compare Ray’s orderliness with Oswald’s, it’s always struck me as silly that conspiracy theorists see the CIA behind Kennedy and don’t even look at what an orderly well-run political hit looks like. [stderr] It looks like what happened to King: someone very deniable, willing to shrug and claim guilt, and do the time – along with some plea deals to avoid a death sentence. It was probably an emergent conspiracy: everyone in the state wanted King dead, Ray was just the filthy dirty trigger finger for the entire murderous civilization.

George Tenet was given a Presidential Medal of Freedom. Along with General Tommy Franks and L. Paul Bremer. Let that sink in.

A bit of bittersweetness: Hollowell’s widow of 61 years wrote the first book about him. Clearly he touched more than just my heart. Honor, always: 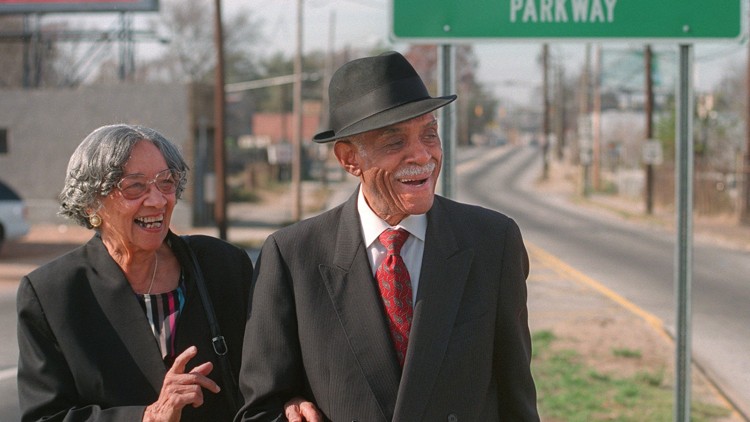 Hollowell did more for humanity in any given day of his life than Robert E. Lee, so they named a traffic jam after him. Why not a great big boulevard? Oh, wait: 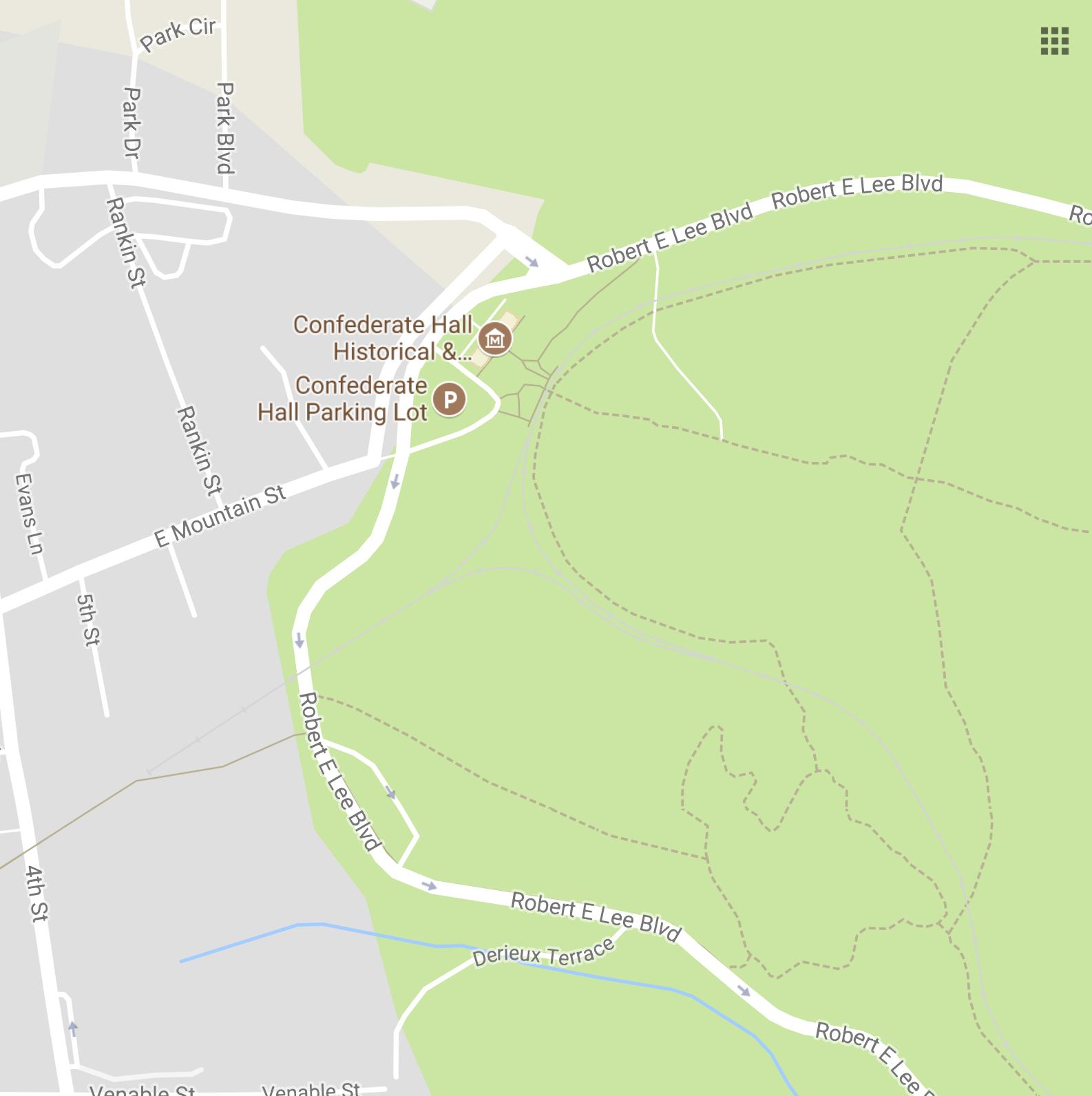 One of the cross-trails is named “Cherokee Trail” Fuck you, southerners. Really. Fuck you.