I posted some in-game footage of black holes in Elite.[stderr] Imagine my surprise when I had a similar effect in my own kitchen. Sort of.

The water bead in the water is just me farting around with random stuff in my kitchen. More on that later.

I’m guessing that the diffraction effect is probably going the opposite way that a black hole would, since the distance light would travel through the gel/water is shorter if it’s a chord, whereas with a black hole it would bend toward the singularity. I’ve got a 50/50 chance of being right!

Here’s another screenshot from Elite, because, I have a lot of screenshots. 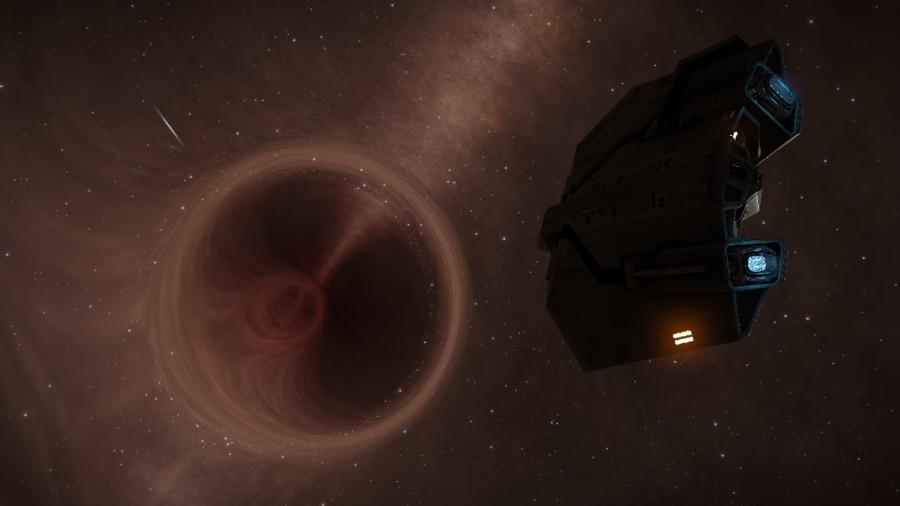 That’s Sagittarius A*, the supermassive black hole at the center of the milky way. The stellar background is very bright there because the core is pretty crowded (in terms of stellar distances)

In the Dungeon » « Kind of Embarrassing / Memo to Myself