*Glaaaarch* (spit); that’s the sound of a goblin hacking up a stringy-looking chunk of gristle and spitting it against the stone wall of the dungeon-room. It echoed.

“Dunno,” sighed Morx, “I can’t tell what I hate more, this endless job or your endless complaining.”

“S’not ‘complaining’, it’s ‘whining’,” Grishbag explained, his voice following a weird tonal range similar to a wood-saw being used to cut rock. Slouching along his side of the room, he lit another torch, then farted. The Goblin’s Union was serious about all the frills, and farting and scratching were quota-driven performance metrics that the team monitored closely.

The clip of 9mm ammunition hit Grishbag in the back of the head, “Duck!” Morx yelled, artfully late. “That’s supposed to go in that jar over there.”

“Fookin’ jar!” spat Grishbag. “Ooo the hell puts ammo in a jar? Ooo the hell LOOKS for ammo in a jar? And, wait, isn’t this place s’pozed to be unknown an’ abandoned for centuries?” The clip of shiny new bullets (lightly oiled) clunked to the bottom of the jar. Grishbag managed to simultaneously whine, mumble, and fart, as he lit the final torch on the wall.

Morx arranged some ammunition and a modern medikit in the iron-bound treasure chest, then carefully removed the red tag “REMOVE TO ARM” from the crossbow trap. “I feel like I’m wasting my life. But it’s the only way to get on the supervisor track.”

They shuffled on to the next room, and Morx whistled silently as he looked at the huge, vaulted, ceiling. Grishbag’s whining was a steady tone as he individually cursed every hero and champion that had messed up their handiwork. At least there wasn’t a bridge or masonry that needed to be reset.

“Just imagine the ‘owlin if I used a plasma otto-turret from Scenario C over ‘ere. It’d insta-kill.” Grishbag spat another chunk from his collection of gristle and stuck a rocket-launcher behind the boss-altar, “there was a guy, years ago, did what like that by accident. ‘Was a stinkin’ great streak of wipes before The Mgt caught on an’ did an audit. Oh, hullo….” he trailed off.

The Boss stomped in, in full kit, a gigantic sword in his hand and a huge frown on his fanged maw. Morx noticed that the armor around The Boss’ waist was chafing him pretty badly. He looked miserable.

“Here we go again,” intoned The Boss, “another session of chasing around the hero with this 200lb monstrosity,” (waving the sword) “while they stay just out of reach and shoot me with that rocket launcher.” His sigh sounded like it came from the bottom of a deep well, “sure, I’ll wipe them a couple of times, but they’ll just hit ‘continue’ and eventually, it’s gonna end with a cutscene.”

Morx was sympathetic, “we can turn the lights down a bit. You’ve got night vision, right?” He kept stuffing rockets into the designated locations as he talked. 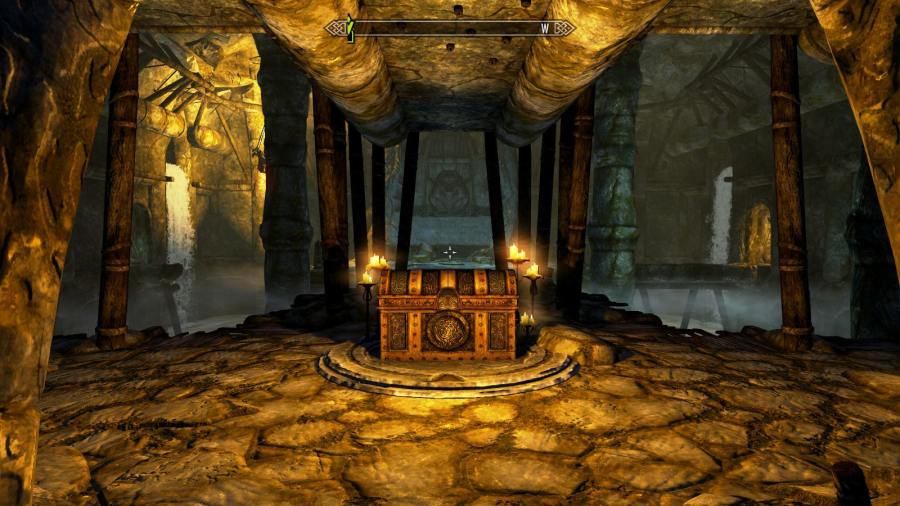 “It doesn’t matter,” intoned The Boss, “I’ve got to sit here with this sword, while there’s a perfectly good rocket launcher right there that I could grab. Imagine the whining if I did that! I have night vision – I could just stand here in the dark and smash them with my sword while they stood around with torches like helpless rabbits. Here I am, a 300 year-old senior lich-mage and I’ve got to use the subtlety and strategy of a troll that was born last week. I got a doctorate in applied necromancy for this.”

At the word “whining”, Grishbag perked up. He had been shambling about lighting all the torches, which were now burning merrily; the great hall looked exactly like it had been sitting empty for hundreds of years with all the lights on.

“Oh, I have to drop the scroll,” remembered Morx, rummaging in his prop bag.

“Right, the scroll,” intoned The Boss, “the one they’re going to find after they kill me. The one with the solution to the puzzle the next level down. This place has terrible security, doesn’t it? We had dwarven engineers spend years making those gigantic bronze doors and traps and puzzles, and then you’ve got the answer written on a scroll that – for some unexplainable reason – I’m so stupid I carry it around in my pouch. It’s insulting my intelligence, is what it is,” he intoned huffishly.

Just then, the troop of Nazis marched in, and Sergeant Steiner threw a snappy salute to The Boss.

“The adds are here. Time for us to be gone,” said Morx, waving, as he dragged Grishbag snuffling and whining out the stage door.

Lately, a friend of mine and I have been playing Prey (it’s pretty good!) and we’ve been joking a lot about the way mimics seem to like to carry shotgun ammunition in their – uh – well, they don’t have pockets. Arkane Studios, which did Prey and Dishonored seem to be pretty good about that, in my opinion, but there are so many games that utterly fail to keep suspension of disbelief: here you are, breaking into an ancient dwarven underground fort that hasn’t been explored in hundreds of years and some poor bastard orc has run ahead of you and lit all the torches. I always pitied the poor monsters who sit there, bored and hungry for hundreds of years, only to get backhandedly smashed by the player as they rampage through.

The worst, to me, are the ones where you’re discovering a long-hidden abandoned city, someplace – let’s say it’s R’lyeh – and you debark from your ship onto the forbidding shore, explore your way to a giant building, and discover that there’s an entire regiment of Nazis there ahead of you. If it’s been abandoned and undiscovered (let alone underwater) how did they get there ahead of you? Worse, they’ve littered the place (as Nazis do!) with ammunition, and hidden heavy weapons unattended all over the place. 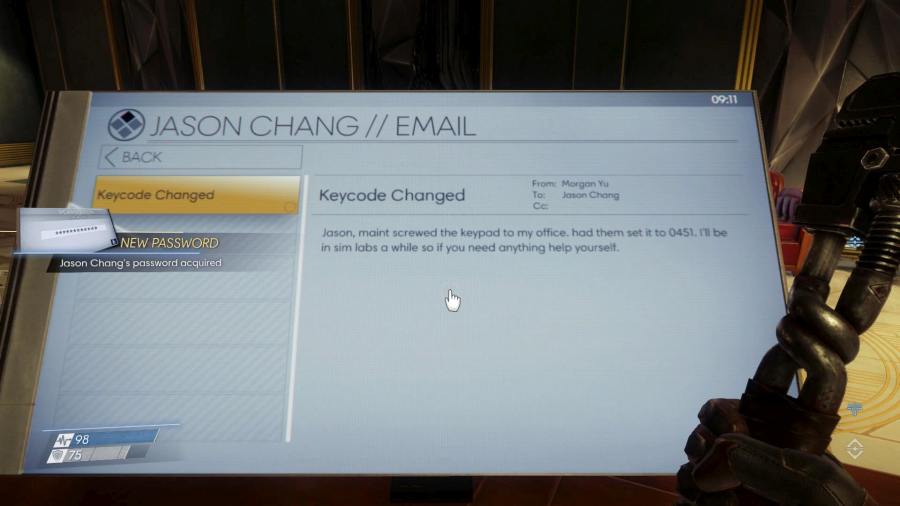 My friend and I both work in computer security, and Prey features computer systems fairly heavily. Pretty much every door with a lock that you encounter, somewhere, has an email with the password in it. Or, there’s a post-it-note with the password on it. It’s like John Podesta was in charge of security for this incredibly secret facility during the middle of an alien invasion.

Monday Meslier: 3 – Similarity Between Ancient and Modern Miracles » « Not Quite a Black Hole